Music for the 21st Century, For Today 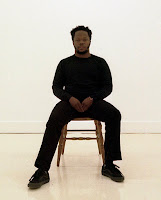 I do not receive Blue Note albums to review - I buy the ones I really want.  Over the past decade, trumpeter and composer Ambrose Akinmusire has caught my ear and mind, not only on his own recordings but also his work with David Binney, Walter Smith III, and Wolfgang Muthspiel (to name but three).  His own recordings stand out for the width and breath of his imagination. Yes, he's a fine musician yet it's the 36-year old Oakland California native's compositions and arrangements that truly set him apart.  Akinmusire absorbs all he hears on the bandstand, in concert halls, in practice room, on the radio, and in the streets, adding those myriad sounds to what he reads in books, essays, and in the daily papers. 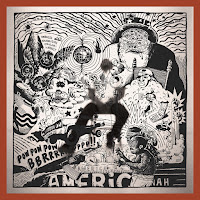 "Origami Harvest", his fourth album for Blue Note Records, is, arguably, his most ambitious sonic adventure.  The six original compositions feature two members of his Quartet, pianist Sam Harris and drummer Marcus Gilmore, plus vocals from rappers Kool A.D. and LmbrJck_t as well as impressive string work from The Mivos Quartet.  I have yet to hear the entire album - still, judging from the fascinating video below, this is a major work.  Filmed in the streets and from the sky above his native city, the film compiles excerpts from the entire album, with natural images interspersed with impressionistic choreography and the powerful vocals. Experimental? Yes!  Thought-provoking?  Absolutely! Let this music soak in. Art has the power to disrupt even as it entertains.

For more information, go to www.ambroseakinmusire.com.

*********************************
It would be remiss of me not to mention that Jason Crane and The Jazz Session is back.  You can see that in the right-hand corner of this blog.  In a bit of shameless self-promotion, I was fortunate to be interviewed by Mr. Crane as I am a sponsor of his work on Patreon and he asked if I would contribute to his "subscriber Bonus Material" by talking about one of my favorite albums.  Readers of this column how hard it is for me to pick a Top 10 every year (some years, as high as 42) but, for the sake of sanity, I chose two and went with a third, "Freedom Suite" by Sonny Rollins, his ground-breaking recording from 1958 featuring drummer Max Roach and bassist Oscar Pettiford.  I invite you to listen (click on the link) as that post is open to the public and I urge you to be a Patreon subscriber.  There are few interviewers, if any, more engaging than Jason Crane and you'll learn a lot about some fine creative artists.
Posted by Richard B. Kamins at 5:52 AM