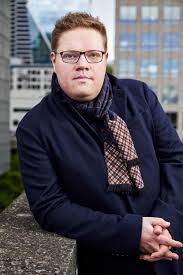 Honestly, I have been returning to listen to the latest album from singer and songwriter Jeff Baker since it arrived at the beginning of 2018.  "Phrases" (Oa2 Records) is a 76-minute program that, on initial listens, struck me as a series of vignettes on love and loss as if Baker was working his way through a dark time. On a personal note, throughout the year, the writer has dealt with deaths and/or illnesses of friends and relatives as well as health issues that affected the closest of compatriots.  The solace received from certain recordings and live performances was great but how does one write about the unspeakable.  I am not such a fool as to drown my sorrows in drink or drugs but crave the nearness of people.  Heaven forbid, I read about contemporary politics - much of the good happening in the world, in this country, and the state is covered by screaming headlines of divisions and inequalities (proving that not much has changed over the years only that we hear about faster and from all corners of the globe.  Easier to curl up with a book with music welling and cooing in the background. 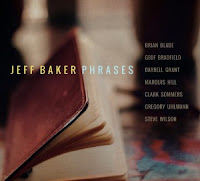 Back to "Phrases."  From Baker's adaptation of Pablo Neruda's poem "Tonight I can write the saddest lines" to the singer's quiet take of "Don't Worry 'Bout Me" (from the pens of Rube Bloom and Fred Koehler), the songs deal with issues of the heart.  He's got quite a sparkling band, one that includes Darrell Grant (piano), Clark Sommers (bass), and Brian Blade (drums) as well as the smart reeds of Steve Wilson (alto saxophone) and Geof Bradfield (tenor saxophone) and the powerfully rich trumpet of Marquis Hill.  One also hears the electric guitar of Gregory Uhlmann plus contributions from the Avalon String Quartet (Blaise Magniere and Marie Wang on violin, Anthony Devrove on viola, and Cheng-Hou Lee on cello). 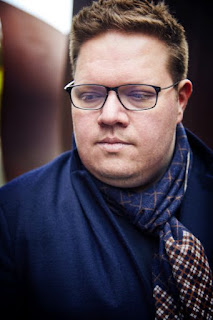 Listen to how Baker folds his tenor voice around the horns on "Lost" with Blade really driving the ensemble, Uhlmann's ringing guitar phrases (good solo as well) and Grant's flowing lines in support.  This is one of the songs that pulled me back into the album, lyrics that spoke of possibilities, mostly positive.  Note how Wilson's expressive soprano sax dances with the guitarist in the solo section of "Salinger" - based on a short story by the late J.D. Salinger as well as novel by Stephen Chbosky, this song also shows the influence of the music of Sting.  The slow ballad "Harbor" (composed by bassist Sommers and Baker) is a true love song, no premonitions of breaking hearts.

Still, it's hard to stay away from the heartbreak.  Baker's sweet take of Bonnie Raitt's "Not 'Cause I Wanted To" (which opens with a fine bass solo) is emotionally rich without being saccharine.  "People of Paper", based on the 2005 debut novel of Mexican-born author Salvador Plascencia, is a story of love unrequited and lost.  The horns float above the vocals until Hill steps out with a most reserved yet heartfelt solo - don't miss the short but stunning soprano sax phrase as the piece fades away.  .

Several of the reviews have said that the songs on "Phrases" go on too long and no one song stands out. I beg to differ; to my ears, each piece is part of a longer story, a tale in which love and loss are at the center.  Pay attention to the musicians Jeff Baker surrounds himself with, how they serve the music, how the arrangements have a strong sense of drama, and how Sommers and Blade offer such great support.  And, I can't through "A Hundred Less One" without tearing up knowing it speaks for the many people I know who have been married for decades.  Some music blazes trails, some music makes you dance, and some music takes so far inside yourself you feel as if your life is exposed to the world. "That's "Phrases" in a sentence!

For more information, go to jeffbakerjazz.com.

Twenty-two years ago, New York Voices shared the bill on an album alongside the Count Basie Orchestra.  Five years ago, the quartet - founded in 1998 by original members Kim Nazarian, Darmon Marer, and Peter Eldridge plus Lauren Kinhan (who joined in 1992) - recorded with the WDR Big Band.  2018 finds them joining the Bob Mintzer Big Band for "Meeting of Minds" (MCG Jazz). It's a treat from track one, a bluesy take on "Autumn Leaves" to the hard-driving samba of "I'll Remember April." 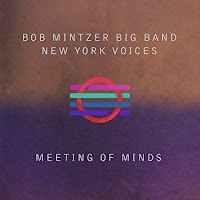 The album title certainly refers to the splendid band arrangements written by Mintzer as well as the wonderful vocal arrangements by Marder.  Yet, it's Eldridge and Marder who arranged both the band and vocal arrangements on Hoagy Carmichael's "I Get Along Without You Very Well" and Meader who does the dual honors on the Big Band (without NY Voices) on "I Want To Be Happy."  The former has a more "modern" sound with an arrangement perhaps influenced by Maria Schneider (especially how the high reeds frame the voice).  The latter tune bounces along on the powerful drum work of John Riley and solid bass of Jay Anderson.  Arranger Marder shines the spotlight on Scott Wendholdt's trumpet and the delightful piano of Phil Markowitz (both in support and when he takes his solo.) 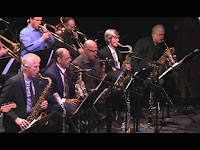 The 17-member Mintzer Big Band has been in existence over 35 years, recording 21 Lps and CDs for labels such as DMP and MCG. Since 2004, the BMBB has issued seven CDs for the Pittsburgh, PA-based label.  Composed of musicians who are busy in large ensembles action both coasts, they can play just about everything.  Listen to the funky take of "Old Devil Moon" - with its raucous vocal from Ms. Kinhan and "down-and-dirty" drums, one feels the need to dance.  Check out the way Mintzer supports the voices of Ms. Nazarian and Mr. Eldridge on "The Way You Look Tonight" plus the smashing center section of wordless vocals and section voices.  The long tenor sax solo from Mintzer is also a treat.

Even though the vast majority of the music on "Meeting of Minds" comes from the 1930s-40s Golden Era of the Great American Songbook (save for Mintzer's original "Weird Blues" yet that would sound out of place played by the Count Basie Orchestra in the late 1950s), this album is no throwback.  Kudos to the Bob Mintzer Big and and New York Voices and all involved bringing this project to light! This album will brighten your day and do so perceptibly.

Here are the groups in action: