Hart Transplant + Heartbeat of the Music

Earlier this week, I posted a review of the new CD by John Raymond (read it here) and reported that the group on the recording will be performing at Firehouse 12 in New Haven this Friday May 1.  Turns out that drummer Billy Hart is unable to make the gig but the Quartet won't miss a beat as in his chair will be Craig Weinrib (pictured). He's toured and recorded with alto saxophonist Ben van Gelder plus is a member of pianist Sam Harris's Trio and Henry Threadgill's Double-Up.  He's also played with a slew of fine progressive musicians such as trumpeter Jonathan Finlayson and pianist Glenn Zaleski. 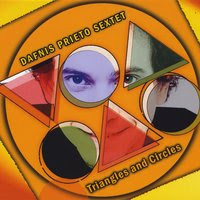 Drummer/composer Dafnis Prieto, born and raised in Cuba, has been a resident of New York City since 1999. He has been turning heads and winning awards for his work ever since.  His dynamic drumming has propelled the music on recordings by Henry Threadgill ("Up Popped The Two Lips"), the Arturo O'Farrill Trio, the Caribbean Jazz Project, Yosvanny Terry, Steve Coleman & The Five Elements ("Lucidarium"), and Kip Hanrahan ("Beautiful Scars").

He's also released 6 CDs as a leader, the latest being his 2nd with his Sextet.  "Triangles and Circles" (Dafnison Music) continues his quest to make music that expands the spectrum of Latin music, with rhythms and melodies from his native Cuba, the Caribbean and South America.  His working band includes long-time associates Manuel Valera (piano) and Peter Apfelbaum (tenor and soprano saxophones, melodica) plus Felipe Lamoglia (alto saxophone), Mike Rodriguez (trumpet), and Johannes Weidenmueller (acoustic and electric bass). First time listening to the CDs, it's hard not to be impressed by the musicianship, the arrangements that allows each voice to stand out, and the exciting interactions.  Yet, by the time one is halfway through the program, what truly stands out is how Prieto not only drives the band but also how he, Valera, and Weidenmueller create an amazing world of rhythm beneath the group.  The drummer, on pieces such as the explosive title track, on "The Evil In You", and on the closing cut, "Opening", is so incredibly funky, one cannot sit still - this is dance music of the highest order.  That title track has such quick mood shifts, fiery drumming, and brilliant work from Valera who really directs the music. "Opening" also features an exciting drum solo but, again, listen to how Valera sets the mood with his trance-like high notes and thick low notes. Even on the ballad "Flores", the tango-like rhythms are sensual, seductive, and pull one to the dance floor.  It's such a treat to hear how the piano, bass, and drums dance as the alto solo unwinds.

Listen to Prieto as he steps lively beneath the alto and tenor saxes plus the trumpet at the beginning of "Two For One" - if that does not move your feet, I doubt anything ever will. Make sure to notice how the composer brings the front line together, weaving their lines in and around each other then setting each soloist free.  The voicings behind the piano solo, the stops-and-starts, the playful drum solo, all adds up to an enjoyable aural experience.

"Triangles and Circles" is yet another gem in the catalog of Dafnis Prieto.  And, if this music is so visceral and electric in the studio, the Sextet must be utterly "killing it" in person. Run, don't walk, and find this intense, vivid, and colorful music.  For more information, go to www.dafnisonmusic.com.