Although this notice is a tad tardy, you still have time to catch the duo of Mary Halvorson (guitar) and Stephan Crump (bass) tonight (4/01) at 7 p.m.  They are playing at a new venue on the Wesleyan University campus in Middletown, CT, Earth House, located at 159 High Street (as a resident of this town, I can tell parking may be an issue, although there should be spots on Lawn Avenue, right around the corner. The duo, known as Secret Keeper, is in the midst of a short tour to celebrate the release of their second CD, "Emerge", coming out this week on the INTAKT label.  Their itinerary takes them from Middletown to Rochester, NY, up to Toronto, Canada and ends in New York City on April 17 (go to stephancrump.com/shows/ to see all the shows.) The music they create is a fascinating blend of compositions and improvisations, Crump's melodic and thick bass lines interacting with Ms. Halvorson's slippery, percussive, and highly expressive guitar work.  For more information about the duo's recordings, go to www.intaktrec.ch/249-a.htm.  (There is no contact phone number or email address for the Middletown venue but the concert is open to the public.

The reason that Marcus Strickland is listed as "possible" on the Ben Willams gig is that he is also listed as a member of the Ralph Peterson Sextet that performs that very same night at The Side Door Jazz Club in Old Lyme.  The powerful drummer, composer and educator is scheduled to perform with an ensemble that features Strickland, Luques Curtis (bass), his brother Zaccai (piano), Sean Jones (trumpet) and Hailey Niswanger (alto and soprano saxophones).  With or without Strickland, this is one heck of an ensemble.  Peterson carries on the tradition that master drummer Art Blakey instituted with his Jazz Messengers in the 1950s, blending younger musicians with more established players to create an exciting sound that looks forward while building on the jazz tradition. 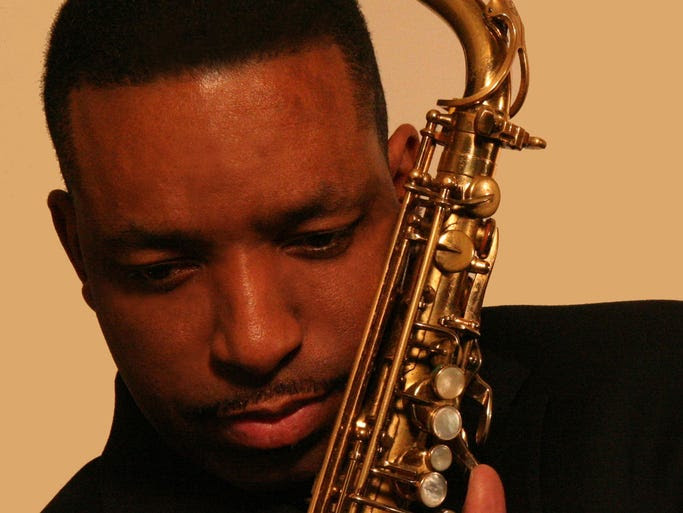 The following night, The Side Door opens for the Donald Harrison Quintet. The New Orleans native is a busy musician, whether touring with his own band, writing soundtracks, performing on television (he was an integral part of HBO's "Treme") and, like Peterson above, knows his jazz history (as a young musician, he toured with the Jazz Messengers).  The alto saxophonist brings a band that features Zaccai Curtis (wonder if he'll spend the evening in Old Lyme after playing the Friday gig), Joe Dyson (drums), Max Moran (bass) and  Detroit Brooks (guitar). With the exception of Mr. Curtis, the band all hails from the Crescent City. The music they'll play will go in many directions but you should expect that feet will be tapping and hands will be clapping.