Life is topsy-turvy at the moment so this post is a bit of a hodgepodge - there's so much going on in creative music throughout the state and the country, it's tough to keep up.  However, here's a quick overview of the following few day plus a nod to a stunning recording. 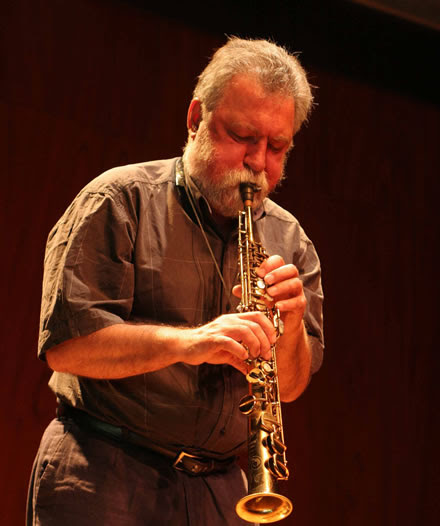 British-born saxophonist and conceptualist Evan Parker is in the midst of a CT Mini-Fest.  On Friday September 19, he'll join guitarist Joe Morris and trumpeter Nate Wooley for 2 sets of fascinating improvisations and musical conversations in the comfortable surroundings of Firehouse 12, 45 Crown Street in New Haven.  Parker is fresh off a week-residency at The Stone in New York City and has played several other shows in the Northeast. The first set is at 8:30 p.m. and the second at 10.  For more information, go to firehouse12.com or call 203-785-0468.

On Saturday, he ventures up to Hartford and plays the inaugural concert in the Real Art Ways 2014-15 "Improvisations" series. Mr. Morris, co-curator of the series, performs again along with the other curator, Stephen Haynes (trumpet, cornet). They'll begin their musical explorations at 7 p.m.  RAW is located at 56 Arbor in the Capital City and you can get more information by going to www.realartways.org or by calling 860-232-1006.

To learn more about Evan Parker, go to evanparker.com.

Colombian-born harpist Edmar Castaneda is in New Haven this Saturday - he'll be performing at 8 p.m. in Morse Recital Hall on the campus of Yale University, 470 College Street.  Not only will he play a number of solo pieces but also be joined by trombonist Marshall Gilkes and drummer/percussionist Dave Silliman. Special guest Andrea Tierra (vocals) will be part of the program. For more information, go to music-tickets.yale.edu or call the box office at 203-432-4158. To learn more about the man and his fine music, go to www.edmarcastaneda.com. 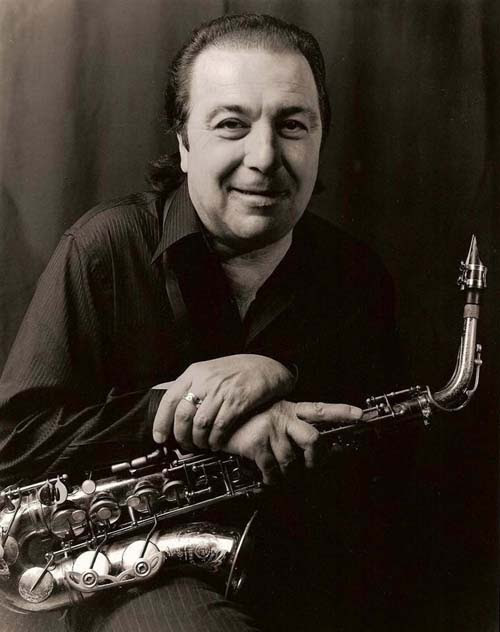 Just your typical busy weekend at The Side Door Jazz Club in Old Lyme.  On Friday night, saxophonist/flutist Greg Abate hits the stage with a "smoking" quartet including CT great Kent Hewitt (piano), Phil Woods-sideman of many years Bill Goodwin (drums) and the splendid Harvie S on bass.  Doors open at 7:30 p.m.and the music starts at 8:30.

On Saturday, it's the Whitfield Family Band. Led by guitarist Mark Whitfield Sr. (whose resume is a true "who's who" of jazz, including Dizzy Gillespie, Herbie Hancock, Quincy Jones and so many more), he gets to create music with his sons Mark Jr. (drums) and Davis (piano) plus the fine bassist Yasushi Nakamura.  Expect some fireworks as well as some sweeter moments.

As I write this, the Festival of New Trumpet Music (FONT) is set to kick off its 12-day run in various venues throughout New York City. If you just do a quick overview of the Festival schedule - fontmusic.org/upcoming-events/2014-festival/ - you'll see names such as Dave Douglas (President, co-founder and participant), Stephanie Richards (Vice-President, participant), Jeremy Pelt (co-curator) and participants such as Kirk Knuffke, Nadje Noordhuis, Tim Hagans, John McNeil, Shane Endsley, Josh Evans, Graham Haynes, and the American Brass Quintet (and there are many more). Mr. McNeil will pay tribute to Laurie Frink, one of the finest trumpet teachers and section players in New York City - she passed in July of 2013. 2 of the concerts will feature music by awardees of the newly founded Laurie Frink Career Grant.  Brass music new and old played by musicians of all ages is on the bill of fare from 9/17-28.  Click on the link above for more information. 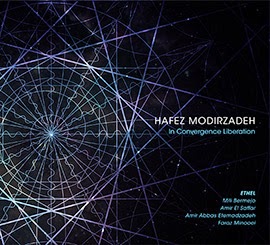 Sometimes, one hears music that is utterly enchanting and indescribable.  Such is the case with the new recording from Hafez Modirzadeh.  "In Convergence Liberation" is filled with references to Persian music as well as pieces influenced and inspired by the centuries of Arab rule of the Iberian Peninsula (Al-Andulus) from 709-1614 A.D.  Modrizadeh wrote all the pieces, plays soprano, alto and tenor saxophones, alto flute, alto clarinet, karma (an ancient Persian double-reed instrument), chains, bells, rattles and net flute, and produced the album.  Joining him are the great contemporary string quartet ETHEL (if you have never heard the group's "Oshtali" CD, music composed by Chickasaw Indian composers, find it now), his long-time musical partner Amir ElSaffar (trumpet, vocals, santur - Persian hammered dulcimer), Amir Abbas Etemadzadeh (percussion, bells), Faraz Minooei (santur) and the incredible vocal contributions of Mili Bermejo.  Her work on 5 of the 6 movements of "Sor Juana", a piece based on the life of 17th Century Mexican nun and feminist Juana Ines de la Cruz (1651-1695) is truly stunning, her husky alto singing in modes common to both Perian and Andalucian traditions. There are moments when the "ancient" blend with more modern music to create a hybrid unlike any you have heard before.  The strings moving sinuously around the percussion and one hears the horns breaking into a 20th Century swing feel.  There's a moment on Part 5, "Libertades" where ElSaffar's trumpet plays alongside Modirzadeh's tenor sax, sounding like Don Cherry and Ornette Coleman. The 4-part "Suite Compost" (for string quartet) goes by in less than 8 minutes yet feels so full and fulfilling.  "Number That Moves" pairs the string with percussion and alto saxophone; Etemadzadeh lays down a compelling rhythm while the strings shimmer and moan and the leader's alto rises above the din.

Is it contemporary classical music?  Well, yes, but it has major components of jazz and world music, making it hard to pin the music to one genre.  That's good for the adventurous listener but might confound many others. So much happens in the 71 minutes of "In Convergence Liberation" that it feels a shame to put the music in a box. Instead, enjoy its ripples, its hairpin changes, its quiet moments, the fiery percussion, and, most certainly, the excellent vocal work of Mili Bermejo. Hafez Modirzadeh has found a rich vein of inspiration and one would be wise to follow his work. For more information, go to www.pirecordings.com/album/pi55.