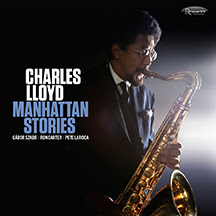 Approximately 47 years separate these 2 recordings but one can hear the plethora of threads that underpin Black American music.

Charles Lloyd, born in Memphis, Tennessee , was educated both in the classrooms of USC and on the bandstand with the Gerald Wilson Big Band as a music director of the Chico Hamilton Quintet. In 1964, he joined Cannonball Adderley's band and performed on that group's "Fiddler on the Roof" CD for Capitol Records.  A year later, he left that group and moved to New York City - he had already released 2 Lps as a leader on Columbia Records, the second of which, "Of Course, Of Course", featured his band mate Gabor Szabo (guitar) who he had worked with in the Hamilton Quintet.

"Manhattan Stories" (Resonance Records) is a 2-CD set recorded in July and September 1965, and finds Lloyd with Szabo, bassist Ron Carter and drummer Pete La Roca Sims.  The September gig, recorded live in Judson Hall, across the street from Carnegie Hall in New York City, took place just 6 months before Lloyd recorded "Dream Weaver", his debut Lp for Atlantic Records and the first to feature the quartet of Keith Jarrett (piano), Cecil McBee (bass) and Jack DeJohnette (drums).  This is his legendary Atlantic group that stayed together (save for Ron McClure replacing McBee) through the end of the decade.

CD 1 is actually the later gig and is taken from the tapes Resonance head George Klabin made as a student at Columbia University. The concert he recorded was part of Charlotte Moorman's Festival of the Avant-Garde. When the engineer and co-producer Zev Feldman sought permission from Lloyd and his wife Dorothea Darr to release the tapes, not only did the saxophonist/flutist agree but gave the duo the tapes that make up the second CD, recorded at the legendary Slugs', 242 East 3rd Street in the East Village. The Saloon/jazz venue closed in 1972, just weeks after trumpeter Lee Morgan was shot to death by his wife.

The music is delightful, 3 lengthy tracks on both disks (the longest is "Sweet Georgia Bright" at just under 18 minutes and the shortest is the following track "How Can I Tell You" at just under 12 minutes - both from the Judson Hall show), and filled with references to Lloyd's love of the blues, his study of classical music, Szabo's musical influences (ranging from Indian scales to blues to gypsy melodies).  Kalbin and Fran Gala did a super job restoring the Slugs' tapes, the "bright" mix allowing Carter's tasty bass work to stand out.  La Roca Sims does a splendid job as both the time keeper and interacting with the soloists. Szabo's piece "Lady Gabor", appears on both disks - it's a tune the guitarist brought to the Chico Hamilton ensemble.  Both versions stretch out nicely, Lloyd's flute introducing the melody, taking the first solo which leads (on both versions) to Szabo's raga-like solo.  Carter's counterpoint is notable, creating a drone of his own. The leader's flute playing really stands, especially for its bluesy quality. On the Slugs' CD, Lloyd picks up the maracas to add to the mesmerizing percussion.  Also from Slugs' is the debut reading of "Dream Weaver" - it's fascinating to note the similarities to the long "jams" the Grateful Dead would go on to create in the next several decades in San Francisco and beyond.  When the piece was recorded for Atlantic Records nearly 9 months later, the composer added a new beginning but the basic rhythms were the same (sounding much like a predecessor to "Forest Flower.") Another treat is the totally improvised "Slugs' Blues", created on the spot for the gig.

"Manhattan Stories" may not be aurally pristine but has a spirit, a grit, and fire that one hears in much of the music Charles Lloyd has created over the 5+ decades of his career.  From the beginning, he's been an explorer, always moving forward, going down different paths yet always being himself.
Kudos to Resonance Recordings for this great package (excellent booklet as well). In addition, the label is making a limited edition 10" vinyl version of the "Live at Slugs'" - go to www.resonancerecords.org/release.php?cat=HLT-8016 to find out more.

In late December 2012, composer, trumpeter, and conceptualist Wadada Leo Smith went into Avatar Studios in New York City to "The Great Lakes Suites" (TUM Records).  Joining him was the rhythm section from several of his Golden Quartet recordings, drummer Jack DeJohnette and bassist John Lindberg - to round out the ensemble, he invited Henry Threadgill to play alto saxophone, flute and bass flute. Smith and Threadgill are part of Muhal Richard Abrams' Experimental Band but their history goes back to the late 1960s, to Chicago and the AACM (Association for the Advancement of Creative Musicians) - DeJohnette was involved with that group back at its formation, as well.

The music Smith has composed for the Quartet plays into each musician's strength. The leader plays with great clarity, focus, a sound that cuts through the speakers with power and articulation.  Threadgill's alto sound can be so tart and clipped while his flute work sings - he is a such a unique player, one never really knows what to expect. Lindberg, at 55 the "baby" of the group (at the time of the recording, both Smith and DeJohnette had already entered their 8th decade while Threadgill was 14 months shy of 70), is one of the most impressive bassists playing in the arco style (using his bow).  DeJohnette plays with extraordinary power and subtlety throughout this music, very much in the "driver's seat"; his creativity is unrivaled, reminding of the work that Max Roach created from the 1950s through the early 2000s.

"The Great Lakes Suites" takes its name from the 5 interconnected freshwater lakes that border the United States and Canada. The 5 tracks named for the Great Lakes are dedicated to Petri Haussila, producer and founder of TUM Records.  The composer added Lake St. Clair to the "Suite", the body of water to the northeast of Detroit that borders Michigan and Ontario Province, connecting Lake Huron to Lake Erie; the lake is used for both recreational and commercial ventures.  "Lake St. Clair" is the cut that closes the program and is dedicated to saxophonist/composer Oliver Lake.

"Lake Michigan" opens the program and is the longest track at 22 minutes. The multi-sectioned rises and falls on the various melodic elements plus the brilliant work of the rhythm section.  Threadgill's alto blends sweetly with the trumpet on the opening and closing themes; elsewhere, the saxophonist's lines weave in and around the other musicians while Smith often serves as both the leader and "town crier", his bright high notes serving as a wake-up call.  There's a serious call-and-response in the opening minutes of "Lake Ontario" for the flute and trumpet plus the bass and drums. Lindberg's furiously bowed bass alongside DeJohnette's "conversational" drums is a magnificent 3-minute adventure before the bass drops out and Smith engages with the drums.  When they finish, it's Threadgill's turn but suddenly the drummer becomes coy, just dropping in a few sounds before the trumpet and bass play a series of long tones. There's a hint of Julius Hemphill's "The Hard Blues" in the opening minute of "Lake Superior" but soon subtlety turns to fire as DeJohnette goes into hyperdrive, pulling his bandmates along (the melody Threadgill and Smith are playing moves slowly atop the fiery percussion.)  The trumpet and alto sax solos serve to remind the listener how creative both musicians can be, pushing against the rhythm section to carve out their own space. Lindberg's pizzicato work supplies as much as heat as his battery mate.

CD 2 has its own pleasures and surprises, none more moving than the stunning unaccompanied bass flute music that opens "Lake Erie" - it's a wonderful mix of sounds, from Native American to South Indian Carnatic music but not beholden to either music. The first to join in is DeJohnette and his work sparks the conversation but he soon steps back to allow Lindberg to interact with Threadgill. The music takes a more dramatic shift when Smith's muted trumpet joins the flute to play a stolid melody. Soon, the trumpet begins a duet with the bass and now the mood has definitely changed, Smith's sonic experiment adding fire where once the meditative flute had been. DeJohnette enter and the intensity level spikes higher. There's much more that happens as the work develops through several more sections, including a marvelously understated drum solo.

If you are fan of Wadada Leo Smith's music, "The Great Lakes Suites" is a must own.  Just to hear these 4 master musicians wend there way through this highly charged yet impressively melodic audioscape gives one hope in uncertain times.  Kudos all around to Wadada Leo Smith, Henry Threadgill, John Lindberg and Jack DeJohnette, to sound engineer Robert Musso, to the liner notes of John Litweiler, to the art work of Markus Kontinnen that graces the covers and others. For more information, go to www.tumrecords.com/041-2-the-great-lakes-suites. 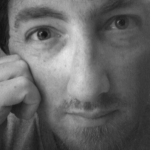 Jason Crane (pictured left) not only turned 41 this week but also returned to radio.  He's now the host of "The Jazz Session" (sound familiar?) Friday morning from 9 - 11 a.m. on The Lion 91.7 FM in State College, PA, the home of the Nittany Lions (ok, Penn State.)  Yes, he is still the host of "The Jazz Session" podcast where his interviews with musicians are notable for the depth of questions (and occasional silliness) and now he gets to play the music he loves to talk about.  If you go to thejazzsession.com/radio-playlists/, you can see just how much territory his fertile imagination and music collection covers.  You can also still sign up to support Jason Crane in his quest to keep "The Jazz Session" in motion.  So, you can listen to his show online (did not see any archives) on Friday or check the great interviews by clicking on the right hand side of this blog post. 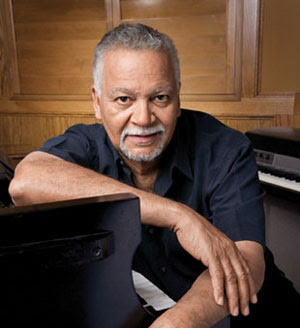 Saddened to read of the recent passing of pianist/composer Joe Sample at the age of 75.  I actually heard The Crusaders before I realized there was a Jazz Crusaders - DJ Don Imus used the band's "Put It Where You Want It' as a theme song, a track from their 1972 debut on Blue Thumb Records.  A funky little ditty, perhaps better known for bassist Wilton Felder's hearty tenor saxophone solo and Larry Carlton's slinky guitar riffs, yet it's the 6-note Fender Rhodes figure Sample plays to open the cut (and throughout) that hooks you from the  word "go!"  Over his career, which spanned 5 decades, he worked with artists as diverse as Eric Clapton, Steely Dan, Joni Mitchell, and Willie Nelson, not to forget his work with Quincy Jones and hits with vocalist Randy Crawford.  Born in Houston, he worked steadily in the Los Angeles studios and and a touring performer before health issues slowed him down as he moved back home in the early 2000s.  Joe Sample recorded many CDs under his own name, the most recent being a live 2008 recording with Ms. Crawford released in 2012. He played with grace and style, rarely if ever showing off.  Joe Sample will be remembered as a good musician and a great man.
Posted by Richard B. Kamins at 9:38 PM