Surprising Sounds or Don't Judge a CD by Its Cover 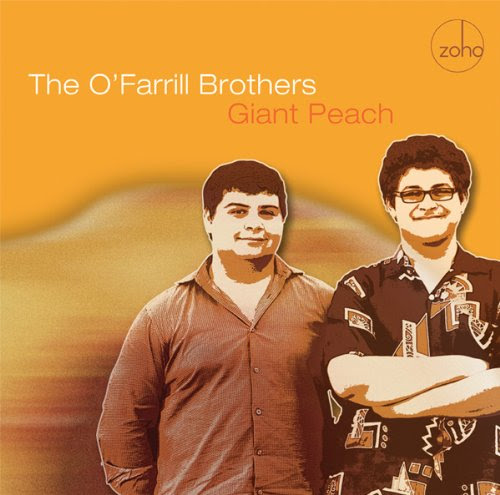 Giant Peach - The O'Farrill Brothers (ZOHO) - Here's a band with some kind of lineage - Grandfather Chico O'Farrill was a great composer/arranger and, arguably, the originator of "Latin Jazz" while father Arturo is also a fine composer/arranger and leader of the The Afro Cuban Latin Jazz Orchestra (whose new ZOHO release "40 Acres and a Burro" will be reviewed in the next few weeks.) Composer/trumpeter Zach (16) and drummer Adam (18) have performed with numerous artists and the quintet that appears on this, their debut CD, is a real working group - and it sounds like one.  Hartford-area native Zaccai Curtis is the pianist, Michael Sachs the rock-solid bassist and Brazilian-born Livio Almeida plays tenor saxophone.  Don't look at the CD cover or the names and expect either music for children or Latin jazz.  The program swings, struts, dances, and is filled with fine playing. The only non-original tune, Benny Golson's "Stablemates", opens the program but it's not a "neo-con" turn.  Brother Zack's parade-style drumming leads the way in and the band marches on through.  Brother Adam gets the first solo and dives in, playing mostly in the lower and middle registers before giving way to Almeida's more mellow approach. The saxophonist contributes "Face It!" to the set and the tune has great forward motion, pushed mightily by Sacks' fine bass work.  One can hear the influence of Wayne Shorter on the saxophonist's style, especially during his solo. The title track, penned by Adam, has an impish Thelonious Monk feel in the opening theme and the trumpet solo is a real joy, bluesy and brash over the driving snare drums. Curtis's solo really moves with and against the softer yet aggressive drum patterns.  "The Composing Process" (great name for a song) is a multi-sectioned piece with a rich melody line and good harmonies; there's plenty of stops-and-starts in the rhythm section beneath Adam's crisply played solo.  There's more playful percussion on "Crazy Chicken", another excellent piano spot for Curtis and the opportunity for Zack to let loose with a smartly-turned drum solo - the best part of the solo is that it's musical and not showy. Adam creates an exciting Latin groove for "Happy Hours" that is anything but typical.  Sacks gets the first solo and displays a flair for melody even as the drummer dances behind him.  The bassist's tune, "Side Street", is a funky groove with twists and turns - Almeida really digs into his solo giving it his gutsy best.
"Giant Peach" is tasty and joyous music played by young musicians with a healthy respect for the past and their eyes and ears in the present.  The rhythms are delicious (sounds great loud), the playing impressive and the melodies quite mature.  Best of all, the young players remind us that jazz can be fun and funky without selling out to "modern fashions."  The future for these 5 fine musicians looks very bright.  For more information, go to www.zohomusic.com.

As You Like - BANN (Jazz Eyes) - The quartet takes its name from its members - Seamus Blake (tenor saxophone), Jay Anderson (acoustic bass), Oz Noy (guitar) and Adam Nussbaum (drums) spent 2 days in the bassist's New Paltz, New York, studio and the results are worth sitting down and soaking in.  Opening with 2 standards and a tune from the debut Crosby, Stills and Nash Lp, the music is loose-limbed and playful.  After a playful groove introduces the pace, Blake and Noy read the theme from Jerome Kern's "All the Things You Are" in unison (first line) and with harmony (second line.)  The solos are rich with ideas and there's a strong sense that these 4 musicians are friends.  They're playing together; not just "playing" their instruments, but having fun with music.  Thelonious Monk's "Played Twice" is another of that master composer's pieces that sounds simple but is anything but. After Blake and Noy play the head (twice), the piece relaxes into a reggae-soaked groove courtesy of Nussbaum's slapping snare and Anderson's popping bass lines.  Both Blake and Noy get to solo over the shifting (and shifty) grooves..now be-bop, now reggae, now back.  Anderson, as melodic a bassist as you'll hear, tosses in a quick solo then Nussbaum trades bars with the band.
The bassist provides 2 original pieces to the program, the swinging "Will Call" (Noy has a great solo, trading licks with Blake) and the bluesy, boozy, "At Sundown."  On the latter piece, Noy's guitar slides, moans, squeals and wails through his solo, moving up and down the fretboard with abandon but not insanely. The guitarist's "Minor Shuffle" has a Steely Dan feel in the melody line and opens up to a blazing guitar solo as well as a fine tenor solo.  The title track is credited to all 4 members - it's got a catchy groove, feeling like the tune the band would play in the last set when they were kicking back.
BANN's music is fun to kick back to, doesn't ask a lot but delivers with good grooves and fine solos.  There are times when that's exactly what a listener needs.  For more information, go to www.musiceyes.com.
Here's the title track for your edification, courtesy of Music Eyes and IODA Promonet:
As You Like (mp3) 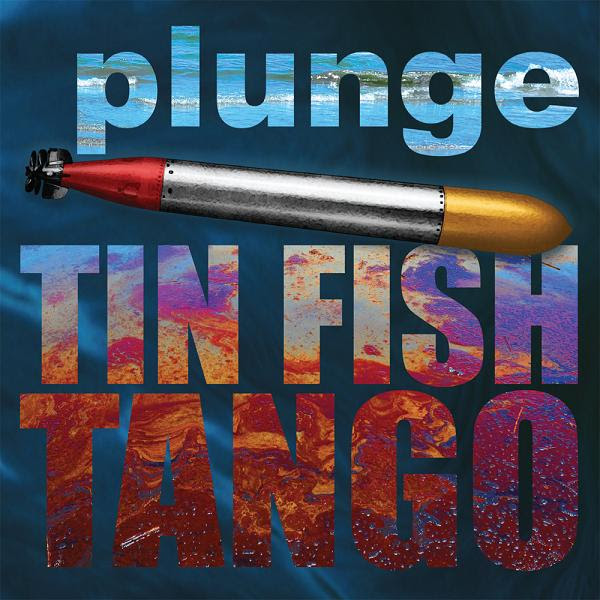 Tin Fish Tango - Plunge (Immersion Records) - Plunge is trombonist Mark McGrain's group and it just might be the funkiest chamber group one has ever encountered. Most of the music is played by McGrain, bassist James Singleton, saxophonists Tim Green (7 tracks) and Tom Fitzpatrick (the other 6 tracks) plus special guest Kirk Joseph (sousaphone on 2 tracks.)  The combination of Joseph and Singleton on "Huff-A-Round" is irresistible with the duo laying down a groove one could drive upon (exactly what McGrain and Fitzpatrick do.)  Singleton whips out his bow for several short phrases while Joseph blows some inspired bottom lines.  He also appears on the disk's longest track, the 9-minute plus "Big Bhang Theory", with its sinuous, slithery, bass lines and bluesy solos - the band resides in New Orleans and one can hear the Crescent City influence in the way the band mixes blues, jazz and soul riffs into their melodies and solos.  There's the strut of "Strollin' With Sidney", the slow drag of "The Kroop" (McGrain gets "down and dirty" here) and the "walking blues" of "Diddlin'" (good tenor work from Fitzpatrick.)
The interplay of brass and reeds is downright intoxicating on several tracks including the group improvisation titled "Pelican Down" and the funky "Bright Side."  The latter track has an urgency in the propulsive bass line and the hard-edged keening tenor sax solo (Tim Green.)  McGrain never tosses off a solo - instead he always seems to go for the jugular, digging into the melody and grabbing on to the groove.  Singleton is both the glue and the "groove merchant", holding down the bottom with his round bass sound and giving the beat a beat of a kick when called for (it's displayed to its fullest several times but especially on "Love's Wildest Talents.")
The only issue with "Tin Fish Tango" is the program goes on a bit too long (68 minutes) but there are pleasures throughout.  Everyone plays well and the inspired moments outweigh the limpid passages.  Pour a cup of herbal tea, dim the lights and savor the sounds.  For more information, go to www.immersionrecords.com.
Posted by Richard B. Kamins at 4:05 PM