I continue my journey through the new releases of 2022. 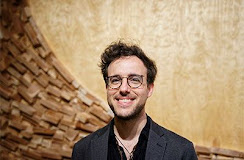 Guitarist and composer Gilad Hekselman started work on his new recording (his debut on Edition Records) just as the world was shutting down in March 2020.  Slowly but surely, the guitarist learned the process of "self-recording" as well as "distance" recording, building the songs layer by layer.  He moved back to New York City in December 2020 and continued the process for another six months.  The results can be heard on "Far Star"––you can't help but notice that the results are more joyful than introspective, the songs steeped in melody and rhythmic excitement. 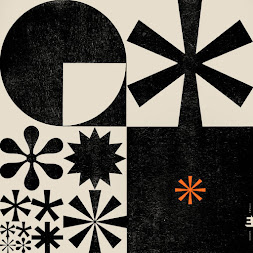 The eight-song program opens with "Long Way From Home"; introduced by Hekselman whistling the melody, special guest Eric Harland jumps right in and the song takes off. The leader overdubs keys and bass but the focal point is the interaction between the guitar and drums.  The drummer appears on four other tracks including the hard-edged "Magic Chord" (which you can hear below) and "Fast Moving Century", a romp that features the keyboard work of Shai Maestro as well as a fiery guitar solo from Hekselman.  The title track is a sensitive ballad/ playful romp featuring the violin and viola work of Nathan Schram plus the fine rhythm section play of Oren Hardy (bass) and fellow Israeli Alon Benjamini on drums and percussion.  "The Headrocker" is actually a funky ditty enlivened by a hummable (or whistle-able) melody and the bright keyboard work of Nomok and percussionist Amir Bresler (two more Israeli-born artists). 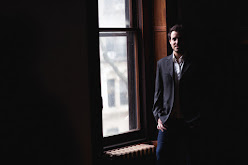 The album closes with the guitar-drums duo (with overdubs)––this time, Hekselman shares the studio with Ziv Ravitz.  While the guitarist sticks to his more melodic side, Ravitz dances and cavorts, every once in a while returning to a more straight-forward role. Instead of bringing the program full-circle, the track continues the guitarist's search for new ways to connect traditional melody with different rhythms.
Now 10 albums as a leader into his career, Gilad Hekselman has continued to mature as a composer and musician. "Far Star" has much to offer the curious listener.
For more information, go to www.giladhekselman.com.  To hear more and to buy the album, go to  to https://giladhekselman.bandcamp.com/album/far-star.
Hear "Magic Chord" featuring Eric Harland:
The trio of Jeremy Siskind (piano, compositions), Nancy Harms (vocals), and Lucas Pino (tenor saxophone, clarinet, bass clarinet) came together a decade ago as the Housewarming Project. The ensemble's goal was to introduce "accessible art music to audiences through in-home concerts" (from
jeremysiskind.com/housewarming-project/) and they succeeded playing over 150 concerts and an on-line series of YouTube videos before the pandemic shut them down.  Yet, the cessation of concerts plus a 2020 New Jazz Works grant from Chamber Music America gave Siskind the opportunity to create an original program for the ensemble. 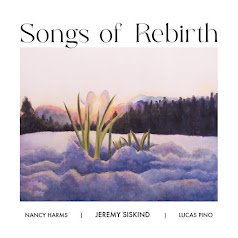 "Songs of Rebirth" (Outside In Music) is credited to Mr. Siskind with Ms. Harms and Mr. Pino; not the Housewarming Project because the two-CD, 22-song program was created and recorded during the Lockdown. Separated into two thematically-linked groups of tunes, Disk 1 is subtitled "True Believers" because the majority of the 12 pieces talks about positive changes created by the forced slowdown. Disk 2, or "Cynics and Snags", is comprised of "darker" tunes. Still, Siskin "dots" the program with five takes of "Quarantine" open with the line "I break/broke quarantine for you, my dear/sweet/love"––no version is over 1:13 and each has a different arrangement.  The last two have quite dark lyrics but subtle yet humorous musical backgrounds ("#3" is my favorite due to the delightful arrangement for three clarinets. 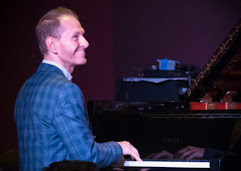 Ms. Harms' vocal stand out. "Long Beach, In Fog" (on disk 2) is a stunning take on a love song while the swinging "New York City" has the feel of a Broadway shop-stopper.  Pay attention to how Pino plays throughout the album, how he'll shadow the vocal line or the pianist's left hand, how his range on bass clarinet allows him to set the pace or solo with abandon.  There's a chamber music feel to "Normal"; at times, the trio play together, at others, the piano and bass clarinet both play counterpoint (first few times through, the song was reminiscent of a Stephen Sondheim piece although there's also a touch of JS Bach there as well).
While "Normal" closes Disk One, Two closes with two splendid pieces.  First is the ruminative "Forgiveness", an elegy for lost love while "Another Birthday" is a melodic rant against about getting old. Yet dig the delightful solos from piano and clarinet and the playful vocal.  Over all, "Songs of Rebirth" is an impressive program not for the trio's technical prowess but for how they present each song, each one a story, each one told with wit, with emotion and intelligence.  Don't shy away because there are "art songs"––embrace the musical adventure.  Kudos to Jeremy Siskind, Nancy Harms, and Lucas Pino for stoking the fires of imagination!
For more information, go to https://jeremysiskind.com/. To hear more and to purchase the two-CD or digital set, go to https://outsideinmusic.bandcamp.com/album/songs-of-rebirth.
Hear "Drinking Song":
Posted by Richard B. Kamins at 7:32 AM