Slowly but surely, the "live music scene" is opening up, especially here in my native Connecticut.  Here are three artists with new albums gracing music venues this weekend. 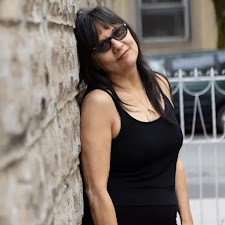 Mary LaRose, life partner and music collaborator of saxophonist/ clarinetist Jeff Lederer, has a new album project arriving on October 7.  "Out Here" (little (i) music) takes the music of Eric Dolphy (clarinet, bass clarinet, flute, alto saxophone), adds lyrics by Ms. LaRose, new arrangements by Mr. Lederer as well as poems by Hallie Lederer and Patricia Donegan, and gives all that to a dynamic quintet of musicians to support, innovate, explore, interpret, and more.  What a fine band –– Mr. Lederer (clarinet, bass clarinet), Tomeka Reid (cello), Patricia Brennan (vibraphone, electronics), Nick Dunston (bass), and Matt Wilson (drums –– they perform nine songs from across Dolphy's discography.  The arrangements allow one to hear the influences of the blues, be bop, and classical music that permeated the Master's music. 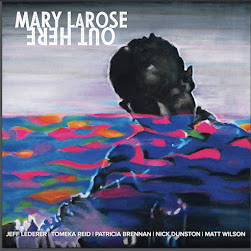 The album opens with a delightful take of "Gazzelloni", Dolphy's tribute to the Italian flutist and teacher Severino Gazzelloni (1919-1992) who gave numerous lessons to many artists over the decades including the composer.  The introduction is a particular delight with Ms. LaRose and drummer Wilson having a playful conversation.  "Out There" has a positive message and a propulsive melody.  Ms. LaRose sings with the cello, bass, and the vibes in unison with her.  There is no tempo yet the music leaps forward on the strength of the instruments and voice. Trombonist Jimmy Bosch, percussionist Bobby Sanabria, and vocalist Maya Rose Lederer join the band for the Afro-Cuban inflected take of Sonny Simmons/ Prince Lasha's "Music Matador". Note hoe Ms. Reid's cellist interacts with the voice as does the trombone.  The show has the quality of a "show stopper"! 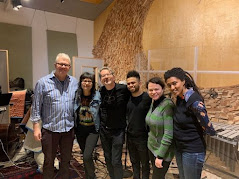 Parade drums lead the way into "Out to Lunch" – listen to how the tempos shift under Lederer's clarinet solo as if the vibes were going one way, the cello another, and the drums yet another while the bass keeps the structure intact.  "Love Me", a melody by Victor Young with lyrics by Ned Washington and Bing Crosby, is a duet between the Ms. LaRose's playful voice and the swooping phrases of the bass clarinet.
"Out Here" closes with Mal Waldron's "Warm Canto" which the pianist/ composer recorded with Dolphy for his 1961 album "The Quest".  Ms. LaRose reads the Patricia Donegan's poem "Lover's Wish" supported by Wilson's fine brushes work, Ms. Brennan's electronically enhanced vibes, and Ms. Reid's expressive cello.  In the middle, the clarinet trio of Isaiah Johnson, Cameron Jones, and Mr. Lederer carry on a lively conversation.  It's the perfect ending for a delight-filled album that not only contains surprises but also soothes the soul.  Mary LaRose is quite the adventurous artist and, while she has only released five albums over the past two decades (she has also recorded with her husband), each album is required listening.
To purchase the album, go to https://littleimusic.bandcamp.com/album/out-here.
Here's the delightful take of Dolphy's "Gazzelloni":
Mary LaRose will celebrate the release of "Out Here" on Friday 10/7 leading a quintet that includes Ms. Brennan, Matt Wilson, Mr. Lederer , and Michael Formanek in the bass chair.   For ticket information, go to http://firehouse12.com/performance-calendar/2021/10/8/mary-larose-ensemble. The event is in-person as well as streamed. 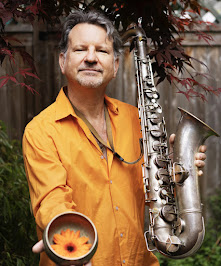 On August 16, 2020, Jeff Lederer invited his friends Jamie Saft (organ, piano), Matt Wilson (drums, percussion), and Steve Swallow (electric bass) to record eight original compositions based on the saxophonist's study of the book "The Heart of Buddha's Teaching" by Thich Nahat Hanh. And, because of the extensive COVID-19 protocols being enforced at the time, the quartet was going to record the session outdoors.  They did just that in between the hit-or-miss summer showers.  The ensemble, known as Sunwatcher from the title of Mr. Lederer's 2011 Jazzheads release that featured Saft and Wilson plus bassist Buster Williams, creates a powerful sound pushed forward by the insistent drums and Mr. Swallow's amazing bass work.  "Eightfold Path" (little (i) music) is a guide to living a good life with the music serving as a guide to immerse one's self into the sound. Tunes such as "Right Speech" and "Right Livelihood" make one want to dance and sound great coming out of a car's speakers driving down the road. 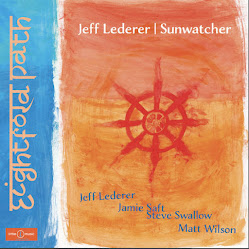 Every time I encounter Steve Swallow's bass, I realize how much he fills the bottom and how melodic he is. Note how bluesy and fundamental he is on "Right Action" and how integral his counterpoint is behind the acoustic piano and tenor sax solos on "Right Effort".  Mr. Swallow connects with the New Orleans-tinged drums on "Right Action" playing a three-note figure similar to that of the  "Acknowledgement" movement of John Coltrane's "A Love Supreme".  Saft's righteously funky organ playing stands out on that track as well.  In an interview I conducted with Mr. Lederer and Mary LaRose, I asked if "Right Resolve" was based on the chugging rhythm of Elton John's "Bennie and The Jets" –– the composer claimed "no" but Ms. LaRose laughed and said "Told you!" Certainly the chord structure is different but.....Saft's solo roars while Wilson's drums crush beneath him.

While the music is noisy at times, there are also several lovely ballads.  The gospel-tinged melody of "Right View", played together then in counterpoint by Mr. Lederer and Mr. Swallow, has wonderful cymbal work and rich, sustained, organ chords.  Mr. Saft's long solo adds intensity to the piece and is followed by a sweet Swallow solo. The afore-mentioned "Right Effort" and the album closer "Right Mindfulness" finds the organist on acoustic piano. The latter track features long sustained bass notes, a handsome tenor solo, and Mr. Wilson on hand-held percussion. Notice how all four musicians are essential to the music moving forward even as they create a meditative sound.
"Eightfold Path" is Jeff Lederer at his best. Yes, he still plays with a ferocity that sounds as if his saxophone will explode but he also displays a softer, more melodic, side that fits the message of the album. Great band, good music –– sure sounds like they had a delightful day in the park!
For more information, go to www.littleimusic.com/about.  To purchase the album and other releases from little (i) music, go to https://littleimusic.bandcamp.com/album/eightfold-path.
Here's "Right Action": 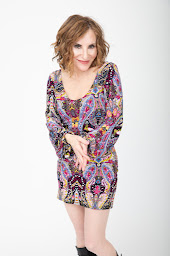 Vocalist Judy Wexler, born and still lives in Los Angeles, CA, is a person who loves tell a story with each song she sings.  Her new album "Back To The Garden" (released in June of this year on her Jewel City Jazz) illustrates how the songs of 1960s, pieces written by Bob Dylan, Joni Mitchell, Stephen Stills, Sandy Denny, and others, have great resonance for this third decade of the 21st Century. With a band that features pianist and arranger Jeff Colella, guitarist Larry Koonse, bassist Gabe Davis, drummer Steve Hass, a string quartet, and more guests, Ms. Wexler comes at these tunes with a jazz sensibility and an well-developed ear for harmony while the arrangements by Collela (with two from Josh Nelson) open the songs up without losing their essential qualities.  I imagine that anyone who "grew up" with these songs (as I did) will bring a myriad memories to his or her listening experience. 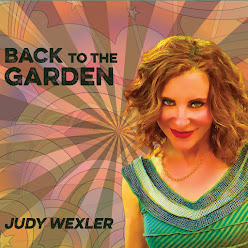 Despite the album's title, that Joni Mitchell song is not in the program but "Big Yellow Taxi" is. The melody is propelled by a funky piano phrase. Danny Janklow's alto sax fills serve as a smart counterpoint to the vocal plus delightful backing vocals (the tune's co-arranger Erin Bentlage) will make you smile.  In the midst of their Brill Building years, Gerry Goffin and Carole King composed "Up On The Roof" and the homage to star gazing in New York City was a best seller for The Drifters during the Holiday season of 1962.  Collela's arrangement and far-ranging piano solo brings Bruce Hornsby to mind.  "For What It's Worth", composed by Stills for the Buffalo Springfield, became a rallying cry for protesters around the escalating Vietnam War.  Koonse's sharp-edged solo, accompanied by the militaristic drums, is a highlight as is Ms. Bentlage's backing vocals. 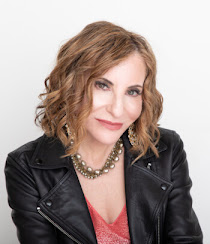 Mr. Dylan gets two songs, the political broadside "The Times They Are A'Changin'" (1964) and the sweet lullaby "Forever Young", a song the composer recorded twice for his 1974 album "Planet Waves" (featuring The Band). The former song is just as relevant now as it was nearly six decades ago while the latter is one of the sweetest and straight-forward set of lyrics in Mr. Dylan's oeuvre.  Ms. Wexler and Jeff Collela don't take liberties with these songs; instead, they make sure you hear the lyrics. Violinist Sara Caswell
makes an appearance on "Forever Young" wrapping her velvety phrases around Koonse's guitar lines and the sweet-sounding background voices.
The album closes appropriately with "Who Knows Where The Time Goes" –– the late Sandy Denny composed and recorded the song with Fairport Convention in 1969 but it was Judy Collins whose 1968 version became the title of her third album.  This lovely arrangement by Josh Nelson features a splendid trumpet solo from Jay Jennings as well as a heartfelt vocal. Nelson also arranged "American Tune" (listen below) that utilizes a string trio that underscore Ms. Wexler's emotional vocal.
When you listen to "Back To The Garden", make sure to notice that this is not a nostalgic trip or even a tribute album: instead, notice how Judy Wexler remind us all of the power of music to be relevant over decades and generations and how jazz artists were listeners first and interpreters second, introducing great songs to new audiences.  Subtle, swinging, soothing, fun, this album is a true delight!
For more information, go to https://judywexler.com/. To hear more and to purchase the album/ download, go to https://judywexler.bandcamp.com/album/back-to-the-garden.
Judy Wexler will be performing this album and more on Saturday October 9 at The Side Door Jazz Club in Old Lyme CT.  Accompanying her will be Jim Ridl (piano), Bill Moring (bass), and Tim Horner (drums).  For ticket information, go to www.eventbrite.com/e/judy-wexler-tickets-165027442523.
Here's Ms. Wexler's take on Paul Simon's "American Tune":
Posted by Richard B. Kamins at 10:01 AM