Art Hirahara is an impressive pianist for many reasons, especially for his love for melody and harmony as well as his ability to play many different styles of music. Not just "play" but his innate ability to fit his creativity into the work of so many artists. He has played with the fiery baritone saxophonist Fred Ho, with drummer  and conceptualist royal hartigan (in his quartet Blood Drum Spirit), been musical director for several vocalists, recorded with drummer Akira Tana, and saxophonists Don Braden plus Tom Tallitsch (and many more).  He's released five albums as a leader with the most recent four appearing on Posi-Tone Records –– Hirahara has also played on numerous albums for the label as a member of collective ensembles organized by label owner Marc Free and other artists albums. 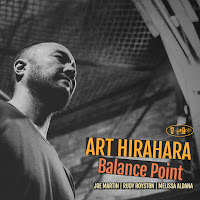 "Balance Point" (Posi-Tone) is the pianist's sixth album and features him on solo piano (two tracks), in trio settings with Joe Martin (bass) and Rudy Royston (drums) plus five tracks with tenor saxophonist Melissa Aldana.  All but one of the tunes come from Hirahara the exception being the lovely solo reading of Duke Ellington's "Prelude To A Kiss."  In fact, the program opens with a solo piano work, "Mother's Son" –– the lovely ballad is soft, filled with emotion, and moves like a poem. That leads into the trio's take on the pianist's "Blessed Son, Mr. Weston", a piece dedicated to the late pianist Randy Weston. One can hints of the person being honored in the two-handed piano melody, in Royston's active rhythms, and Martin's fine bass work. Another delightful trio track is the sprightly "Had It Happened', a Hirahara original that sounds like a take on a Broadway classic.  You can hear the influences of many pianists in the leader's work. Before the piece closes with a restatement of the theme, there's a lively exchange between the drums, bass, and piano.

Ms. Aldana joins the trio for the title track whose opening moments and melody line may remind some of Keith Jarrett's quartets from the 1970s and 80s.  The fullness of the piano chords and the explosive drumming under the saxophone solo has such an intense feel.  The saxophonist also enlivens the fascinating "Like Water"; at 8:02, it's the longest track with over half the time dedicated to the fiery tenor solo. Royston solos next in his usual impressive fashion.  "G-Yokoso" swings delightfully with splendid work all around from the four musicians.

The album closes with "Lament for the Fallen", an original that pays tribute to the legends of jazz who created the myriad blueprints of the music. Pay close attention to the handsome melody (reminiscent of Carla Bley's work with the Liberation Music Orchestra) as well as the excellent percussion. The piece is through-composed save for the short coda, a lovely conclusion to a fine recording.

"Balance Point" illuminates the many talents of pianist and composer Art Hirahara.  He continues to mature as both a player and writer, willing to share the spotlight with his fellow musicians.  His work over the past nine years for Posi-Tone as a leader and a band member stands out on a label that has numerous excellent players.

Here's the full Quartet on the title track: 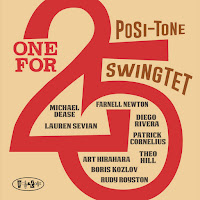 I would be remiss if I did not mention that Art Hirahara splits the keyboard duties with Theo Hill on "One for 25", producer Marc Free's celebration of Posi-Tone's 25th anniversary.  Featuring nine members of the label's artists lineup (three saxophonists, two brass, two pianists, plus bass and drums), the program includes nine songs from different band members as well as one each from guitarist Amanda Monaco, vibraphonist Behn Gillece, and pianist John Chin.  Hirahara's contribution, "Where With All", is the final cut and has a lovely opening section for the reeds and brass sans rhythm section. When the rest of the band enters, the pianist takes off on a soulful journey with just bass and drums –– Royston solos next with the opening statement from the brass and reeds as his accompaniment. It's a lovely way to close out such a swinging session!

Also, Posi-Tone Records is now on Bandcamp!  Lots of great music, much of it swings with joy!!

Pianist, composer, educator, and podcaster Jen Allen issued her sophomore album as a leader in late February of this year, her first album in nine years.  Not that she hasn't been active –– she and fellow keyboardist Noah Baerman co-lead an ensemble Trio 149 plus they co-host a blog ("149 Sessions"), she currently serves on the faculties of Trinity College (Hartford CT) and Bennington College (VT), and is on the teaching faculty of the Litchfield Jazz Festival. Ms. Allen has also worked as a side person with numerous artists including bassist Ike Sturm, saxophonists Jimmy Greene, Don Braden, and Camille Thurman as well as bassist Nat Reeves. 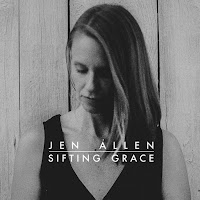 The new recording, "Sifting Grace" (Outside In Music), features the pianist in a quartet setting with Kris Allen (alto and soprano saxophones), Marty Jaffe (bass), and Kush Abadey (drums).  The opening two tracks, "Blanket Statement" and the title cut, set the pace. The former jumps right into a fast-paced romp led by the piano and alto reading the melody in unison while Jaffe and Abadey set a delightful pace.  The latter opens with a lovely piano solo that leads the rest of the group in. The sax again plays the melody in unison with the piano before Ms. Allen takes the first solo.  The medium-paced rhythms may remind some of different pieces of Charles Lloyd and you should enjoy how the pianist dances over the buoyant bass lines and Abadey's active drums.

Other highlights include the delightful "Easy Peasey" with its playful melody, stop-start rhythm, and Kris Allen's handsome soprano sax playing.  The piano solo is both lilting and fun with a touch of romanticism. That romantic streak also pervades the opening piano statement and the fine soprano sax melody line of "Climbing Ivy", giving the piece the feel of a ballad played by the Branford Marsalis Quartet.  Fine solos from Jaffe and Mr. Allen while Abadey tells his side of the story beneath them.

"Sifting Grace" closes with "Kurinji". Named for a flowering shrub in South India that only blossoms every 12 years, the song dances forward on the strength of the rhythm, featuring strong piano and alto sax solos but make sure to pay attention to Abadey's splendid traps playing near the close.

Hopefully, it won't be twelve years before Jen Allen releases her third album. This music has energy, emotion, passion, melody, and a touch of sassiness plus empathy that allows the listener to bathe in the sounds.  Enjoyable and thoughtful music for stressing times and for good times!

For more information, go to www.jenallenmusic.com. 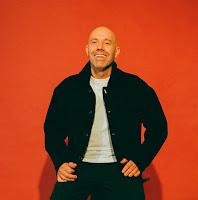 Vocalist J D Walter has been in and around the contemporary for the better part of two decades but lately, he's been missing. Turns out he was dealing with several physical issues that included vocal cord surgery. An inventive singer and arranger, one can just imagine how the sabbatical must have affected him.  His new self-released project, "Dressed In a Song", shows renewed voice, vigor, and creativity.  He and co-producer Al Pryor (GRAMMY winner as co-producer of Cécile McLorin Salvant's "The Window") picked seven songs, six pianists (including Jim Ridl, Orrin Evans, Taylor Eigsti, Marc Cary, Jean-Michel Pilc, and Julius Rodriguez) plus bassist Ben Wolfe, drummer Oded Calvaire, and Becca Stevens (charango and backing vocals) on "The Last Muse". 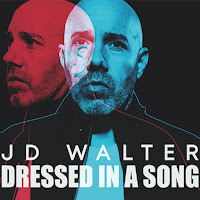 The title song opens the album – the piece is dedicated to the singer's mother, a musician who adopted Walter when he was just one year old.  Taylor Eigsti's rich piano chords support the loving words, drawing in the listener to the personal poem of love.  On the other side of the musical coin is the rapid-fire take of the classic "You Go To My Head". Composed in 1938 by J Fred Coots and Haven Gillespie, before the end of the year, there were, at least, five separate recordings including ones by Duke Ellington, Billie Holiday, Teddy Wilson, and Fats Waller (the last three listed all sold very well).  Pianist Jim Ridl sets a powerful pace and Walter gies the piece a passionate reading that includes a lovely over-dubbed vocal chorus near the close.

The album also includes an absolutely smashing reading of Bacharach-David's "What the Word Needs Now" (hear it below). Arranged by accompanist and long-time friend Orrin Evans, the duo removes all the saccharine feel that the lyrics can have (in the hands of less-accomplished interpreters) and makes the song necessary in today's pandemic climate.  Meanwhile, "Brother John" is a Walter original dedicated to a friend who took his own life during the time the composer was preparing the songs for this album.  The piano accompaniment of Marc Cary is quite empathetic, rich on its own terms, not just supporting the lyrics and the singer but offering lovely counterpoint.

The lovely gospel tune "All Through The Night" closes the album – the liner notes say that five of the six pianists appear during this song, especially on the unedited version that comes with the download. It's a great way to close the album, a heartfelt spiritual that not only speaks to Walter's recent physical issues but to all the listeners who cannot escape life's tragedies small and large. The closing 90 seconds of the piece should not be missed, starting with the scat vocal and what follows.  A wonderful ending to a splendid recording.

There's not a weak track on "Dressed In a Song", each piece and all the pianists bringing something special to the visions set forth by J D Walter ("The Last Muse" is fascinating with Ms. Stevens voice and stringed instrument plus the rhythm section, Julius Rodriguez on piano).  Take your time, explore each song two, maybe three, times before moving to the next track. There is so much to absorb with Walter's wide-ranging voice, quite emotional but never over-the-top, and the impressive accompaniment.  Beauty in so many forms sounds so good, please listen to these songs.

For more information, go to www.jdwalter.com.  Purchase the album by going to https://jdwalter.bandcamp.com/releases.