I have to admit that the current state of American politics is dizzying; accusations of "lies", "human scum", and worse pass from the lips of politicians and their followers each and every day. It seems so melodramatic and would be quite silly – in the fashion of a Three Stooges short film – if peoples lives weren't being held in the balance. Empathy is gone; hail the gods of "fake news"!  "Spin" doctors have been a way of life for time immemorial yet seem to be ubiquitous today, "he said – she said" taken to the nth degree.

Still, time to take stock.  Election season is upon us, a season that won't come to its conclusion until three weeks and two days before next Thanksgiving.  How does live through the next year? I will read my share of articles from all sides of the political spectrum – I do have my own leanings but I need to know what other people in the United States and elsewhere think about the issues that affect us the most.  An informed electorate is what we should be: not just the "educated" class but everyone. Not easy. People do not like to think; they react to the voice or face or opinions that most appeal to them and act on that. Or don't. In the 2016 Presidential election, 61.4% of the electorate voted, up from 2012's 58.7% and  below the benchmark set in 2008 of 64.6%.  Less than two out of every three possible overs ventured to the polls or cast absentee ballots.  With all the freedoms one has in the United States, the freedom "not" to vote is just as important.

My fallback has always been music. In the Sumer of 1968 as the United States was reeling from assassinations, the violence at the Democratic Convention, and the ongoing escalation of the War in Vietnam, it was the music that helped me through Through recessions, the loss of parents and close friends, the birth of children and grandchildren, music has been my constant guide and companion. My best friend, my wife, tolerates that relationship and has done so for five decades. Music is so much a part of who I am.

Thanks for reading – I hope you have a warm and enjoyable Thanksgiving plus a contemplative Holiday Season. 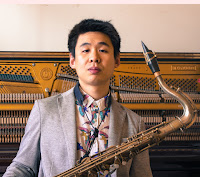 There is not a lot of biographical information online about saxophonist-composer Kevin Sun's early years (other than he was born in New Jersey) but one can find out he's been involved with contemporary music as a blogger ("The Horizontal Search",  since 2012), formed a trio (since 2016) and a quintet.  He has been the editor of The Jazz Gallery's in-house blog "Jazz Speaks" and, since 2018, the Artistic Director of the Blue Note Beijing Jazz Orchestra. While at Harvard, Sun served as a teaching assistant to Vijay Iyer and also helps musicians by offering grant-writing services. He's also a founding member of the creative collectives Great on Paper, Mute, and Earprint (see review below) plus the founder of Endectomorph Music, the home for the majority of his recordings as a leader or co-leader. 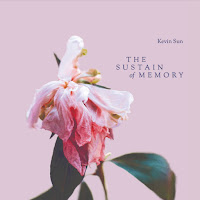 His new recording, a two-cd set titled "The Sustain of Memory", is a fascinating swerve in direction.  The program is composed of three multi-sectioned original works, one each for trio, quartet, and quintet. The album opens with the six-part "The Middle of Tensions", a 36+ minute work for the quartet of Sun (tenor saxophone), Dana Saul (piano), Walter Stinson (bass), and Matt Honor (drums).  The sections illustrate the musicians versatilities,  with rhapsodic piano flourishes, strong melodic work from the saxophone, and an "open" feel from the rhythm section. Every person solos at one point or another plus the presence of the chordal instrument helps define the various structures. Stinson is a powerful soloist while Honor has great artistic sensibilities, especially with his use of cymbals as color.  Saul's piano work verges on the introspective tending more towards poetical phrases than powerful percussive runs. Sun created this music to have many possibilities, not as a solo vehicle for his saxophone.  Therefore, every member of the quartet has multiple roles throughout.

"Circle, Line", a 12-part and 29+ minute suite, features Sun's trio of Stinson and Honor. In essence, it's a musical haiku with the shortest tracks at under two minutes, the two longest at over three, and the rest in the middle.  There are several moments that may remind listeners of the music created by Henry Threadgill, Fred Hopkins, and Steve McCall (the trio Air) – like the best trio music, the pieces are conversations, a push-pull of melody and percussive tension with Stinson serving as "foundation", counterpoint, and soloist.  Each setting the saxophonist creates, each "voice" he writes and plays, makes the music stand out again not for his solo work but for the interplay and "collective" sound. Still, both Stinson and Honor get solo sections ("IV" for bass with drums, "VIII" just for bass, and "X" plus "XI" for drums); "XII" closes the suite with just Sun and his tenor.

The third suite takes up all of CD II.  At 48+ minutes and in three distinct sections, "The Rigors of Love" covers even more musical territory than the other suites. Sun plays both tenor sax and clarinet, the second "voice" is trumpeter Adam O'Farrill (pictured above left), Dana Saul on piano, with the rhythm section of Simón Willson (bass, a member of Earprint) and Dayeon Seok (drums). There is one element that you hear on each suite; Sun writes a melody built off a stop-start melody and rhythmic structure, choosing to move away from that into short solos and then back.  Here, that technique shows up in section "II" and, because the piece is longer than any of the other instances, the soloists get to stretch out. The pianist goes first and romps through several choruses – the front line interjects in the middle and Saul plays over them before taking off on an even more power-filled tangent. Halfway through the 13-minutes, he cedes the solo space to a conversation between the tenor sax and trumpet.  Underneath, the rhythm section states the "theme" while Sun and O'Farrill continue to spar, come together, and break apart. Soon, the pace slows down, Sun returns to clarinet, O'Farrill to muted trumpet, Saul playing flourishes in the background and the rhythm section sitting out.  Soon, the rhythm section reenters to give the music foundation before a quick trumpet-clarinet rondo brings the section to a close. The final section is nearly 26 minutes in duration with  plenty of group interactions, tempo and mood changes, plus solos from every musician with kudos to the bright attack of the trumpeter and Ms. Seok's poly-rhythmic attack (and short, delightful, solo). The piece closes with unaccompanied music-box tinkling piano.

Kevin Sun displays his compositional and arranging maturity throughout "The Sustain of Memory" – his instrumental voice remains strong and true plus he makes sure to leave room for the others voices in the featured ensembles to come through loud and clear.  This recording is an excellent musical adventure that is worth exploring over and over.

For more information, go to www.thekevinsun.com.

Here's one of the tracks (the full album can be purchased through the Bandcamp website):

Earprint, in existence since 2016, is composed of four friends who met while attending the New England Conservatory of Music in Boston, MA.  Composed of Kevin Sun (tenor saxophone, clarinet), Tree Palmedo (trumpet), Dor Herskovits (drums), and Simón Willson (bass), the quartet released its delightful self-titled debut (my review is here) mere months after the group was formed. Each member composes and they play with a joy that is hard to ignore – why would you want to ignore such timeless sounds? 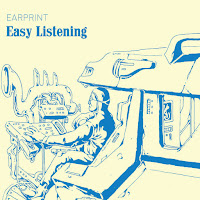 Yes, the setup is like that of Ornette Coleman's classic Atlantic Records quartet.  Just as that ensemble used blues and bebop as its initial influence, one can hear the influences of blues, hip hop and composers such as Julius Hemphill, Steve Coleman, and Dave Holland in Earprint's root sounds. "Easy Listening" (Endectomorph Music) shows the band in good form, using the lessons learned from its earlier album and the subsequent live dates to create an impressive 11-song program. Each musical voice is distinctive, from the clear-toned trumpet to the angular and sometimes raucous tenor sax to the melodic bass work and delightful percussion.

Note how composer Palmedo uses unison melody and counterpoint for the theme on the album opener "Sink Song."  Listen to the subtle change of the rhythm section under Sun's solo.  That's followed by a delightful drummer solo over bass ostinato before heading back to the main theme (with some subtle changes there as well). Willson's "Volume" follows with contributions from all including strong drummer and soloists interactions. Just from the first two tracks, you can hear that this is a band that follows no trend other than making good music to listen to.

And, music to groove to as well.  Herskovits lays down a wicked beat on Palmedo's "Hey Wanna Dance." The drummer does the same on his own piece "Big Bear" – Both the tenor sax and trumpeter push the tempo during their solos and, of course, Herskovits responds in kind during his own spot at the end of the track.  The drummer sets an on again-off again pace over the bass obstinate on Sun's "Silo", carrying on a musical conversation with Palmedo (muted trumpet) while Willson does his own dance moves beneath them.  The composer uses his clarinet for color but not to solo. 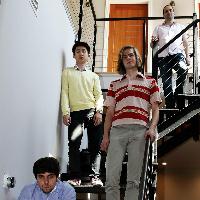 The album closes with two more fascinating tracks.  First is the title cut; composed by the bassist, the piece dances along on a funky beat  with a melody line reminiscent of the sound of the Daniel Bennett Group.  The drummer's "Tú" (my downloaded version titled the track "Trump University"!) is the final track, filled with sing-song melody line, the occasional discordant note and chords, tempo changes, and no overt reference to the now defunct educational institution that may have been the piece's original monicker.  Nevertheless, it's a fun way to close a delightful album.

"Easy Listening", as the title of this album, may lead you to expect much different music than what Earprint produces.  There is nothing "easy" about this program but there is a lot good about it.  If you enjoy music that challenges you to be less complacent, pokes you in the ribs, and makes you smile, acquiring "Easy Listening" is a must!

For more information, go to www.endectomorph.com/earprint.

Here's the opening track (from the group's Bandcamp where you can also purchase the entire album):