Over the past decade, composer and arranger Miho Hazama, a native of Tokyo, Japan, had developed into one of the jazz world's most in-demand artists. She has arranged and conducted for numerous Japanese Big Bands and pop recordings as well as making her mark in the United States and Europe in the past several years - she has worked with Owen Broder, Theo Bleckmann, the Danish Radio Big Band, and the WDR Big Band among many others. 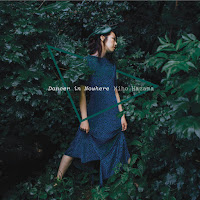 In August of 2018, Sunnyside Records released "The Monk: Live at Bimhuis", her arrangements of classic Thelonious Monk songs. Now. less than six months later, the label has issued "Dancer in Nowhere" credited to Miho Hazam m_unit, her 13-piece ensemble (plus guests) that features a rhythm section plus vibraphone, three reeds and two brass, and a string quartet, the same instrumentation she has employed for her two previous large ensemble releases.  The original music this group plays is fascinating, not beholden to any one particular style or influential mentor.  One hears snippets of "pop" music, swing, hard-bop, Ellington-Strayhorn, theatrical music, and more.  That written, this music is certainly not static.  Like many of her contemporaries, the solos rise intelligently out of the melody lines and arrangements not just because the song needs a solo.

On the opening "Today, Not Today", note how natural the strings sound not only on their own but when mixing with the reeds and brass (trumpet and French horn). On "RUN", listen to how Ms. Hazama utilizes Jake Goldbas's powerful drumming to not only push the piece forward but also create the initial intensity in the music.  The interaction of the ensemble during the flute solo (Ryoji Ihara) creates quite a tension which increases during Steve Wilson's wonderful alto saxophone flight of fancy. 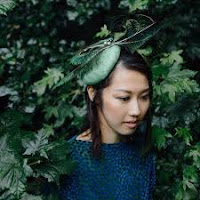 This is the rare recording where every song stands out. "Somnabulant"opens with the wordless vocals of guest Kavita Shah supported by the string quartet.  Then, the trumpet and reeds enter and the music drops into a slow ballad tempo over which guest Jason Rigby plays a lovely tenor solo.  Other instrumental voices are introduced as the music moves forward.  Ms. Shah and pianist Billy Test work together in the center section - when the drums reenter, it's to support the powerful guitar solo of Lionel Loueke.  The rest of the ensemble enters to support and then be influenced by the wailing blues lines from the guitarist.  Later in the program, Ms. Hazama creates an exciting arrangement of John Williams's "Olympic Fanfare and Theme", the only non-original on the eight-song program. The way the various voices are blended during the second half of the piece is fascinating.

The album closes with the title track.  There are several different storylines as the music progresses, moving from a quiet, even peaceful melody to a powerful series of interactions where the various sections interpret the melody and the harmonies (plus Nate Wood takes over the drum seat). Jason Rigby's robust tenor solo leads the group to the finish line.

"Dancer In Nowhere" is impressive and expressive from the opening note to the final fade.  Miho Hazama has grown up before our very ears. Her music is contemporary yet timeless and we are the beneficiaries of her brilliance.

For more information, go to www.mihohazama.com. 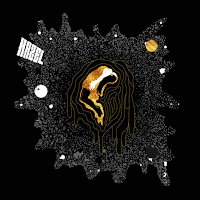 The Wing Walker Orchestra, an 11-piece ensemble organized by composer, arranger and bass clarinetist Drew Williams, has issued its debut album. "Hazel" (ears and eyes Records) is composed of the seven-part "Hazel Suite", two more Williams originals, and a reworking of tUnE-yArDs "Look Around".  The "...Suite" is inspired by the graphic "space opera" series "Saga" created by Brian K. Vaughan and illustrated by Fiona Staples. As a listener, you do not need know that because the music stands on its own.  The seven pieces utilizes all the voices in the ensemble; many of the songs ride on the powerful rhythms created by drummer Nathan Ellman-Bell.  The initial five tracks are fairly short but the music hits its stride on parts VI and VII.  The pounding drums and the clarinet melody leads the ensemble into "VI: Heists (or Your Majesty)", a piece that really pushes hard. The "low" instruments, trombones and tenor sax, continue the theme as the rest of the group begins to chime in.  "VII: Ignition (or Hazel)" is much slower, the tolling piano note keeps the rhythm section as the brass and reeds quietly play longer notes. The intensity picks up once the bass drum replaces the piano note yet the music never changes tempo - although the piano plays tolling chords as the piece fades - nor is there a defined melody line.

The balance of the album is just as engaging.  "Look Around" is a smart arrangement of the original with trombone and alto saxophone replace Merrill Garbus's vocals. The ensemble really kicks into middle section which features a muscular trombone solo. "We've Seen These Walls Crumble" is a soulful ballad which, at times (especially at the beginning and in the final third), reminds this listener of The Band (Americana jazz?). The rubato middle section starts off very quietly and features a conversation by the two trumpeters (John Blevins and Danny Gouker). The final track on the CD (the digital download has a bonus track), "High", has a delightful feel with a playful bass clarinet solo from Williams, several tempo changes, a high-powered guitar solo from Jeff McLaughlin, and an exciting lead-up to the finish, once more powered by Ellman-Bell with help from  bassist Adam Hopkins.

Some of the thematic material on "Hazel" may remind listeners of the writing of Darcy James Argue.  However, unlike many modern large ensembles, the reed section of the Wing Walker Orchestra does not double or triple on other instruments.  Nevertheless, over its six years of existence, the ensemble has developed its own personality and one hopes this is just the first installment in a series of fine recordings with the promise of tours.

For more information, go to www.wingwalkermusic.com. 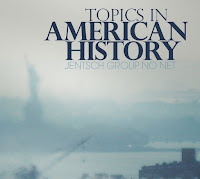 Guitarist, composer, and arranger Chris Jentsch has, over the course two decades, released seven albums, the majority with larger ensembles.  The latest is "Topics In American History" (self-released on Blue Schist Records) and features the Jentsch Group No Net, a splendid ensemble recored live in concert;  the band features a group of Brooklyn-based musicians conducted by JC Sanford. The seven-song program covers, in its own special way, 460+ years of history Starting with "1491", just before the European ships ventured to the Caribbean; it's obvious this is an abstract history clarified by the liner notes. Still, the various voices of the ensemble, the strong rhythm section, and the intelligent arrangements help the listener to understand how the events referred to in the song titles helped to the shape the present day

The Copland-esque "prairie" ramble that opens "Manifest Destiny" gives way to a handsome melody (excellent colors from the reeds, brass, and guitar in the background) leads to solos by bassist Jim Whitney, onto a delightful conversation between the leader and the clarinet of Mike McGinnis who then steps out for a powerful solo before Jason Rigby creates a lovely soprano sax solo.
Before the songs closes, other voices step out for monetary solo and duo lines pushed forward by drummer Eric Halvorson.

Just as the pioneers discovered new territories, the listener can do that with these songs.  There are touches of darkness in "Dominos", a piece inspired by the Red Scare of the 1950s (Cold War and McCarthyism).  The leader takes a long impassioned solo followed by an equally powerful solo from Rigby, here on tenor sax. Throughout the album, the arrangements leave space for the various voices to interact and nobody is ignored.

The album closes with "Meeting At Surratt's", a reference to Mary Surratt's boarding house where the group that plotted to assassinate President Abraham Lincoln met. She was hanged for her association with the conspirators although the evidence against her was weak. The song, introduced with martial drumming, has a traditional feel and a melody line led by the tenor saxophone. After Rigby creates a fascinating tenor sax statement, the leader steps out for a robust solo, his lines rising above the ensemble and leading them to the finish.

"Topics In American History" is filled with good melodies and excellent musicianship.  Every solo stands out as do the arrangements around the melody and the verses.  Jentsch Group No Net, the brainchild of Chris Jentsch, tells us stories worth paying attention to.

For more information, go to chrisjentsch.com.