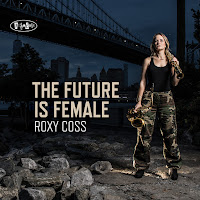 Over the past year, it's been quite tough for anyone not to hear the voices of women around the world rising up to proclaim "Enough." Enough of the sexual harassment and inequality in the work place, whether it be perpetrated by Hollywood Big-wigs, national and local politicians, sports doctors, educators, or someone in your neighborhood.

Saxophonist and composer Roxy Coss participated in the Women's March the week of Donald Trump's inauguration. She carried a sign that read "The Future is Female"; that's the title of her new album, a  of 10 original compositions featuring her working ensemble of Alex Wintz (guitar), Miki Yamanaka (piano), Rick Rosato (bass), and Jimmy Macbride (drums) with bass clarinetist Lucas Pino on one track.

Song titles such as "#MeToo", "Nasty Women Grab Back", and "Females Are Strong as Hell", might make you think that music has a strident quality. Many of the songs have great power but Ms. Coss wants to entertain and educate. While you're grooving to the great rhythm section or enjoying Wintz's delightful guitar solos or Ms. Yamanaka's foundational piano, the leader wants you to think, wants you to react to the issues she's presenting that you will begin to take action and demand better behavior throughout the country.

Sitting and listening to the music, one hears the influence of Charles Mingus (whose song titles made you sit up) and the power of Art Blakey and Max Roach. Those artists and others were also fighting for the cause of equality.  Sometimes, their music rankled listeners but, more often than not, the sounds excited those who listened and, perhaps, even made them change attitudes for the better. Ms. Coss's lovely ballad "Choices" is filled with emotion while "Mr. President" starts slowly with a somber melody over martial drums.  Soon, the rhythm section kicks into high gear and Ms. Coss's tenor sax pushes them forward.  "Feminist AF" is a blues - no surprise there - that hints at both John Coltrane and Wayne without imitating either one.  The afore-mentioned "Nasty Women..." features the leader on soprano and, while the rhythm section has some "bite", the solos soar, especially Wintz's rippling guitar lines.

Besides her work on the bandstand, Roxy Coss is the founder and director of WIJO (Women in Jazz Organization) - their Mission Statement is quite clear:


"WOMEN IN JAZZ ORGANIZATION INTENDS TO HELP LEVEL THE PLAYING FIELD IN JAZZ, SO THAT WOMEN AND NON-BINARY PEOPLE HAVE AN EQUAL OPPORTUNITY TO PARTICIPATE IN AND CONTRIBUTE TO JAZZ, LEADING TO AN IMPROVED AND MORE RICH, DIVERSE, AND SUCCESSFUL ARTFORM. THE ORGANIZATION IS COMMITTED TO HONORING BLACK AMERICANS AS THE CREATORS OF JAZZ."

Give a listen to "The Future is Female" - it's music that swings and rocks plus has a number of messages you should pay attention to (if you haven't already).  For more information, go to www.roxycoss.com and wearewijo.org. 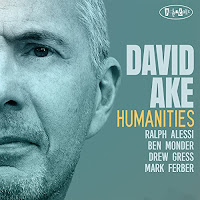 Ake's fifth album on Posi-Tone is titled "Humanities" and features the powerful musical voices of his fellow CalArts colleague Ralph Alessi (trumpet), Ben Monder (guitars), Drew Gress (bass), and Mark Ferber (drums).  If you have heard any of Ake's earlier group albums, you'll know he's a powerful and thoughtful pianist while his music often has a powerful forward motion. 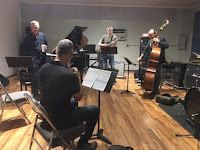 There are moments on the new album where the music leans towards Americana, not surprisingly on the quintet's reading of The Grateful Dead's "Ripple" (the only "cover" tune on the CD) - they don't mess with the gentle bluesy quality of Jerry Garcia's sweet melody. Alessi's muted trumpet brings the sound of Ron Miles to mind and the piece would not be out of place on a Bill Frisell album (but note the alternate chords at various times throughout the piece). The piano introduction to "Drinking Song" has the feel of a Randy Newman ballad but there is a spare quality to the melody. The trumpet and guitar play the melody and counterpoint while the rhythm section tosses and turns beneath them, not disrupting the flow as much as creating dynamic differences.

What stands out throughout the program is how distinctive all five voices are.  On songs such as "The North", one can hear the power of the guitar, the rich melodic sense of the trumpet, the "heavy" chords from  the piano, the counterpoint and melodies from the bass, and the driving force of the drums. Ferber is truly in the driver's seat; listen to his strength on "Rabble Rouser", how Gress helps him push the music forward, and then how the soloists are inspired by the rhythm section.  And, they can swing! "Hoofer" starts out with the drummer's brush work creating his own sweet soft-shoe.  Ake picks up on that and dances right through his sly Monk-like solo.  The bassist leads the group through the beginning of "Stream" - much of the fun of the piece is how the dynamics change on the fly.  After the opening, the band moves into a harder-edged melody but drops back for the piano solo.  Ake build the tension as the trumpet and guitar play a unison counterpoint to his solo. A similar interaction takes place beneath Alessi's solo, this time the pianist and guitarist playing chordal patterns as Ferber builds the tension with a fiery drum spotlight. 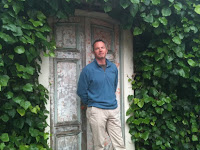 The program closes with "Walter Cronkite": that's the newsman's voice you hear near the beginning saying "...it's the ultimate question that being a democracy we the people are responsible for the actions of our leaders".  Alessi's keening, questioning, trumpet moves atop the rumbling piano, droning bass, quiet guitar fill, and active drums, giving the rubato piece the feel of an elegy, at times, a prayer.  There is a short section where the trumpet and piano sounds like a telegraph signaling an urgent question across the great divide before the music fades.

To do justice to the music on "Humanities" is truly to tell you to listen and listen deeply. David Ake composes music that asks questions, that plumbs the depth of the human spirit, and looks for the soul within the songs. And the musicians know how to transmit those questions and searches to an eager audience.  Give some time to this music; it will make you think and, perhaps, even move you to action in these often tense times.

For more information, go to www.davidakemusic.com. 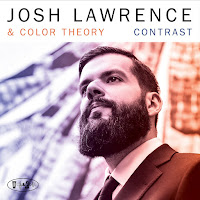 The young trumpeter Josh Lawrence is making quite a splash on the contemporary scene as a player and composer.  "Contrast" is his second Posi-Tone album within 12 months to feature his Color Theory ensemble. What a fine band!  The rhythm section includes the Curtis Brothers, Zaccai (keyboards) and Luques (bass) plus Anwar Marshall (drums) while the front line has Lawrence paired with alto saxophonist Caleb Curtis (no relation to the Brothers).  Orrin Evans joins the band on piano for several tracks as does trombonist David Gibson.

The album has two distinct sections.  The first four tracks have the bop and hard bop feel of Lawrence's 2017 "Color Theory", shorter tunes with melodic heads and fine solos ("Dominant Curve" is a standout cut with its Charlie Parker-type melody and attack). The program changes on track #5, the powerful "In The Black Square."  Now, the influence is McCoy Tyner and the music he began to make in the early 1970s.  The shifting rhythms (Marshall is on fire here), the pounding piano chords, and the leader's fiery solo.

The next song, "Gray", is a handsome piece fueled by the richly melodic lines of Luques Curtis, the active drums and cymbals, and the adventurous work of Lawrence and Caleb Curtis. It opens in a fiery tone with the front line dancing through the melody and then the alto sax rides atop the rhythm section.  Following that, the song slows down, with quiet sax and muted trumpet - Lawrence builds a fascinating solo, rolling his lines around the drums and bass then moving "out" near the end before the sax returns.  Drums and bass reintroduce the opening section, the front line repeat the original melody and the piece romps to its close.  There's a touch of electronics on the muted trumpet opening of "Brown", with Lawrence and Caleb Curtis exploring a fine melody.  The power is kicked up a notch on "Agent Orange", the rubato opening featuring trumpet, saxophone, and trombone.  Gibson takes the first pass through the melody pushed forward by Zaccai Curtis's powerful piano chords. Note the slight change as the bass and drums fall in to a driving rhythm for the sax solo.  Lawrence has a powerful interaction with the pianist, giving the piece the feel of the classic Miles Davis Quintet music of the mid-1960s.  The music fades with the pianist playing "My Country, Tis of Thee" over quiet cymbal touches.

Orrin Evans on acoustic piano and Zaccai Curtis on Rhodes ride a funky beat at the onset of "Blues On The Bridge." The opening is reminiscent of Julius Hemphill's "The Hard Blues" but, when the keyboards kick in, the song moves into Cannonball Adderley style rhythm 'n' blues.  The groove opens up for the trumpet solo gets back to its original "greasiness" for Evans's playful solo.

The program closes with a soft version of Prince's "Sometimes It Snows in April", just muted trumpet and piano (Evans again), a lovely tribute to the artist. The version does not stray far from the original ballad, the piano giving the song more weight than Prince's acoustic guitar and trembling voice.

"Contrast" continues Josh Lawrence's fascination with colors and illustrates how the trumpeter is expanding his palette.  He is growing as an artist on so many levels, not just as an excellent soloist but as a composer and bandleader.  Grab ahold of this album and get into its grooves - the music is very alive and moving!

Here's the core quintet in action with the opening song from "Contrasts":