The Firehouse 12 Fall 2016 Concert Series rolls along in fine fashion; this week (10/20), the big wooden door opens to welcome the Claudia Quintet. The Quintet, now in its 20th year, has been the main vehicle for the music of drummer John Hollenbeck. The lineup - Chris Speed (reeds), Drew Gress (bass), and Matt Moran (vibraphone) - has had only one change in its existence and that's when Red Wierenga replaced accordionist Ted Reichman six years ago. Chris Tordini has subbed for Gress on several tours and also appeared on four of the 10 tracks on 2013's "September" CD. 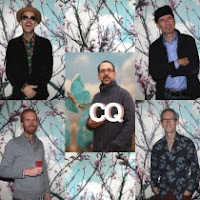 The music CQ creates has so much to offer the listener, whether one like melodies or percussion driven music, minimalism or incredible interactions.  All that and more will on display in the Elm City  performance venue. The group is touring in support of its latest Cuneiform CD, "Super Petite", a collection of shorter tunes (only one of the eight tracks is over six minutes.

Here's the band with a tune from the new recording: 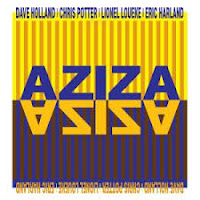 Here's a "super" group if ever there one existed.  Bassist Dave Holland, drummer Eric Harland, guitarist and vocalist Lionel Loueke plus saxophonist (tenor and soprano) Chris Potter first got together in the summer of 2015 and had so much fun on tour that the bassist brought the quartet into Sear Sound in September of that year.  The results of the two-day session can be heard on "Aziza" now released on Holland's Dare2 Records.

During that tour, everyone contributed songs to the playlist and the CD presents eight of them, two by each musician. The program opens with Loueke's "Aziza Dance" (from whence the group got its name - read how here), a funky ditty introduced by the guitarist's percussive riffs, Holland's deep bass notes, and Harland's nasty 4/4 drums (the music hearkens to back to Herbie Hancock's Headhunters "Chameleon.")  The drummer pushes the piece right along, allowing his rhythm section to keep the time while he fits about under the soloists.  Potter's piece "Summer 15" rolls lightly above the "St. Thomas"-like rhythms created by his three partners. His soprano sax phrases dance delightfully over the Island sounds. After Loueke's lilting spot, Potter moves over to tenor and does another type of dance, still swaying but with a bit more muscle. 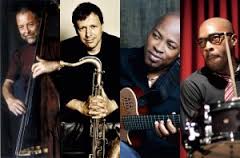 Aziza balances its more powerful tendencies with a softer side that is equally attractive.  "Walkin' The Walk" feels more like a stroll in the late afternoon sunlight and the bassist, who also composed the piece, takes the opening solo before Potter gives the piece a bit more punch as does Harland on his powerful solo.  His piece "Aquila" opens as a ballad yet picks up speed and intensity as its rolls along.

Potter's other contribution, "Blue Sufi", is the longest work of the 74+ minute program, clocking in at 13:40.  After a wondrous tenor sax "call to prayer" introduction, the rest of the group enters and the piece evolves into an uptempo adventure with melodic and rhythmic links to South Indian music.  Again, it's Holland's powerful foundation that opens up Harland's robust drumming. There are moments in Loueke's chord-laden solo that may remind some of the work of Sandy Bull (1941-2001) and, all of a sudden, the solo (the guitarist employs an organ-like tone throughout the song.  You'll love the interaction of Potter and Harland during the tenor solo as well how Holland's bass spotlight builds off the saxophone melody and the powerful underlying rhythm.

This splendid album closes with Loueke's rip-roaring "Sleepless Night"; from the opening guitar and drum interaction that leads to the guitarist's overdubbed vocal rendition of the melody to his squalling call-and-response with Potter, the song careers forward but never loses its focus.  Harland's rabble-rousing drums take the album out on a raucous yet satisfying series of high notes.

Aziza will be touring through the United States and Europe from mid-October through mid-November in support of the its debut album.  Go to daveholland.com/events to find out more.  If you can't get to any of the dates, get the album, turn it up loud and bask in its musical glory.  This recording is a delightful panacea to the venomous election cycle in the United States and the horrific news from elsewhere.  Great sounds from four players who give their all, having fun while exploding genres.