The Patriarch in Old Lyme + Young Musicians in Front

The Marsalis Family is well-known around the world for its contributions to jazz and jazz education.  Saxophonist Branford, trumpeter Wynton, trombonist/producer Delfeayo, and drummer/ vibraphonist Jason, all have followed their father's lessons, taught to them at an early age in their New Orleans home. They are all ambassadors for the music that took root in the Crescent City.

Father of the 4, Ellis Marsalis, 80 years old and going strong, is coming to The Side Door Jazz Club in Old Lyme this Friday August 14 and he's coming to play - in fact, and no surprise, the show is sold out.  Not sure yet whether it's his Trio or it's a solo gig but, one thing for sure, the music will shine brightly and swing mightily.  The elder Marsalis also understands the power of a ballad, caressing the melody as well as playing a solo that builds from the foundation of the song.

On Saturday, vocalist Michelle Walker arrives at The Side Door with a top-notch quartet for an evening of jazz, blues, Brazilian music and more.  Ms. Walker, who has released 1 CD on her own (plus 1 on the way) as well as co-leading a date with fellow vocalists Hilary Gardner and Whitney James) brings guitarist Ron Affif, pianist Toru Dodo, bassist Michael O'Brien and drummer Willard Dyson.  Ms. Walker studied classical voice at the University of Maryland and Holland's Amsterdam Music Academy before heading off to the Stanford (CA) Jazz Workshop.  She possesses a supple voice really digs into a lyric, inhabiting each song as if she wrote the words.

Her Quartet appears on her upcoming CD (plus former West Hartford resident saxophonist Joel Frahm) so they are quite familiar with the material.  The first set starts at 8:30 p.m.  Call 860-434-0886 or go to thesidedoorjazz.com for tickets and more information.

Here's a piece from an earlier recording: 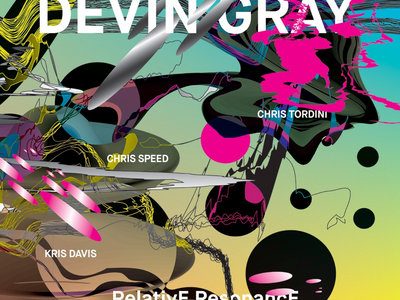 For his second recording for Skirl Records as a leader, 31 year-old Devin Gray has assembled and created a program of original pieces for a group of impressive improvisors (coincidentally all with the same first name.)  "RelativeE ResonancE" features Kris Davis (piano), Chris Speed (tenor saxophone, clarinet) and Chris Tordini (bass) playing music that is wonderfully challenging, filled with angular writing, smart interactions and thematic hairpin curves.  While there are moments when the group falls into a "groove", much of the time Gray's drums do much more than keep the beat.  On pieces such as "Notester" and "Translatlantic Transitions", there are long stretches when he's part of the melodic movement of the music. "In The Cut" rumbles along on the power of Tordini and Gray and then, seemingly out of nowhere, drops into a slower tempo while Davis and Speed (on clarinet) play a handsome melody.

The longest track (10: 29) on the CD, "Jungle Design (for Hannah Shaw)" is a thorny elegy dedicated to a woman from Brooklyn, NY who was a garden designer and died in a strange accident in 2014.  The piece opens slowly with long times from Speed (tenor sax) and bowed bass while the drums and piano create a structure around them.  The music pieces up in intensity culminating in a hard-edged solo from Davis while Speed weaves around her and Gray creates a percussive storm below. Again, he piece changes direction, moving into a thematic section where all 4 musicians move the music forward.  Tordini's solid bass playing really shines on this piece as well.

The title track moves forward on the power of the bass lines and Ms. Davis's dancing phrases; it's dedicated to composer/pianist Tadd Dameron (1917-1965) but has a more modern sound than the fine hard-bop composer.  Speed's oboe-like tenor sax solo bounces atop the rhythm section, often slowing behind the beat without losing his momentum.

"RelativE ResonancE" is deliciously modern music that refreshingly ignores convention but never abandons structure.  Devin Gray has composed music that asks as much of its performers as it does of the audience, never looking down on either or resorting to cliches to get a message across.  Make sure ti listen to how the melodies and rhythms fit together, move away from each other and come back or, even better, go somewhere new.  If you like the music of Henry Threadgill, Wadada Leo Smith, and Tim Berne, chances are good you'll like this music.  It's just as exciting and just as unique.

For more information, go to devingraymusic.com.

Here's a tune to enjoy: 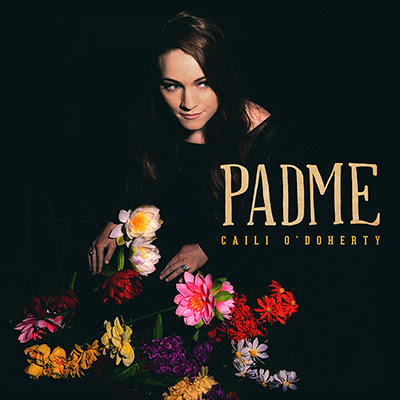 Pianist/composer Caili O'Doherty hails from Portland, Oregon, and reached musical maturity under the tutelage of Danilo Perez and Marco Pignataro at the Berklee College of Music in its Berklee Global Jazz Institute. She has performed in venues around the world bringing her talents to women's shelters, orphanages and prisons as well as concert halls and clubs.  Ms. O'Doherty also teaches in the Jazz at Lincoln Center WeBop program.

She has just issued her debut album, "Padme", on her Odo Records label, not only producing the sessions but also writing and arranging all the pieces.  The basic band includes Zach Brown (bass) and drummer Cory Cox (on all tracks but "Prayer Song" where Adam Cruz sits in the chair) with a number of guests throughout the program.  Alto saxophonist Caroline Davis joins the band on 4 of the 9 tracks, adding wordless vocals on "Ode to St. Johns" which also features trombonist Eric Miller.  The alto saxophonist is the other featured voice on "Stumptown", a rousing tune that show the influence of Perez in its construction and the playful piano solo.  Tenor saxophonist Ben Flocks and violinist Alex Hargreaves play on 3 tracks; along with trombonist Miller, they create a mini-orchestra behind the trio on several tracks including "The Promise of Old Panama City" and the lovely ballad "Prayer Song". On the latter cut, Flocks' tenor takes the lead on the melody and then, after a fine bass solo, the tempo picks up and he creates a  strong solo statement.  Guitarist Mike Bono join the trio on the title track, his rippling phases cutting nicely alongside the rich piano chords.  Cox and Brown create quire a fire underneath the soloists.  Ms. O'Doherty switches to electric piano on "Rose Baiâo", a piece that has a Brazilian feel and an excellent melody that opens to reveal strong solos from the leader and Ms. Davis.  On "89 Chestnut Street", one of the 2 Trio tracks, Ms O'Doherty revels in her formidable "chops", a joyous romp for all involved.

What truly stands out on this recording is the maturity of the melodies, the strength of Caili O'Doherty's playing and the excellent arrangements.  The guests are not for show, they really are part of the songs on which they appear, and understand and add greatly to the "stories" the composer is telling.  The rhythm section is such an integral part of this music as well.  They listen, they react, they are also equal partners in the success of this endeavor.

Caili O'Doherty, at 23 years of age, has all the makings of a true jazz artist.  Composer, arranger, teacher, soloist, producer and fundraiser, her debut recording circumvents the rules for most new artists. "Padme" has no standards, no covers of rock tunes, no "sweetening" with synths or string sections.  Listen, savor and imagine how bright her future will be.

For more information, go to cailimusic.com.

Here's the video introduction to the album (and you get to meet the band):