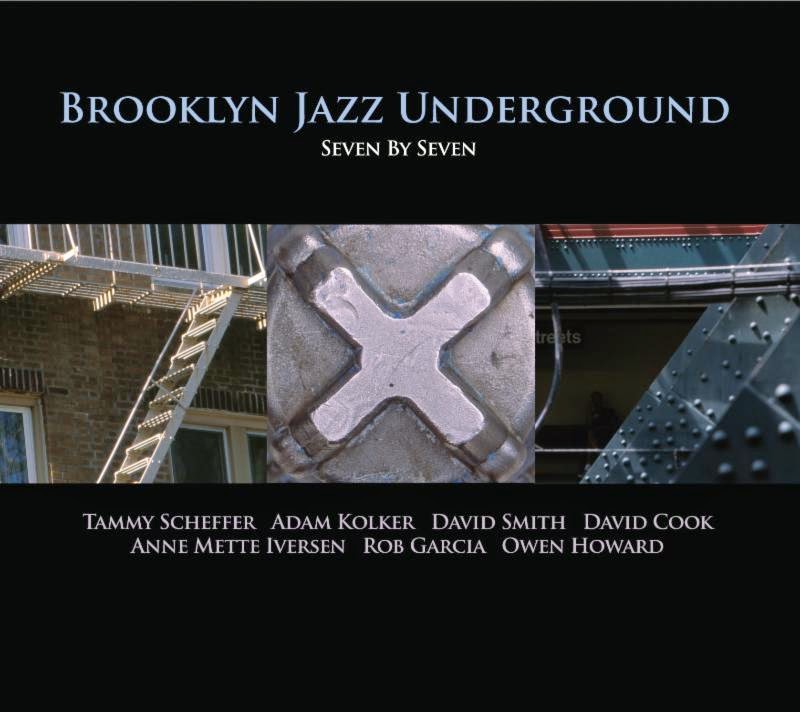 For its 2012 debut "A Portrait of Brooklyn" (BJU Records - reviewed here), the Brooklyn Jazz Underground was a quintet consisting of Anne Mette Iversen (bass), Rob Garcia (drums), Adam Kolker (saxophones, clarinets), Dan Pratt (saxophone, clarinet, flute) and David Smith (trumpet). The 2014 version that is featured on the ensemble's second BJU CD, "Seven By Seven", has expanded to a septet.  Pratt is gone but, in his stead, the group now includes David Cook (piano), Owen Howard (drums) and Tammy Scheffer (vocals).

The new recording includes 14 songs, 2 by each participant.  The twist here is that each composer picked a name out of a hat with the task of creating a "shorty" (a new piece not to exceed 2:25 based on a fragment of one of their compatriots' compositions.)  Fun for the band and a novel way to create new repertoire (to build from) plus it creates quite a challenge for the avid listener.  Yet, you need not play a guessing game to enjoy the music here.  Among the longer pieces, Ms. Scheffer's "Our Last Hora" blends Middle-Eastern rhythms with Western harmonies over a fine melody line. The composer's wordless vocals here (and throughout the program) blend well with the other instruments. That is quite nicely done on Ms. Mette Iversen's "Along The Lines" where Ms. Scheffer blends with the bass clarinet and trumpet to present the melody. There is tension created by the 2 drummers beneath the sparkling piano solo, as if they want everyone to speed up. Which is what happens  - the speeding up - in the middle section where Kolker (tenor saxophone) and Smith trade solo lines.

Howard's "Cowboys and Indians" is the longest track (10:38), with an opening reminiscent of Shelley Manne's drumming on Sonny Rollins' "I'm An Old Cowhand" (from the 1957 "Way Out West" Lp). Here, the percussion struts more than lopes as the front line twirls through the melody.  Everyone stops for the bass solo and, at its conclusion, the band returns at a slower, more hypnotic pace, for Kolker's mesmerizing clarinet solo.

Other highlights include pianist Cook's "Fort Pierce", a performance that opens as a ballad but takes a sharp turn into Kolker's solo soprano sax flight over the rampaging drums. Garcia's "Y" opens as a duet for voice and trumpet then presents the theme in waltz tempo before speeding up the tempo, changing the time for Cook's piano solo, playing with tempo changes for Kolker's breathy tenor spotlight before the drum solo.  Immediately following is Kolker's "shorty"; titled "This Is Why", one might surmise the song and title refer to Garcia's composition but not to these ears.  It's a sweet ballad for piano and the composer's clarinet, bringing the program to a gentle close.

"Seven By Seven", like its predecessor, is a delightful musical journey.  Intelligent, exciting, very well-played (Ms. Iversen, in particular, sounds energized throughout.), the 7 members of the Brooklyn Jazz Underground display great creativity while they are having great fun.  For more information, go to www.brooklynjazz.org/index.php.

If you are in the New York City area on Tuesday August 12, Smalls Jazz Club (183 West 10th Street) presents the David Smith Quintet (7:30 p.m.), the Anne Mette Iversen Quartet (8:35), Adam Kolker's Quartet (9:40), the David Cook Quintet (10:45) and Owen Howard's Drum Lore (11:50). On Thursday (8/14), the BJU Festival comes home to Shapeshifter Lab, 18 Whitwell Place in Brooklyn where the evening will start with the Tammy Scheffer Sextet (7 p.m.) followed by the Rob Garcia 4 (8:15) and closing with the Brooklyn Jazz Underground Ensemble (the septet) celebrating the release of the new CD.  That set commences at 9:30.  For more information, go to the BJU website above or click on the Club name. 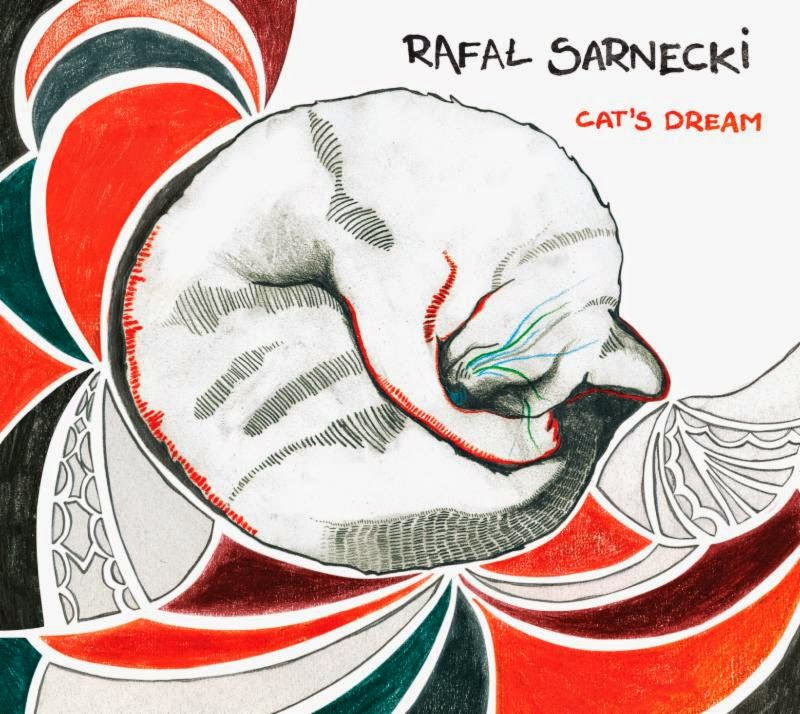 Before "Cat's Dream" entered the house, I knew nothing about its creator, composer/guitarist Rafal Sarnecki.  Upon my initial listening, I realized that Mr. Sarnecki is an excellent musician, fine composer and intelligent arranger.  He's also a smart bandleader;  the native of Warsaw, Poland, has been living in New York City since 2005 and was extremely wise to build his sextet around the rhythm section of Glenn Zaleski (piano), Rick Rosato (bass) and Colin Stranahan (drums).  Joining him on the front line is vocalist Bogna Kicinska (also a native of Poland) and reed player Lucas Pino (who appears on Sarnecki's excellent 2010 Fresh Sounds release "The Madman Rambles Again.") That previous recording utilized a trumpet in the front line which is the role of Ms. Kicinska for the new one.

There is nary a weak moment on these 8 pieces, songs that display variations in colors and rhythms with well-thought out melodies.  One hears the influence of of Chick Corea and John Hollenbeck's writing on the opening track "Three Old Men From The Land of Aran", with its quick shifts in tempo plus the blend of voice with guitar and piano.  Stranahan's highly interactive drumming pushes the guitarist and serves up a cymbal washes to support Pino's tenor sax spotlight. Rosato, Zaleski, Stranahan and Pino's bass clarinet build a lovely frame for the voice and guitar on the fine ballad "Piazza Verdi." The bassist gets a solo in the middle of the piece after Sarnecki and Ms Kicinska has presented a long and slowly unfolding melody.

Pablo Neruda's poem "Sueno De Gatos" ("Cat's Dream") supplies the album with its title and only song with lyrics.  The slippery drums, the full-toned bass and fiery piano give the song its infectious drive, making room for strong solos from the leader and Zaleski.  Pino's flute shadows and wraps itself around the vocal in an appealing manner.

The oddly titled "Plane Crashes and Conspiracy Theories" has an artful melody as well as furious rhythm for Pino's tenor sax, the rippling guitar and athletic vocal.  The rhythm section puts on quite a fireworks show 3 minutes into the 10+ minute piece.  There are several short "slowdowns", one before the excellent guitar solo, the other before Pino's tenor takes a ride atop the rampaging drums.

The program closes with the longest piece (10:44), "For Anastazja" a multi-sectioned work whose melody sounds as if Sarnecki adapted it from a traditional Polish song  After Ms. Kicinska delivers a melody that really shows off her vocal range, the leader digs into his solo over the rumbling rhythm section.  Rosato drops into a furious "walking" bass pace for Pino's energetic tenor solo.  After the voice, guitar and saxophone re-state the opening theme, the piece slows down for Zaleski's emotionally rich solo.  With the bassist and drummer providing a solid foundation, the pianist leads the front line back in to take the song out as it began.

Rafal Sarnecki delivers a major statement on "Cat's Dream"; his music deserves to be heard.  There are many fine solos on the recording, many of them building off the impressive melodic and harmonic structures Sarnecki has provided.  The super rhythm section, Ms. Kicinska's supple and powerful voice, Lucas Pino's solid work on his different reeds and the guitarist's assertive playing all make this an album worth your time.  For more information, go to rafalsarnecki.com/.

A quick glance at the title of the debut recording by bassist/composer Noah Garabedian and one might expect a classic blues or traditional jazz recital awaits the listener.  But, it's "Big Butter and The Eggmen", not "A Big Butter and Egg Man."  The lineup that plays this excellent music is a bit unusual - Kenny Warren (trumpet), Kyle Wilson (tenor saxophone), Curtis Macdonald (alto saxophone), Anna Webber (tenor saxophone) and Evan Hughes (drums) - they maneuver through this music with aplomb.

Opening with the lovely chorale for reeds and brass, "Gladstone", the Berkeley, CA, native Garabedian gives notice that this will music of surprise and stealth.  "Romping" follows (perfect title), a piece that shows the influence of Ornette Coleman and Henry Threadgill, not so much in the execution but in the intent of the composer to give the musicians a different palette of sound and ever-shifting rhythms.  A slight return to a variation of the chorale that opened the program opens "Also a Gladstone" - this time, the rhythm section enters to help move the piece and away from its opening mood.  Hughes (also a Berkeley native) opens the music up, providing a dancing rhythm track for solos that pair Warren with one of the tenor players   After a change in the intensity, Macdonald takes a splendid solo that truly soars without getting lost.

"Once We Saw A Blimp" is a bluesy ballad that opens as if it were a classical piece but, soon the various voices start to wander (musically), much like a work by Julius Hemphill. Garabedian's melody lines move away and then back into the center of the piece. The rhythm and melody of "Opposite Field Power" sounds like Kurt Weill meets Xavier Cugat, a Teutonic cha-cha. The leader's unaccompanied bass solo at the start of "Hippie Havoc" (great title) moves from short fragments to thumping rhythm that sets the pace for the drums who falls right into step.  Macdonald jumps in next with a solo that twists and turns, ending on a melodic line reminiscent of a Beatles song (that shows up again at the close of the song). When the rest of the group joins in, the intensity picks up for a moment with a militaristic flair before dropping down for a tenor solo.  The final track, "Measurements", is a soulful ballad that conjures up music by The Band or a sweet tune from Lester Bowie's Brass Fantasy.  There are no solos per se though the melody offers both unison and polyphonic moments. 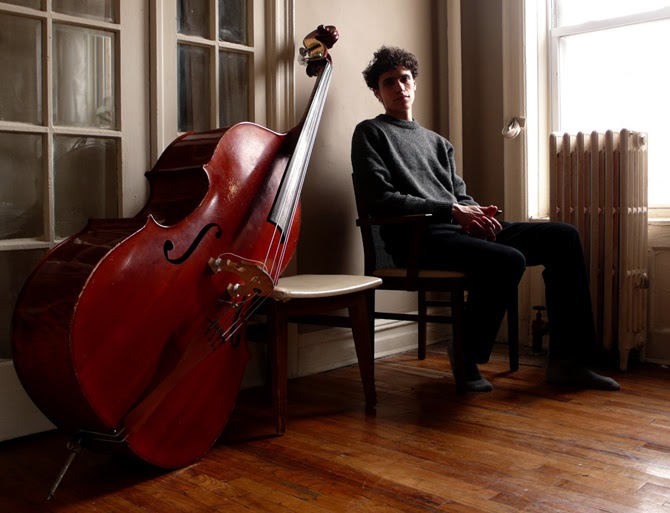 "Big Butter and The Eggmen" is a splendid debut from Noah Garabedian, one that displays his maturity and portends more great music in the future.  Because the bass has such a large presence in the mix, one does not really notice the absence of a chordal instrument; yet there is also plenty of space in this music.  This is music that does not concerns itself with technical dexterity but is telling stories, communicating with its audience with its soulful qualities. For more information, go to www.noahgarabedian.com.

While numerous writers and publications go on about the death of jazz and classical music, artists keep right on creating. The new generation of musicians involved in creative music know they can easily (and usually have to) move in and out of genres, that they can play folk music one night, jazz the next, or work in a Broadway or off-Broadway pit band, all to support their family and their artistic visions.  How do they get people to listen?  Collectives such as the Brooklyn Jazz Underground, and its record label, offer "strength in numbers", places to play, good career advice and an outlet for their music.

These 3 recordings are scheduled to be released August 26 - for more information, go to www.bjurecords.com.