Jim Hall died on Tuesday, seemingly in the prime of his life.  That's an interesting thing to write about an 83 year-old person but he was still quite active as a performer and recording artist.  Best known for his work with drummer Chico Hamilton, saxophonist Sonny Rollins ("The Bridge"), clarinetist Jimmy Giuffre ("The Train and the River", "The Western Suite") and his duos with Ron Carter, Bill Evans and Bob Brookmeyer, Hall influenced a slew of musicians.  He toured and recorded with Pat Metheny and Bill Frisell, recorded many Lps and CDs under his own name for labels such as CTI, Concord, Telarc and, most recently, ArtistShare.  His innate sense of melody shown through every recording and live dates. When one would see him in concert, he did not play loud but, inevitably, the listener hung on every note - he wasted so few.

To get a taste of his recent work, go to jimhallmusic.com/.  He surely will be missed.

2013 was another banner year for large ensemble recordings. It's extremely hard to pick one above the others.  We'll start with "In This Life", the latest Sunnyside release from flutist/composer Jamie Baum - the music, written for her Septet +, takes its cues from Ms. Baum's journeys to the Middle East and beyond as well as her love for the music of Nusrat Fateh Ali Khan. The arrangements are smashing, the musicianship exciting (the group includes trumpeter Amir ElSaffar, saxophonist/bass clarinetist Douglas Yates, guitarist Brad Shepik, pianist John Escreet, bassist Zachary Lober, drummer Jeff Hirschfield, French hornist Chris Komer, plus guests Dan Weiss (tablas), Taylor Haskins (trumpet) and Samuel Torres (percussion) with the results dazzling and emotionally strong.  For more information, go to www.jamiebaum.com. 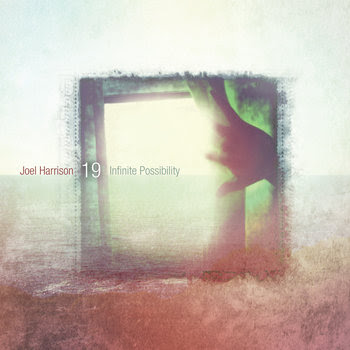 Guitarist/composer Joel Harrison wisely titled his 2013 Sunnyside release "Infinite Possibility" - he created the 6 compositions for a 19-member ensemble that includes a number of great soloists (saxophonists Donny McCaslin and Ned Rothenberg, trumpeters Taylor Haskins and Justin Mullens plus trombonists Alan Ferber (see below) and Jacob Garchik) and a stellar rhythm section (bassist Kermit Driscoll, pianist Daniel Kelly, percussionist James Shipp and drummer Rob Garcia). With influences of modern classical and progressive rock music rubbing musical elbows with jazz and blues, the music rises out of the speakers with a majestic roar and hushed poetic images.  Mr. Harrison has shown himself to be one of the most creative voices in contemporary music - you can truly hear that on this CD.  For more information, go to joelharrison.com.

The third of 3 excellent Sunnyside releases to feature large ensembles (I never had the opportunity to hear the John Hollenbeck release from earlier in the year) comes from trombonist/composer Alan Ferber. "March Sublime" bristles with energy, blending intelligent compositions with exciting arrangements and splendid soloists.  Powered by the leader's twin  brother Mark on drums, bassist Matt Pavolka, pianist David Cook and guitarist Anthony Wilson,  the songs feature smart solos by the likes of Taylor Haskins, saxophonists John O'Gallagher, Chris Cheek and John Ellis, trombonists Ferber, Josh Roseman and Ryan Keberle plus others.  For more information and the opportunity to hear 2 tracks, go to sunnysidezone.com/album/march-sublime. 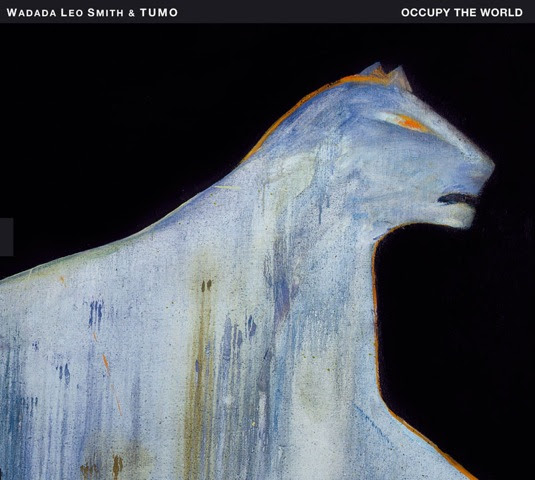 In 2012, Wadada Leo Smith issued "10 Freedom Summers", this year "Occupy The World" (TUM Records) with the TUMO Orchestra.  While the music on the former recording celebrates and/or commemorates the Civil Rights Movement of the 1950s and 60s (and beyond), the music on the latter not only has political overtones but also includes dedications to Marion Brown and bassist John Lindberg.  The 22-member ensemble, comprised of the finest improvisers from Finland and the Nordic region, gives life to Mr. Smith's stunning abstract compositions.  As usual, the trumpeter plays with a clarity and brilliance that stands out above the melodies.
To find out more, go to www.tumrecords.com/037-2-occupy-the-world.

Most recently, Marty Ehrlich's Large Ensemble is featured on "A Trumpet In The Morning" and it deserves to be on the "Best of" list for this and every year as does "Wild Beauty", a celebration of the music of Joe Lovano as arranged by Gil Goldstein and performed by the Brussels Jazz Orchestra.  I'm saving both for next year.

Next time out, "Best of" trios, quartets, quintets and sextets.