Pianist/composer Geri Allen grew up in Detroit, Michigan, the daughter of a public school teacher and principal.  Her new recording, "Grand River Crossings" (Motema), is dedicated to the music and artists of her hometown.  Not only does she perform works associated with Berry Gordy's Motown and Tamla labels but also includes a striking rendition of Paul McCartney's "Let It Be" influenced by Aretha Franklin (who was raised in Detroit) as well as pieces by Detroit native Roy Brooks (1938-2005) and Gerald Wilson (born in Mississippi but raised in Detroit.)

Trumpeter Marcus Belgrave (long associated with the Motor City jazz scene) joins Ms. Allen for 3 pieces, including his composition "Space Odyssey" (from his 1974 "Gemini" Lp.)  Mr. Belgrave also joins the pianist on Brooks' "The Smart Set" and Wilson's "Nancy Joe".   Detroit-based alto saxophonist David McMurray (Was/Not Was, The Rolling Stones, Bob James as well as a leader) pairs with the pianist for a short but rollicking version of "Itching In My Heart."

One can hear how these songs, many of these extremely popular around the world, became part of the soundtrack of the pianist's life.  Pieces such as Frank Wilson's "Stoned Love"  and Smokey Robinson's "Tears of a Clown" draw on the harmonic and rhythmical strengths of the originals, caressing the melodies and bringing out subtleties one probably missed as these songs blasted out of a car radio. The CD opener, "Wanna Be Startin' Somethin'" (composed by Michael Jackson) rides in on that irresistible bass line that made one's feet start moving while Marvin Gaye's "Inner City Blues" mines the composer's gospel and r'n'b roots. The pianist follows the latter track with a heartfelt performance of Gaye's "Save the Children", capturing on her keys the emotion that filled the vocals on the original (both tunes by the late singer/songwriter appeared on his 1971 "What's Goin' On" Lp.) The trance-like figure by the left hand on "Baby, I Need Your Lovin'" gives the passionate melody great emotional depth.

The original compositions by Ms. Allen are 3 transitional pieces, only 1 - "In Appreciation" - is over 60 seconds long. The 2 that bear the name of the CD are contemplative and impressionistic while the other is a rocking gospel piece that emphasizes the pianist's solid left hand and highlights her sense of "groove."

"Grand River Crossings" is quite stunning in its musicality, notable for Ms. Allen's talent to make a song one may have heard in his or her youth seem fresh, even startling, at times.   Perhaps it is because a majority of this music was a major part of the soundtrack of my teens and early 20s, many of the pieces evoke memories long locked away.  Yet, even if you never paid attention to the music coming out of Detroit, Geri Allen draws the listener in on the strength of these melodies and you can hear how much they meant to her.  For more information, go to www.geriallen.com. 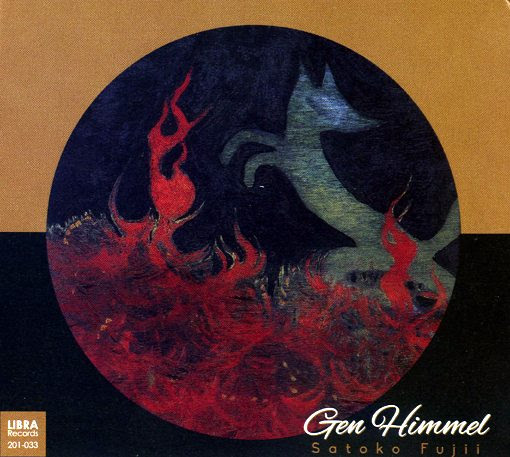 In the 2+ decades since pianist/composer Satoko Fujii came onto the contemporary music scene, the Tokyo, Japan, native has appeared on 80 CDs, over 33% of them released by Libra Records, the label she co-owns with her husband and trumpeter Natsuki Tamura.   On September 21, 2012, she and Mr. Tamura spent the day at Systems Two in Brooklyn, New York, where engineer Mike Marciano recorded solo CDs by both of them.  Ms. Fujii's effort is titled "Gen Himmel" (translates to "heavenwards") and may surprise some listeners more familiar with her Big Bands, quartets and trios, how melodic and introspective the majority of these songs are.  That's not to say that Ms. Fujii does not take chances. For instance, the title track opens with the pianist playing inside the piano, strumming the strings, creating many fascinating overtones.  The plaintive melody that emerges from the "noise" has the feel of an Appalachian folk ballad.  Only 1 track is over 4:50 and that is "Take Right", an episodic piece with prepared piano that moves through several distinct sections before the pianist breaks into a forceful, percussive, rhythm. Even at 8+ minutes, one desires more of the fiery piano work that erupts.

Shorter performances, such as "Ittari Kitari" (2 minutes) and "Hesitation" (2:24), are satisfying, the former for its head-long rhythms and the latter for the ebb-and-flow of the melody against the rhythm in the left hand.  "Summer Solstice" (taking its name, perhaps, from the day of the recording) opens with 2-handed chords (similar to pieces by Aaron Copland) before moving into a charming melody line. later in the piece, the tension between the low notes in the left hand and the repetitive figures in the right hand, adds strength to the music that does not let up until the swirling finish. There is also a "modern classical" feel to "I Know You Don't Know", with it's forceful single-note melody lines and counterpoint.

The program closes with "Der Traum" ("The Dream"), another strong melodic excursion that draws comparison to the solo works of Keith Jarrett, the pieces that stand above style and type in a manner seamlessly that blends rhythm and melody (the former often understated and the latter the "heart" of the music.)  The piece returns to the opening theme but does not resolve (dreams are like that, at times).

"Gen Himmel" illustrates just how much creativity can be found in the heart and mind of Satoko Fujii.  Her "group" music is often angular, challenging, tense and one can hear those qualities in this solo music. Yet, there is beauty in these melodies, there is purpose in the rhythms and there are moments of sheer playfulness.  For more information, go to www.satokofujii.com.
Posted by Richard B. Kamins at 4:51 PM