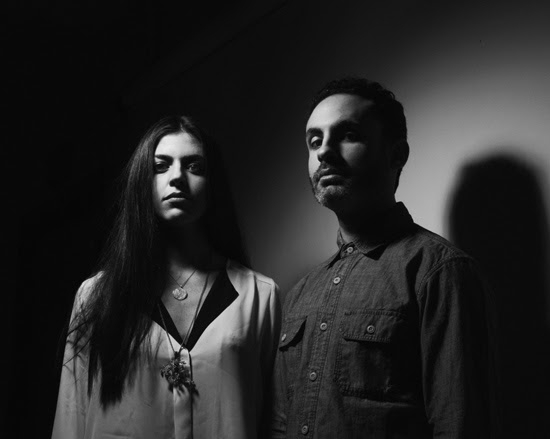 The duo of Kristin Slipp (vocals) and Dov Manski (piano, wurlitzer electric piano) have just released their debut CD, "A Thousand Julys", on Sunnyside Records. They met attending the New England Conservatory of Music in Boston and discovered mutual musical interests.  Their music is a fascinating blend of standards from the likes of Cole Porter, Jerome Kern and Hoagy Carmichael plus a strong version of Charles Mingus's "Duke Ellington's Sound of Love". The spare arrangements and soft vocals make the lyrics stand out.

Ms. Slipp and Mr. Manski perform this Wednesday (9/25) at Pizzeria Lauretano, 291 Greenwood Avenue in Bethel, a venue beginning to be known for its adventurous programming.  The venue's website does not list a time for the show so I would call 203-792-1500 for more information. To check out their upcoming schedule, go to www.pizzerialauretano.com.

Vibraphonist/educator and now author Gary Burton is celebrating his 70th Birthday in style, going on tour. This Thursday (9/26), he and his New Quartet (bassist Scott Colley, drummer Antonio Sanchez, and guitarist Julian Lage) land at the Jorgensen Center for the Performing Arts on the campus on the University of Connecticut at Storrs for a 7:30 p.m. show. Earlier this summer, the New Quartet released "Guided Tour" on Mack Avenue Records and, arguably, it's one of Burton's best recordings (that's saying something, considering his 4+ decades as an artist). Every member of the band contributed compositions, including the leader who is not one of the more prolific composers.  Burton, who turns 71 next January, also has a new book, "Learning To Listen", a honest look at his career and personal life. Owen McNally of The Hartford Courant conducted a fine and informative interview with the vibraphonist - click here to read it. For ticket information, go to jorgensen.uconn.edu/events/.

It's week #3 for the Firehouse 12 Fall 2013 Concerts Series and one can already tell it's a special season. The series debuted with Gerald Cleaver & Black Host with the David Binney 4 the followed week. In keeping with the theme of ensembles with great drummers (Mr. Cleaver and Nasheet Waits), this Friday (9/27) the spotlight shines on the duo of Larry Ochs (saxophones) and Don Robinson (drums).  Mr. Ochs, long a stalwart member of ROVA saxophone quartet, has worked with Mr. Robinson (a resident of San Francisco rarely seen and heard on this coast) for over 2 decades, having first teamed up in 1991 as members of the late saxophonist Glenn Spearman's Double Quartet.  They have also worked with bassist Lisle Ellis in the cooperative trio What We Live as well as in Mr. Ochs' Sax and Drumming Core.  They have been officially been a performing duo since 2011 with recordings set to be released this Fall.

Larry Ochs and Don Robinson will play 2 sets - 8:30 and 10 p.m. - and you should expect the music will be going in many directions, as befits a pair of great improvisers.  For more information, go to firehouse12.com and www.ochs.cc. 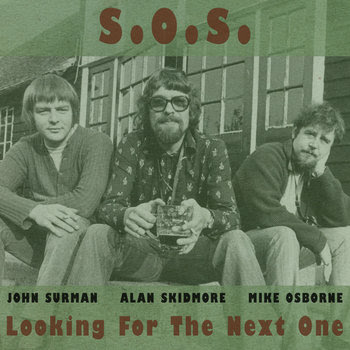 John Surman (soprano sax, baritone sax, bass clarinet, keyboards, acoustic piano and synthesizers), Mike Osborne (alto saxophone, percussion) and Alan Skidmore (soprano sax, tenor sax, drums) formed the trio S.O.S. in 1973 and disbanded in 1976 - during that time, the ensemble produced some glorious noises.  A new 2-CD set,  "Looking For the Next One" (Cuneiform Records) documents 3 sessions, 2 in the studio from 1974 and 75 and the entirety of the ensemble's July 27, 1974 appearance at the Balver Hoehle Jazz Festival in Balver, Germany.

O, and what a joyous noise this trio could produce.  Surman was enamored with his synthesizers and enjoyed blending his trance-like figures (a la Terry Riley) with the sounds of the saxophones.  The first CD opens with "News", fading in on a synth loop that Surman plays his electronically-altered soprano over (it's a technique he continues to use).  Here, there is a "wah-wah" attachment which links it to the experiments of Miles Davis.  That is followed by the trio taking on "Rashied", composed by drummer Rashied Ali.  One hears the influence of AACM musicians such as Roscoe Mitchell, Joseph Jarman and others.  Drummer Tony Levin joins the trio for 2 tracks from the 1975 studio session.  "Q.E. Hall" opens with the drummer playing against a synthesizer loop before Surman adds electric piano behind the boisterous tenor sax solo. The music sounds a bit like early Weather Report, especially beneath Osborne's fiery alto solo. Martial drumming leads in Surman's arrangement of the traditional "The Mountain Road", a Highland jig with the alto trading lies with the twin sopranos of Surman and Skidmore.

The "Live" CD opens with the introduction of the musicians to great applause  The audience falls into rhythmic clapping as the synthesizer loop lead-in to "Suite" hushes the crowd.  Light percussion accompanies the loops, then electric piano appears in the background and, little by little, the saxophonists enter as the loop drops out. Surman's bass clarinet plays a supporting role as the alto and tenor play the rhythmical melody.  The piece changes course numerous times over its 25+ minutes, with the trio swapping lead and supporting roles.  Later on, Surman switches to electric piano, Skidmore to drums (quite a solid player) and Osborne creates a roller-coaser of an alto solo. Surman's piano solo utilizes a number of sound-shifting devices before Osborne returns for a soprano sax solo. "Up There", with its bass clarinet rhythm pattern and its genial interactions, may remind some of the World Saxophone Quartet in its early days (interesting, the W.S.Q. did not come into existence until 1977.) With the exception of the classically-inspired "Legends" (composed by Surman) which clocks in at 2:13 (38 seconds of which is applause), the live CD contains 3 fairly long pieces and nary a dull moment.

While John Surman and Alan Skidmore are still quite active, Mike Osborne retired from professional music in 1982 due to issues with mental illness and passed from lung cancer in 2007. Though the three musicians played and recorded together in larger ensembles, up until the release of "Looking For the Next One", the only recording by S.O.S. was their 1975 self-titled Lp on OGUN Records (it's been reissued on CD but is hard to find.) It's great to hear this music, this creative wall-of-sound created in the halcyon days of experimentation, and thanks to Cuneiform Records, available to all to behold.  For more information, go to www.cuneiformrecords.com/bandshtml/sos.html.