The penultimate concert in the Bushnell Park Monday Night Jazz series (sponsored by the Hartford Jazz Society) takes place this Monday - August 5 - and features the Will Calhoun Trio.  Drummer Calhoun, a native of Brooklyn, New York, is best known for the quarter-century he has manned the percussion chair in the powerful jazz-rock/hip hop/metal experience known as Living Colour (the quartet disbanded in 1995 and re-connected in 2000).  To call him a muscular player does not tell the whole; Calhoun studied at the Berklee College of Music in Boston and has worked with artists as varied as B.B. King, Dr. John, Herb Alpert, Jaco Pastorious and Pharoah Sanders.

This year, Motema Records released Calhoun's first CD as a leader since 2005;  titled "Life in This World", a majority of the 12 tracks find him in the company of the rhythm section he's bringing to the Park in Hartford, pianist Marc Cary and bassist Charnett Moffett.   Both record for the same label and both have issued new CDs in the past few months - in the case of Moffett, he's released 2 new recordings, one an impressive solo acoustic bass project, the other featuring members of his family (including his wife and son).

The Monday night gig starts at 6 p.m. with an appearance by the Orice Jenkins Septet.  Joining the talented young pianist/composer will be vocalists Shenel Johns and Erica Bryan plus Alden Hellmuth (alto sax), Nathan Davis (trombone), Tom Sullivan (bass) and Eric Hallenbeck (drums).  The Will Calhoun Trio hits the stage at 7:30.  If you cannot attend, WWUH-91.3 FM is broadcasting the series - go to wwuh.org and listen online.  In case of rain, the concert moves indoors to the Asylum Hill Congregational Church. For more about the concerts, go to hartfordjazzsociety.com. 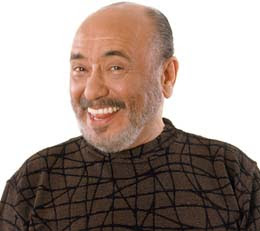 The smiling face to your left belongs to pianist/composer Eddie Palmieri, one of the performers headlining this weekend's Litchfield Jazz Festival.  The LJS, inaugurated in 1996, takes place Friday - Sunday (August 9-11) on the Goshen Fairgrounds in Goshen, CT.

Mr. Palmieri and his Latin Jazz Orchestra is the closing act on Saturday, taking the stage at 7:45 p.m.  The day actually starts at 12 noon with the Val Ramos Flamenco Ensemble followed at 1:45 by bassist Avery Sharpe Gospel Explosion & Sacred Songs. At 3:30 p.m., Gary Smulyan's Baritone Summit will perform - the front line includes the baritone saxophones of Lauren Sevian, Clare Daly, Andrew Hadro and Mr. Smulyan supported by the rhythm section of Helen Sung (piano), Jon Michel (bass) and the irrepressible Matt Wilson on drums.
Vocalist Gregory Porter, who has been showered with critical acclaim since his debut 3 years ago, takes the stage with his group at 6 p.m.

Sunday's festivities begin at 12 noon with the Orrin Evans Trio (the pianist is pictured left) followed by a "Tribute to Chet Baker" featuring vocalist June Bisantz at 1:45.  The Don Braden Quartet featuring pianist Geri Allen will be onstage at 3:45 to followed  at 5:30 by the Vincent Herring/Eric Alexander Quintet with the wonderful pianist Harold Mabern. Closing the day and the Festival will be more Latin jazz, this time Papo Vazquez Mighty Pirate Troubadors.  They will rock the tent at 7:15 p.m.

For tickets and more information, go to litchfieldjazzfest.com or call 860-361-6285.

The week-long New Haven Jazz Festival, with events happening in venues all around the Elm City, takes place from August 12 - 18.  More on that great event, including an outdoor concert featuring saxophonist Wayne Escoffery with Jeremy Pelt, later this week.
Posted by Richard B. Kamins at 9:34 PM