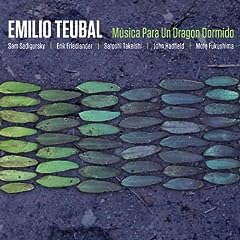 Born in Madrid, Spain, to Argentinean parents in exile, Teubal has also covered much territory in his life.  His family returned to their native land when he was 8 years and, one year later, he started studying and playing piano.  He moved to New York City in 1999 to continue his studies and begin his professional career, one that has seen him perform with John Benitez and the Marta Gomez Group, among others.

All of which leads us to his new CD.  The influence of his Argentinean roots is evident throughout but not overwhelming.  Much of this music is carried by the tremendous rhythmical playing of the pianist, the percussionists and Fukushima thick-toned electric bass.  On top of that are the often captivating melodies, many of which feature Sadigurksy on clarinet.  The program opens with "Un Simple Objeto" with its perky melody played over chords that would not be out of place in Vince Guaraldi's music for "Charlie Brown." While the clarinetist and cellist share the melody line, the music percolates forward.  Hadfield (hand drums) and Takeishi (cajon and hand percussion) strut back and forth while the bass and piano support them. The impressionistic solo piano opening of "The Constant Reinventor" has the sound of a work by Ralph Towner, even more so when the clarinet enters to share the main theme.  The arrangement adds the other players as it moves forward with the cello having its part in the melodic development and the bass serving as counterpoint.  All of sudden, the tempo shifts into a tango yet the melody continues to be shared by the 3 musical voices.   Teubal's solo is a series of cascading notes and rhythmic patterns over the percolating rhythms.Near the close of the song, he adds a short section with a rapidly descending line for the piano, clarinet and cello that is so thrilling (especially as Friedlander goes in the opposite direction of the piano and clarinet.

This recording is filled with breath-taking moments.  Sadigursky gets to play most of his reeds on "La Perla", overdubbing clarinet, bass clarinet and flute even soloing on all 3 as the piece moves forward. Then, close to the end, there's a section that features 2 clarinets, bass clarinet and flute pushing the melody and rhythm forward.  In an email exchange with the reed player, he wrote "Emilio plays with such a great time feel and percussiveness, and really writes for the entire piano.  He has a vision, but also trusts the players around him to make decisions and push things in different directions."


"Musica Para Un Dragon Dormido" is quite an impressive achievement. Like a great movie director, Emilio Teubal went into the studio having an overall blueprint for this music and, once he put it in the hands and minds of this fine ensemble, the project took flight.  Like fellow Argentinean Guillermo Klein accomplishes in his original music, Teubal has woven threads of numerous musical styles into his compositions without losing touch with his "roots." This CD creates such an amazing sonic world, one does not want the music to end.  Brilliant and accessible, highly rhythmic and strongly melodic, one will find much to enjoy in Emilio Teubal's new recording.  For more information, go to www.emilioteubal.com. 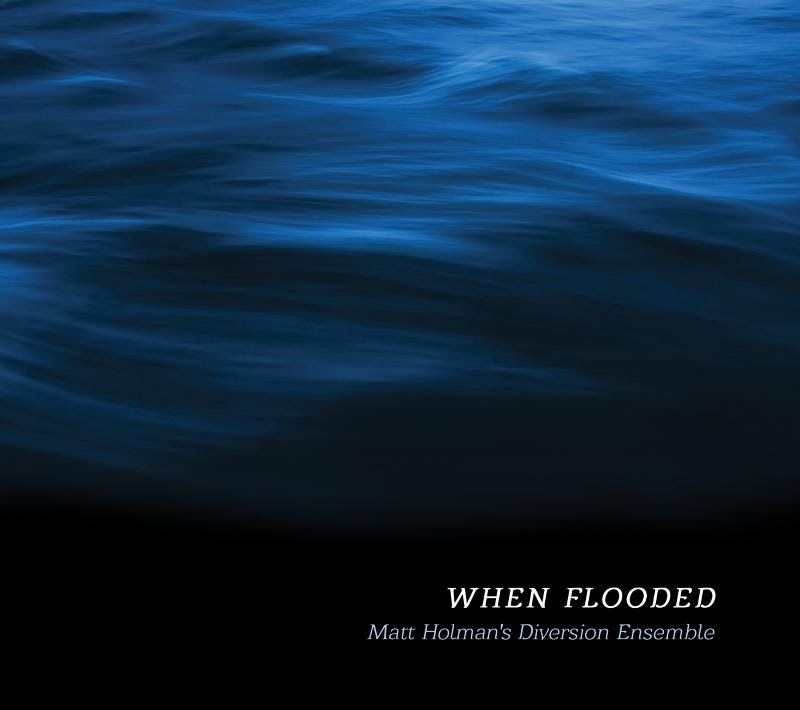 Trumpeter/composer Matt Holman has a list of credits the length of one's arm, ranging from his regular gigs with Darcy James Argue's Secret Society, John Hollenbeck's Large Ensemble and Asuka Kakitani's Big Band to appearances with Kurt Elling and Kate McGarry. He's won a slew of awards, grants and commissions and is currently of the New York Symphony Jazz Band, a 17-piece ensemble dedicated to not only preserving the Big Band tradition but also support young composers.

For his debut CD as a leader, Holman has convened a quintet featuring Mike McGinnis (clarinet, bass clarinet), Christopher Hoffman (cello), Nate Radley (electric guitar) and Ziv Ravitz (drums, percussion) and supplied them with a program that challenges their skills as creators.  Hoffman, who has worked and recorded with Henry Threadgill, is called on to be both a soloist and to play the bass lines; he does so with poise and style.  Ravitz, born in Israel and now in the United States for over a decade, displays great sensitivity and drive.  His wonderful martial drumming on the title track really pushes the band but never overwhelms them.  Guitarist Radley, who is a member of Loren Stillman's Bad Touch and has worked with a score of New York-based musicians, is a fine rhythm guitarist.  His rippling lines, funky rhythm lines and smart counterpoint on "Chain Of Command" captures one's attention.  McGinnis, a member of the four bags and co-founder of OK|OK, is a wonderful foil on the front line, his warm tones working nicely with and alongside the clear, crisp, tones of the leader's trumpet.

There is a modern classical feel to the opening strains of "Kindred Spirits" with the theme carried the clarinet.Once the rhythm section settles into the beat, Holman's trumpet enters, playing the second theme.  When he and McGinnis play in unison, the music soars.  And, listen to how the cello and drums negotiate the rhythms.  The clarinet once again leads the way on the subsequent track, the handsome ballad title "Tutti." When Holman starts, the piece begins to swell and recede, like waves lapping on a dock.  The stately feel of the previous can be felt in the early moments of the title track, with the trumpet leading the way and the clarinet lines moving in and around.  Then, the piece picks up for a while before dropping back to a quiet groove for Radley's halting solo (he seems to be just behind the beat at the beginning before riding the groove.)  The guitar solo builds in intensity as the front line plays flowing lines behind him.

Ravitz's Middle-Eastern rhythms open "Where the Tracks End", a piece with a melancholy melody. McGinnis's bass clarinet melds with the trumpet at times then splits away moving back in.  After Hoffman's short, blues-influenced solo (over the percussion and Radley's gentle backing phrases, the guitarist takes off on his own.

One hears the influence of Dave Douglas (especially the Tiny Bell Trio), at times, in the melody lines and rhythms.  Yet, Holman is also very interested in group dynamics and how each musician contributes to the overall sound. So, in the rocking mid-section of "Chain of Command", there is equality in the hard-edged guitar lines, the rollicking clarinet, the keening cello, the clarion call of the trumpet and, all the while, Ravitz is bashing away with glee, not out of control but with purpose.

"When Flooded" continues the flood of impressive new recordings for 2013. These are Matt Holman's compositions and his vision but the music is an entire group effort. The sound quality is excellent, there is very little clutter (the clarity of the cymbals and cello is super) and, most certainly, no ego-trips.  This CD, like the Emilio Teubal reviewed above, deserves your attention.  For more information, go to mattholman.com.
Posted by Richard B. Kamins at 10:49 AM