Poetry With and Without Words

It's been 3 years since composer-reed player Sam Sadigursky released "Word Project III", his attractive series of recordings pairing original music with poems by a wide array of poets. While that 2010 release blended different musicians and vocalists into the mix, "Words Project IV" (New Amsterdam Records) features Sadigusrky in a collaboration with French pianist Laurent Coq and a rhythm section of Yoni Zelnik (acoustic bass) and Karl Jannuska (drums). Also, in other differences from the previous releases, Christine Correa is the only vocalist (save for the occasional harmony from the leader) and the music is primarily acoustic. Ms. Correa, whose readings of poetry have enlivened recordings by pianist-husband Frank Carlberg, sparkles throughout this program, adding grit, drama, humor and fire to the music.  Among the poets Sadigursky chose for this CD are Carl Sandburg, Sadi Ranson-Pollizzotti, Bertold Brecht, Charles Simic, Fernando Pessoa, Kim Addonizio, Spencer Reece and an amateur writer, George W. Bush (collected by cartoonist-journalist Richard Thompson.)

In interviews, Sadigursky spoke of how this project came about, the second of 2 recordings with pianist Coq and the group, how much he enjoyed working with them and how easily the sessions went.  Of all the recordings, this is one that feels most like "jazz" but not at the expense of the words.  Opening with Sandburg's "Basket", a poem that consists of only 2 sentences that the ensemble performs in several different settings.  After a short musical introduction, Ms. Correa sings the lines with great power and the band reacts. Coq's chordal attack, pushed by the active rhythm section, supports both the vocalist and the leader's hardy tenor sax solo. Another highlight is the multi-sectioned "Bestiary Suite" (words by Hartford, CT native and graduate of both Wesleyan University and the Yale Divinity School  Spencer Reece, who currently serves as the Chaplain to the Bishop of Spain for the Spanish Reformed Episcopal Church!) with musical settings for "The Frog", "The Bat", "The Snake", "The Elephant" and "The Cat", the final section played with a wicked tango beat. Zelnik's Charles Mingus-inspired bass intro to "What Do Women Want" (poem by contemporary American poet Kim Addonizio) is a sly beginning to a very playful piece (prepared piano, clanky percussion, Sadigursky's saxophone shadowing the vocal - Ms. Correa does a super job relaying the humor and underlying anger in the narrator's voice. There's also a playful quality to the words and music of Carl Sandburg's "Snatch of Sliphorn Jazz" with the band pushing the tenor solo up and above the vocal.  Drummer Jannuska is excellent throughout the program but stands out on this track as well as on "Motto". Based on a poem by Bertold Brecht (the lyrics read " In the dark times, will there also be singing? Yes, there will be singing. About the dark times"), the drummer pushes in over a repetitive electric piano figure and leads the way throughout. Ms. Ranson-Pollizzotti's plaintive "Simple Love Poem" closes the program on a handsome note.  While the drummer plays a fast rhythm, the piano and bass play counterpoint to the vocal. When Sadigursky's tenor sax enters, he picks on the impressionistic qualities of both the vocal presentation and Coq's piano.

Sam Sadigursky is certainly not the first person to blend jazz and poetry but he is one who has continued to search for new ways to express both his creativity and help bring the music out in the poetry he explores.  The fact that "Words Project IV" features a "working" band - they also recorded an album of Coq's compositions with poetry, to be released later this year on Sunnyside Records - is a plus. The music feels fresh, conversational, wonderfully interactive and quite alive.  For more information, go to www.samsadigursky.com and www.newamsterdampresents.com (scroll down to find the article about this CD.)  The CD will be available for purchase and review at samsadigursky.bandcamp.com/ on February 26. You can also check it out at Amazon, emusic.com or on iTunes. 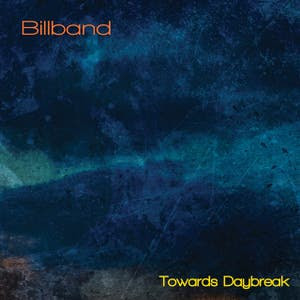 Composer Bill Ryan does not hurry to release recordings by his Billband - "Towards Daybreak" (Innova) comes nearly 9 years after his previous CD, "Blurred." It's not like he's been sitting still. Ryan produced 3 fine CDs by the Grand Valley State University New Music Ensemble, curated a concert series ("Open Ears and Free Play"), composed music for several dance companies and has been teaching.  Billband is his ensemble, hand-picked to play his music, compositions with deep roots in 20th Century minimalism but also featuring elements of jazz and rock.  "Simple Lines", a work for cellist Ashley Bathgate, opens "Towards Daybreak" in a pensive mood with the melodic lines folding in and around each other. The title track is built upon short melodic fragments played by Vicky Chow (piano), David Cossin (vibraphone), Michael Lowenstern (bass clarinet), Pablo Mahave-Veglia (cello), Jonathan Nickle (alto saxophone) and Todd Reynolds (violin). The blending of sounds is peaceful, no one instrument stands out yet the piece continues to move forward (as does coming of daybreak). The same sextet performs "Rapid Assembly", with Cossin adding marimba and drum set to the mix. As the alto saxophone and violin begin to move into the center of the sound, the drums fall into a martial rhythm before giving way to a Spanish-flavored rhythm (played on piano).   "Friction" shows the influence of Led Zeppelin's "Kashmir", especially in its insistent rhythmic drive and the drone-like melody lines.Yet, like "Rapid Assembly", it changes to a softer approach with the alto sax, violin and piano weaving around each other; soon the drums usher the vibraphone and bass clarinet back in before violin and cello duet quietly.  The sextet jumps back in to take the piece out as it began. Cossin's glockenspiel opens "Sparkle" with Ms. Chow's quiet, high, piano notes as support.  Nichol's soprano saxophone has the opening melody line (90 seconds into the piece) with the cello, violin and bass clarinet adding their voices one by one.

Todd Reynolds (violins, violas) and Paul DeJong (cellos) perform "A Simple Place", their combined instruments translating Ryan's compelling melody with deep emotion.   Reynolds joins Ms. Chow and Ms. Bathgate on the live performance of "Blurred" that closes the program. The piano introduces the simple yet plaintive melody as the violinist adds high, keening, notes - when the cello enters (3 minutes in), the instrument adds depth.  The interwoven melody and harmonies (and implied rhythms) move up and down in intensity but rarely forward, as if the listener is in a pleasant dream adrift on a lake.

Bill Ryan's music on "Towards Daybreak" is often peaceful, offering moments of contemplation. If one needs to lose him-or-herself in music to help ease the madness of everyday life, this is the recording you would want.  Simple pleasures, to be sure, but real emotional catharsis.  For more information, go to www.billryanmusic.com.
Posted by Richard B. Kamins at 10:55 AM