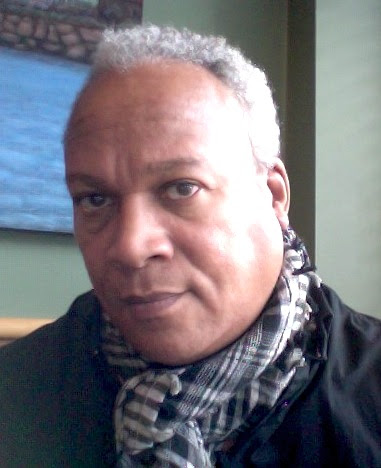 This coming Saturday (September 8), the Uncertainty Music Series welcomes back guitarist/composer/producer Michael Gregory for an 8 p.m. performance in the compact music space of Never Ending Books, 810 State Street in New Haven.  Gregory, who came to critical notice in the 1970s as an avant-garde musician playing with saxophonist Oliver Lake and trumpeter Baikida Carroll, brought a style informed as much by rhythm 'n' blues as by "free jazz."  Originally appearing under the name of Michael Gregory Jackson, he dropped his last name (for obvious reasons) and seemed to disappear in the late 80s and 90s.  In fact, he was producing music that blended his interests in dance music and electronics, releasing a series of recordings on very small labels with limited distribution.

In the middle part of the last decade, Gregory began working with trumpeter/composer/conceptualist Wadada Leo Smith appearing on several of his recent CDs.  When he appeared in New Haven earlier this year, he played a solo set - this time, Gregory is joined by bassist/series curator Carl Testa and drummer Andrew Drury. Opening the evening will be Banjo Assault, a duo featuring Tom Crean and Matt Robidoux.  This concert celebrates the 5th anniversary of the Uncertainty Music Series.  For more information, go to uncertaintymusic.com.

Speaking of anniversaries, the Many Colors of a W*O*M*A*N Jazz Festival celebrates its 25th this Saturday at 8 p.m.  The music begins at 8 p.m. and takes place in the Liberty Christian Center, 23 Vine Street in Hartford.  For more information, call 860-231-0663 or go to www.themanycolorsofawomanincorporated.webs.com/ .
Posted by Richard B. Kamins at 9:26 AM