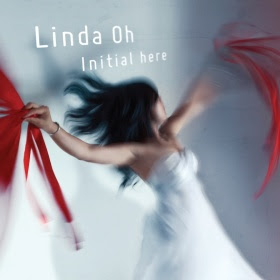 The title of this post is a made-up word (although there is a quintet from Indianapolis that bears the name - without the parentheses).  What is most enjoyable about these recordings is that neither the composers nor the performers take the easy way out. This is music that demands the listener's full attention (no background sounds for your next cocktail party among these CDs).

For her second CD as a leader, bassist-composer Linda Oh, born in Malaysia and raised in Perth, Australia, has assembled an impressive quartet.  Pianist Fabian Almazan (whose group she has toured and recorded with), tenor saxophonist Dayna Stephens and the ubiquitous Rudy Royston (like Matt Wilson, he seems to be showing up on dozens of CDs) and guest vocalist Jen Shyu (singing in both Mandarin and English on "Thicker Than Water"  as well as string players Christian Howes and Christopher Marion (on "Little House") give life to this music with purpose and expression.  Pay attention to what Ms. Oh and Royston do as they move pieces forward, at times, independently, the skipping drums and the propulsive yet musical bass lines ("No. 1 Hit" and "Ultimate Persona" are but 2 excellent examples.) There are times when Royston's drumming makes me laugh; he is so playful as he dances through the songs.  Almazan's absorption of classical and world music influences shines through on tracks such as "Something's Coming/Les Cinq Doigts" (a fascinating blend of Bernstein and Stravinsky) where he plays with both  fire and elegance.

Stephens' delicate tenor work on "Mr. M" (dedicated to Charles Mingus) and on the impressionistic "Come Sunday" reveals a depth of empathy that shines through the speakers.  On the latter, his solo, though short, peels away the melody line to uncover the blues and gospel roots of Mr. Ellington's paean to the day of rest and religious contemplation.  Elsewhere, the composer has created melodic lines that give the saxophonist (and the entire ensemble) the freedom to play.  Ms. Oh's fiery electric bass work on "Deeper Than Happy", goosed forward by Royston's playful percussion, displays yet another of her musical personality, one shaped by her explorations of fusion. Almazan's sprightly, burbling, Fender Rhodes is a welcome addition to several cuts, including the cheerful "Desert Island Dreams."

"Initial Here", in a word, is delightful.  The wide array of emotions, the expansive compositions and the forceful, impassioned, work of the participants elevates this music above much of what one hears every day.  This band must be electrifying in person. For more information, go to www.lindaohmusic.com and www.greenleafmusic.com. 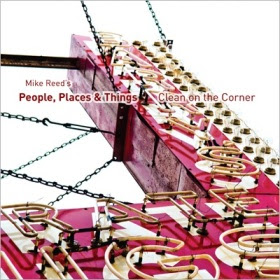 People, Places & Things is an appropriate name for drummer Mike Reed's quartet in that the musicians take the myriad influences of life to create a music with deep roots.  Here in the 21st Century, "roots" can be a slippery concept. Take, for example, the version of Roscoe Mitchell's "Old", a piece first recorded in 1967 by the saxophonist/conceptualist.  One hears the blues that permeates much of Chicago jazz as well as the fiery explorations of saxophonists Greg Ward (alto) and Tim Haldemann (tenor) evoking the awakening "free jazz" movement of the 60s.  With bassist Jason Roebke's forceful bass and Reed's solid swing, the tune is far from "old" or even dated; in fact, it's feels contemporary, even timeless.

"Clean on the Corner" (482 Music) is a fascinating follow-up to Reed's "Chicago" trilogy without totally abandoning his exploration of the evolution of that city's musical history.  Pianist Craig Taborn joins the 4-some for a rollicking of Chicago saxophone legend John Jenkins' "Sharon." The pianist evokes Bud Powell in his spiraling lines and forward motion.  Taborn also appears on the leader's impressionistic ballad, "The Ephemeral Words of Ruth", his notes spilling over the insistent light swing of the rhythm section.    The expressive cornet work of Josh Berman gives the front line an extra boost on 2 tracks, especially so on "House of Three Smiles." Throughout the program, Haldemann and Ward blend their reeds to create a curtain of sound that opens to reveal the various solos.  No more so than on the track with Berman, who rises carefully but steadily above the somber melody line.

The Quartet tracks are the epitome of group interplay;  there are moments on "The Lady Has Bomb"  when each instrument plays independently only to come back to a tight group line. Both saxophonists solo over the rampaging drums and flying "walking" bass.  The interweaving saxophones atop the tolling bells and hand percussion of Reed on "December" paint a solemn but not dreary sonic painting.

The power in this music comes from the manner in which Mike Reed and company approach the material.  It seems by satisfying their own curiosity they create an inviting yet not necessarily a comfortable environment for the listener.  This is music that should be heard live.  For more information and a taste of this fine CD, go to www.482music.com/albums/482-1081.html.