Drummer-composer Ralph Peterson is a big man with a giant sound.  For over 25 years, he's been powering ensembles big and small, mentoring young musicians and producing music that celebrates both the past and future of jazz - in other words, he does not sit still. Peterson is a dazzling player, who drive a band relentlessly yet turn on a dime to caress a ballad.

While making his recording debut with Blue Note Records and the group Out of the Blue (a sextet that also introduced saxophonists Ralph Bowen and Kenny Garrett as well as bassist Robert Hurst), he also began making CDs under his own name with his trio and the Fo'Tet. He moved on to record for Evidence Records and Criss Cross. His latest ensemble, Ralph Peterson's Unity Project, released its debut CD last year on Onyx Music. Titled "Outer Reaches", the music pays tribute to both trumpeter Woody Shaw and organist Larry Young.  The recording features Connecticut natives Josh Evans (trumpet, Hartford) and Jovan Alexandre (tenor saxophone, Wallingford) along with organist Pat Bianchi.

Peterson, Evans and Bianchi are coming to Firehouse 12 in New Haven this Friday (Dec. 2) to play 2 sets of this high-energy music.  Saxophonist Craig Handy joins this group for this show, bringing his own magic to an evening that should rock the performance space.  The Unity Project will play at 8:30 and 10 p.m. - for ticket information, call 203-785-0468 or go to firehouse12.com.  To learr more about the drummer and his music, go to ralphpetersonmusic.com. 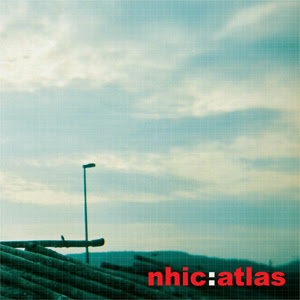 For the CD Release party, Gorry, Asetta and Matlack will join forces with Pete Brunelli ( acoustic bass guitar), Gabriel Kastelle (viola) and Mike Paolucci (drums, percussion) in the first set (8:30 p.m.)  At 10 p.m., Gorry and Brunelli will take the stage alongside Paul McGuire (saxophones), Jeff Cedrone (electric guitar), and Pete Riccio (drums) for Electric NHIC, an exciting set of improvised music.  For more information, go to www.nhic-music.org.  To buy tickets (one charge for both sets), contact Firehouse 12 at the numbers and web address above.

Trumpeter-composer Dave Douglas is coming to the Jazz Standard, 116 East 27th Street in New York City, for 4 nights of new music from December 8 - 11.  On Thursday (12/08), Douglas plays 2 sets (7:30 and 9:30 p.m.) with Key Motion, a quintet featuring Donny McCaslin (saxophones), Adam Benjamin (Rhodes), Tim Lefebvre (bass) and Mark Guiliana (drums).   On Friday (12/09), the trumpeter shares the stage with So Percussion to play music from their new digital release "Bad Mango" (Greenleaf Music).  The 5 musicians will play 3 sets (7:30, 9:30 and 11:30 p.m.) so the music will move beyond the recorded program.  3 sets the following night (12/10) when Douglas brings the Orange Afternoons Quintet to the performance venue - composed of Vijay Iyer (piano), Linda Oh (bass), Ravi Coltrane (saxophones) and E.J. Strickland (drums), the OAQ creates expansive melodies with solos that soar.  Sunday December 11 brings the weekend to a close with Brass Ecstasy, the unit formed to celebrate the life and music of Lester Bowie; the quintet features Vincent Chancey (french horn), Luis Bonilla (trombone), Marcus Rojas (tuba) and Rudy Royston (drums). They'll play 2 sets - 7:30 and 9:30 - and you find out more by going to www.greenleafmusic.com.  Any one of these shows would be worth the trek to the Big Apple - give yourself an early Holiday present and go for all 4.

Bassist Christian McBride is known for his awesome technique, his swaggering "swing" and his melodic chops.  He's also the host of "Conversations with Christian", a podcast that he produced for iTunes in 2009.  Mack Avenue Records has just a CD with the same title that features strictly musical selections from 13 of the podcasts with artists ranging from the sublime (Hank Jones, Eddie Palmieri) to the laughable (Gina Gershon playing the blues on jew's harp) to downright joyful (Dee Dee Bridgewater getting down on "It's Your Thing").  McBride's bass also converses with Sting, Regina Carter, Roy Hargrove, Angelique Kidjo, Dr. Billy Taylor, George Duke, Chick Corea, Russell Malone and saxophonist Ron Blake. It's a delightful recording that is so entertaining - even the Gershon/McBride blues is great fun.  There is no information up yet on either www.mackavenue.com or www.christianmcbride.com.

This should not count as a "duo" recording because both pianos are played by the same person.  Alan Pasqua is a big fan of pianist Bill Evans (he calls him "my greatest influence") and "Twin Bill" (BFM Jazz) is his tribute to that great yet tragic figure of the keyboard.  It's Pasqua's "Conversations with Myself" with different material than the Evans' Lp of that name and with more than a small nod to the game of baseball.

With the exception of Pasqua's lovely ballad "Grace" that closes the program, all the pieces are connected to Evans.  There are 6 originals plus one each by Miles Davis ("Nardis") and Scott La Faro ("Gloria's Step") as well as "Vindarna Sucka Uti Skogarna" (a piece Evans recorded with Swedish vocalist Monica Zetterlund) and a rousing version of "Take Me Out to the Ballgame" (a piece not recorded by Evans but played in his swinging and exploratory style.)  This is a delightful program from the first pitch to the final (fade)out.  Sweetly musical, highly melodic and a wonderful tribute, "Twin Bill" is a big hit. Puns aside, this CD will please lovers of jazz piano, fans of Bill Evans, and listeners who love good music.  To find out more, go to www.alanpasqua.com.

The duo of Eddie Daniels (clarinet, top) and Roger Kellaway (piano, bottom) have a new CD just out on IPO Records.  "Live at The Library of Congress" is the follow-up to the duo's wonderful "A Duet of One/Live at The Bakery" (I wholeheartedly recommended that release is 2009 - click here) and this one is just as fine.  The material ranges from the playful "Strike Up The Band" to the sweet reading of "America The Beautiful" (with traces of blues, gospel, and New Orleans) to the lovely pairing of Daniels' "Etude of a Woman" with Stephen Sondheim's "Pretty Women."  Both musicians shine throughout the program, displaying their virtuosity without flaunting their technique.  Kellaway is one of those pianists who can play anything and not sound like someone else (Jaki Byard could play in many different styles and always sounded like himself) - he's not afraid to be impressionistic (like he is at the onset of "Just Friends") or display his "stride" roots ("50 State Rambler") and his work on Leonard Bernstein's "Somewhere" is achingly beautiful, ever-so-graceful and filled with emotion. Daniels matches his partner's melodic intensity and creativity at every turn - listen to them playing around on "Rhythm-a-ning" and I'm sure that even Thelonious Monk would say their inventive romp perfectly illustrates the song's title.

"Live at the Library of Congress" is not scheduled for release until early 2012 but is already garnering great reviews.  Well, I couldn't wait either because this CD, to me, is what creative music is supposed to be - emotionally rich, wonderfully melodic and, at times, rhythmical to the max!
Posted by Richard B. Kamins at 10:32 PM