Live Music This Week and Next + Supporting The Jazz Session 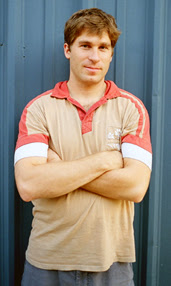 Endsley, a founding member of Kneebody, the adventurous quintet that incorporates many different elements in its music, has also worked with a slew of artists over his career.  On the jazz side, he's toured and recorded with saxophonists Steve Coleman and David Binney plus bassist Ben Allison while on the rock side, he's played behind singer-songwriters Ani DiFranco and Erin McKeown.  He's explored world music with Slavic Soul Party and Charles Ives with Theo Bleckmann (as part of Kneebody.)

His new CD as a leader, "Then The Other", is the initial release on Kneebody's Low Electrical Records and features pianist Craig Taborn, bassist Matt Brewer, and drummer Ted Poor.  For the Firehouse hit, the rhythm section is intact but Taborn's chair will be filled by pianist Matt Mitchell. For ticket information, go to www.firehouse12.com or call 203-785-0468.  To learn more about the trumpeter and his music, go to kneebody.com and follow the links.

Jamie Begian, Assistant Professor of Music at Western Connecticut State University in Danbury, is very excited about the 2011 WCSU Jazz Festival set to take place April 28-30.  3 evenings of music will be presented in Ives Concert Hall, in White Hall on the university’s Midtown campus, 181 White St.

The following night at 7 pm., the WCSU Jazz Orchestra, with special guest Benny Golson (tenor saxophone, pictured above) will take over Ives Concert Hall. The 82-year old Golson (pictured above), an energetic figure on the jazz scene since the early 1950s, is yet another product of the celebrated Philadelphia jazz culture, a "scene" that brought us John Coltrane, the Heath Brothers, Philly Joe Jones, Bill and Kenny Barron and many others.  Over his lengthy and creative career, he composed such standards as "I Remember Clifford", "Stablemates", "Killer Joe" and "Whisper Not".  In 1995, Golson was named an NEA Jazz Master and , in 2007, received the Mellon Living Legend Legacy Award presented by the Mid Atlantic Arts Foundation. In 2009, Golson was inducted into the International Academy of Jazz Hall of Fame, located at the University of Pittsburgh.

The Festival comes to a resounding climax on Saturday evening when Darcy James Argue's Secret Society takes the stage at Ives Hall. Originally from Vancouver, British Columbia, Argue came to the United States at the New England Conservatory of Music in Boston. His teachers included Bob Brookmeyer and one can hear some of that legendary composer/trombonist influence in Argue's compositional range.  He's worked with composers Maria Schneider, Lee Hyla and John Hollenbeck. After moving to Brooklyn, he began to assemble the Secret Society, eventually growing into an 18-member ensemble featuring many of the finest young players in New York City and its environs.  The band's debut CD, "Infernal Machines" (New Amsterdam Records) hit the streets in late 2009 but fans of Argue's blog have been listening select gigs several years before the recording.  One could literally hear the band gelling; as the musicians became more \familiar with the music, the pieces began to take life and one could honestly say (or write) that, while Argue's work has its antecedents, no other group sounds quite like the Secret Society.

Before Argue and his compatriots take the stage, 2 student ensembles will perform. For more information about the Festival, go to www.wcsu.edu/music. To find out more Darcy James Argue and the great band he feeds and leads, go to www.secretsocietymusic.org.

I've mentioned Jason Crane and his fine podcast The Jazz Session on these pages many times.  Crane, who just relocated to New York City from upstate New York, began the interview program in late February 2007 talking to saxophonist Grant Stewart and, over the course of the program, has interviewed musicians of all ages and levels of "stardom" (from Sonny Rollins to the afore-mentioned Argue) as well as journalists, authors and club owners.

Crane, who is also a published poet, has a great style and an innate ability to cut to the heart of the subject. He knows his music, never shortchanges his guests and can really put his guests at ease; therefore, the show sounds like a conversation, not like a "grilling."

Late last year, Crane announced that he needed the support of his many listeners to keep the twice-weekly show going. For as little as $10 a month ($110 a year), with 100 "sponsors", The Jazz Session could stay alive.  He set a goal of "100 x 300"; by his 300th show (slated for late August), Crane needs to get a fraction of his listeners to help support his journalistic endeavors.

Yes, I know it's a tough economy, gas is not getting any cheaper or good jobs more plentiful.  But, there is so much good music made by hard-working musician that gets ignored by the "mainstream" press.  Jason Crane really fills a void, an on-line "aural history library" of 21st Century creative music. There are few print magazines that do what Crane does and, with the loss of CADENCE at the end of 2011, one of the best of that ilk will disappear.

To find out more, go to thejazzsession.com and find out how to become a "member."
Posted by Richard B. Kamins at 11:49 PM