The Drummer Leads the Way + Reviews

Weiss, (pictured left) who has worked with a slew of artists and groups including the Village Vanguard Orchestra, Lee Konitz, Rudresh Mahanthappa, Miguel Zenon, Ben Monder, Uri Caine, Ravi Coltrane, Vijay Iyer, Rez Abbasi, Chris Potter, Donny McCaslin, and Tyshawn Sorey, is one of those musicians who is at home with many different styles of music. He has studied drumming with Pandit Samir Chatterjeee (tablas), Jamey Haddad (frame drum) and John Riley (trap set). His tabla playing has been heard in the classical Indian music of artists such as Anoushka Shankar, Ramesh Mishra, Subra Guha and Steve Gorn.

He's coming to the Elm City on the heels of his new CD, "Timshel" (see below) his 3rd as a leader.  Joining him will be pianist Jacob Sacks and bassist Thomas Morgan. The performance space should be a perfect venue for his intimate and involving music. For ticket information, go to www.firehouse12.com or call 203-785-0468.

Timshel - Dan Weiss Trio (Sunnyside) - It feels like 2010 has brought a thousand new "piano" trio CDs but few as interesting and varied as this one from drummer/composer Weiss.  There's melody, drama, shades of darkness and light in just about every track - one knows how technically proficient the musician are but this program is not about long flashy solos.  The intimacy of the interplay draws the listener in on "Stephanie", the way bassist Thomas Morgan weaves his lines around pianist Jacob Sacks and how Weiss does not always set the pace, preferring to "color" the work or even sit out for stretches of time.  Later in the piece, the trio falls into a sweet rhythmic pattern, a "St. Thomas"-like riff that is joyous. There's the quick shock of the human voice on "Always Be Closing", the drummer creating the piece from the rhythms of Jack Lemmon's vocal pattern (from David Mamet's "Glengarry Glenross.") "Frederic" is a lovely yet somewhat dark ballad influenced by the composer's love of Chopin.  The following 2 tracks, "Teental Song" and "Chakradar #4", are built upon Weiss's study of Indian rhythmic patterns but using Western instruments - the interplay of piano and drums and how they share the melody as well as percussion is quite fascinating.

Morgan (most recently heard with guitarist John Abercrombie and drummer/composer Tyshawn Sorey) is, in his quiet yet forceful style, the foundation of this music, freeing the drummer to be melodic, to drive, or to stand back. Sacks has many impressive moments, that stand out for his lyricism ("What Do You Want To Be When You Grow Up?" is a short but fine example) and gentle touch.  The forcefulness he displays on the title track has a stately, not staid, quality and flows over the ever-changing dynamics of the rhythm section. His playing is cliche-free, searching and often riveting.

"Timshel" ("thou mayest" in Hebrew) stands out for its inventiveness and musicality. This is music that you have to pay attention to, subtle and nuanced, and original.  To find out more, go to www.danweiss.net. 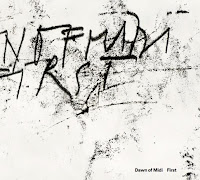 First - Dawn of Midi (Accretions) -  This trio, pianist Amino Belyamani, bassist Aakaash Israni and percussionist Qasim Naqvi, has created a debut disk that draws the listener into a world of sound interaction, spontaneous composition and melodic possibility.  This is the kind of music that you can play over and over and still discover something new.  It's as easy to be seduced by the funky rhythms of "Hindu Pedagogy" as it is to fall under the contemplative spell of tracks like "Civilization of Mud and Ember" and "One." On the latter cut, the rich bass tones mesh well with the fullness of the piano chords and the short, repetitive, single-note fills.  All the while, percussionist Naqvi weaves his sounds through the quiet conversations (throughout the CD, Naqvi "colors"the pieces as opposes to "driving" the music.)  "No Abhor" blends introspective piano, moments of silence, throbbing bass, and fascinating movement around the drum kit into a dramatic piece that feels like a narrative - near the end, there's a short, bluesy, section that reflects the possible influence of Keith Jarrett.

Belyamani, who studied at the California Institute for the Arts, also works with Naqvi (another Cal Arts attendee) in the Axis Trio (whose new CD will be released in the summer on Accretions ) can mesmerize a listener with the simple power of one note; he does so, quite dramatically, on "In Between", the 11 minute spell-binding meditation that closes the program.  The sudden shifts in dynamics on "Laura Lee" also have drama, especially in the pianist's twists and turns. Bassist Israni's playing also has a contemplative nature.  This music rarely falls into "grooves" so he serves as melodic counterpoint on "Tale of Two Worlds" and percussive counterpoint on "The Floor."

Reviewers like to give readers solid descriptions of the music, such as "hard-bop" or "mainstream", but Dawn of Midi has created a program of music that defies categorization.  Come to this music with open ears and the rewards are great. To find out more, go to www.dawnofmidi.com.


Here's the video that accompanies "No Abhor."