You should think of "OTIS Pt 2" as the other albums that could have been in "Part 1" save for the space and attention span (mine).  I love this music and the genuine creativity of the musicians makes me hope for a future that is bright and welcoming for our successors. 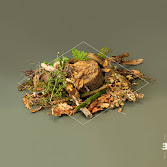 Fergus McCreadie – "Forest Floor" (Edition Records) – This is the third album from Scottish pianist McCreadie, the third to feature his trio of bassist David Bowden and drummer Stephen Henderson. All are busy on the growing Jazz scene in Scotland (and beyond) but when they come together to play McCreadie's music, magic happens! The pianist has become even more melodic in the past several years; though he can still play with exquisite technique, the pianist and the rhythm section are concentrating on telling stories and delivering messages in their music. One can still hear the influence of Highland reels, at times, and that is a welcome delight!
Listen to "The Unfurrowed Field": 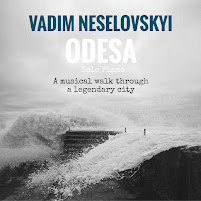 Vadim Neselovskyi – "Odesa: a Musical Walk Through a Legendary City" – (Sunnyside Records) – Speaking of stories, four months after Russia invaded Ukraine (February 2022), pianist, composer, and educator Neselovskyi released this tribute to the city where he was born and raised (moving to Germany at the age of 17).  One can not help but write that emotional pull of the terrible war (and the horrific stories we have heard and seen) gives this music heft––still, this is a tribute to the vibrant country where the pianist spent his formative years, to the family and friends he left behind, and to his desire that the country remain free. Since the album's release, Neselovskyi has toured extensively raising money to help refugees and the displaced within the country.
Walk down the "Potemkin Stairs": 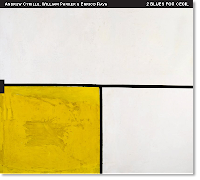 Andrew Cyrille, William Parker, & Enrico Rava – "2 Blues for Cecil" (TUM Records) – This release was a delightful surprise when it was issued in late January.  These three masters play tribute to pianist and composer Cecil Taylor, not be imitating him or covering his music but by demonstrating how the rhythmic innovations and startling melodic explorations can be interpreted so magically.  Messrs. Cyrille and Rava (both born in 1939) sound great together and Mr. Parker (13 years their junior) keeps them on their musical toes.   All three contribute compositions and there are four improvised plus a sweet version of "My Funny Valentine".
Here's "Ballerina": 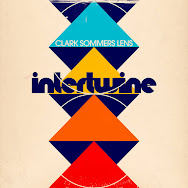 Clark Sommers Lens – "Intertwine" (Outside In Music) – Bassist Sommers is often the glue in the various sideman projects he takes part––on his own, he shows a fine ear for melody, for allowing his music to breathe, and for giving his bandmates the room to create.  There is a lot of music on "Intertwine" so let it roll through your brain and soon it will find its way to your heart. While I find the ballads most rewarding, there are several hard-edged pieces that sound great turned up loud! Great playing from the leader and from Chris Madsen (tenor sax), Geof Bradfield (bass clarinet, soprano and tenor saxes), Matt Gold (guitar), and Dana Hall (drums).
Here's "Second Guess": 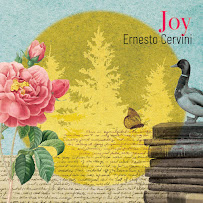 Ernesto Cervini – "Joy" (TPR) – Drummer, composer, arranger, and publicist Cervini is a fan of the mysteries of Canadian author Louise Penny. And, for good reason. She writes mysteries where the lead character, Chief Inspector Armand Gamache, spend many days and nights in the fictional town of Three Pines, Quebec, solving complicated murders and discovering just how magical a place it can be.  The drummer has created a fascinating suite of music featuring members of Turboprop, Tune Town, and Tetrahedron, groups that he leads or co-leads. Also, there are a number of guests, all who work to describe the characters who inhabit the town as well as the Chief Inspector and two of his closest associates. It's a smart idea that covers a lot of musical and literary territory!
Blues inspired by duck?  Listen here to "Ruth's Rosa": 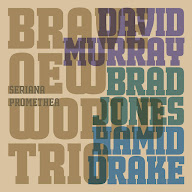 David Murray Brave New World Trio – "Seriana Promethia" (Intakt Records) – Murray, who excels on bass clarinet and tenor, remains vital well into his seventh decade. This "power trio" date on Intakt features bassist Brad Jones and drummer Hamid Drake playing music that swings, rock, whispers, squalls, and, at times, that you can dance to.  The music on this album, all originals from Murray, is neither dated nor imitative but vital, exciting, and impressive. There's not a wasted note in this program only music that will challenge, soothe, and ultimately remind you of the power and grace of Black American Music.
Dance to the funky title track: 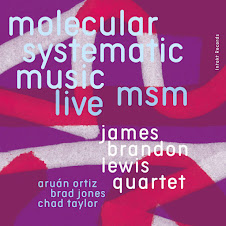 James Brandon Lewis Quartet – "Live: Molecular Systematic Music" (Intakt Records) – Bassist Jones (see directly above) is also a member of saxophonist and composer Lewis's "Molecular Music" Quartet.  Along with Lewis and Jones are pianist Aruan Ortiz and drummer Chad Taylor.  This double CD set was recorded on the opening night (May 15) of the ensemble's 2021 European tour, the first time the group had played together since they recorded the second album, "Codes of Being" (released in October of 2021).  The excitement and enthusiasm of the musicians is palpable; the fiery playing may remind some of John Coltrane's classic Quartet but these songs display Lewis's growing maturity as a songwriter and a leader.  He is quickly becoming a major voice as a musician, composer, and storyteller.
Hear "Of First Importance": 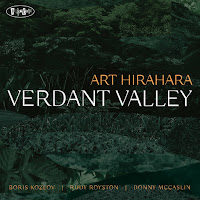 Art Hirahara – "Verdant Valley" (Posi-Tone Records) - Pianist and composer Hirahara is an impressive pianist (also plays organ on occasion) and has developed into a top-notch composer.  His work for producer Marc Free and Posi-Tone Records (now eight albums as a leader and more as a sideman) sparkles with creativity and swings lustily with a softer side that is often lyrical and poetic. Joined here by bassist Boris Kozlov and drummer Rudy Royston with saxophonist/ flutist Donny McCaslin showing up on over half the tracks, the album jumps out of the speakers with a joy and intensity second to none. This is another recording that will make you glad to be alive in this day and age!
Hear "Zero Hour": 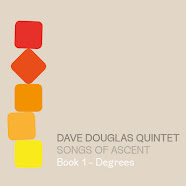 Dave Douglas Quintet – "Songs of Ascent: Book 1 – Degrees" (Greenleaf Music) – Mr. Douglas and his "Be Still" Quintet––Jon Irabagon (saxophones), Matt Mitchell (piano), Linda May Han Oh (bass), and Rudy Royston (drums)––created these musical interpretations of Old Testament Psalms in a unique. The leader played all his parts, sent those of to Mr. Irabagon who played his parts and passed them on to Mr. Mitchell and so on.  To these ears, this music is alive, feeling like the Quintet is playing together in a studio. That's a tribute to the composer's vision and the great talents of the ensemble.
There's a "Book 2" that is only available to subscribers of Greenleaf Music.  Believe me, it's worth the investment! Go to https://greenleafmusic.com/ and find out more.
Listen to "Lift Up My Eyes": 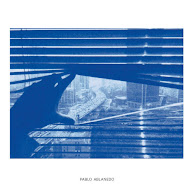 Pablo Ablanedo – "Chistreza" (Newvelle Records Digital) – The folks at Newvelle Records have begun this year to release digital versions of the high quality vinyl albums that have captured listeners attention over the past six years.  "Chistreza" is a gem from pianist-composer Ablanedo featuring the band he recorded his debut album with over 20 years before. What a band––violinist Jenny Scheinman, saxophonists Chris Cheek, Jerome Sabbagh, and Anat Cohen (clarinet only), trumpeter Diego Urcola, guitarist Ben Monder, bassist Fernando Huergo, and drummer Franco Pinna (with saxophonist Daniel Ian Smith on two tracks. Best of all, the original compositions are well-drawn, the arrangements sharp, and the soloists impressive.
Listen here to "La Señal":
Yes, Virginia, there is a "Part 3" coming soon!
Posted by Richard B. Kamins at 8:14 AM