Over the past year, the vinyl-only, subscription series, record label Newvelle Records has been issuing digital versions of albums from its first four "seasons".  While the digital releases go a long way to capture the impressive "sounds" of the Lps, one does not get the brilliant art work that accompanies each package. Nevertheless, the lesser expensive alternative is a great way for music lovers to learn about the great work that Artistic Director Elan Mehler and engineer Marc Urselli of NYC's East Side Sound are capturing. 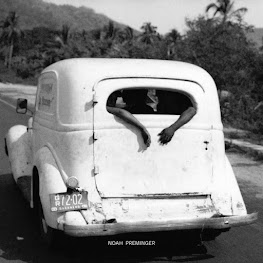 Noah Preminger has two releases on the label including "Some Other Time" released in Season One (2015).  It's a ballads album that features the tenor saxophonist playing alongside guitarist Ben Monder, bassist John Pattitucci, and drummer Billy Hart.  This is not a typical standards collection; yes, there are pieces from Billy Strayhorn "My Little Brown Book"), Duke Ellington ("Melancholia"), Victor Young ("A Ghost of a Chance"), and Jimmy Campbell's "Try a Little Tenderness" but there's also Bob Dylan's "Boot of Spanish Leather", "Porcelain" from The Red Hot Chili Peppers, and "Una Limosnita por Amor de Dios ("An Alm for the Love of God") composed by guitarist Agustín Barrios Mangoré (1885-1944).  Preminger contributes "Semenzato", a piece that is not only quite melodic but features a great bass solo plus the saxophonist's strong give-and-take with Hart.

There's a touch of Coleman Hawkins and Ben Webster in Preminger's tone on pieces such as "Ghost of a Chance" that also features splendid bass playing and smart brushes work. That breathy and bluesy sax sound permeates the Leonard Bernstein piece that gives the album its name.  Here, the interactions of all four musicians stand out with kudos to the wonderful rhythm guitar of Monder plus the high-energy saxophone coda. The guitarist's "atmospheric" sound is a delightful foil to Preminger's attack––note how Monder weaves in and out of the melody on the opening of "Melancholia" as well as his "ringing" chords behind the bass solo.
"Some Other Time" is a timeless set of music. How impressive is this quartet of contemporary musicians that they can take material that is over 70 years old and mix it with much newer works and the results are so ageless. This album is a welcome addition to growing discography of Noah Preminger, a series of fascinating and adventurous musical experiences.
For more information, go to www.noahpreminger.com. To hear more and to purchase the album, go to  https://noahpreminger.bandcamp.com/album/some-other-time.

Hear "A Ghost of a Chance": 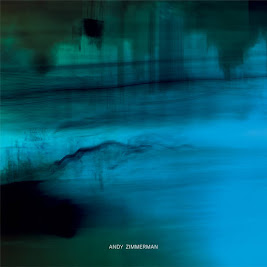 From Newvelle's Season 3 comes "Half Light", an impressive and imagistic collection of pieces created by tenor saxophonist and composer Andy Zimmerman. Based in Chicago, IL, he doesn't have a big discography but is involved in an on-going project with his father, award-winning storyteller Jack Zimmerman. The saxophonist also appears on the first Newvelle release, Frank Kimbrough's "Meantime".  His release finds him in the company of pianist Kevin Hays, bassist Matt Penman, and trumpeter Dave Douglas.  There are moments throughout the 11-song program when it feels like all four are playing melody. One rarely hears Douglas as a sideman these days but he's an excellent second "voice" in much of this music––he stands out on "Sunset and The Mockingbird" (a Duke Ellington piece from "The Queen's Suite") especially on his interactions with the leader. Although the liner notes calls these pieces "sketches", the music shines.  Zimmerman's pellucid sound has a lightness akin to alto saxophonist Paul Desmond. There are no wasted notes, no need to impress with long, technically amazing solos–the melody, the story, is all. 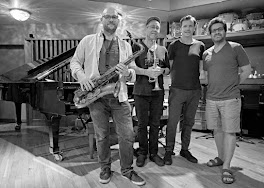 There are no weak moments on the album. Whether the song is a shimmering musical poem ("The Bay Area"–listen below), an aural painting ("Clearing"–watch below), celebrating a sweet melody with a Latin feel in the rhythm ("Lena's Dance"), or reimagining George Gershwin's soulful ballad ("Bess You Is My Woman Now"), Andy Zimmerman and company play with love, conviction, joy, respect, and an understanding that music can do many things for listeners including offer solace in bitter times. "Half Life" is a gem and will offer you, as it has for me, a creative respite.
For more information, go to www.andyzimmermanmusic.com. To hear more and to purchase the album, go to https://newvellerecords.bandcamp.com/album/half-light.
Here's "The Bay Area":
Watch the quartet in the studio: 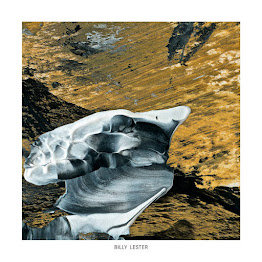 Pianist Billy Lester is not well-known in the great big music world yet that should stop from checking out "From Scratch" his album that appeared in Newvelle's Season 4. Joining him in this 14-song program are bassist Rufus Reid and drummer Matt Wilson.  The Lp version contains nine songs while the digital release adds four more songs and one alternate take.  All standards, this music is anything but standard.  The piano is front-and-center throughout while Reid offers delightful counterpoint and Wilson is the engine that can and does gleefully swing or gently strolls through the music.  Listen below to the 1917 James F, Hanley classic "Back Home In Indiana"–the piano, bass, and drums lock in from the start and never let go.  The same can be said for Jerome Kern's "Yesterdays" in that the Trio "hits it" from the onset and never lets go.
Lester, who studied with Sal Mosca (a Lenny Tristano disciple), has a bright sound as well as witty take on approaching on performing a tune often splintering the original melody and building his solo out of those melodic and/or rhythmic splinters. There's a dollop of Thelonious Monk on the previously unreleased "These Foolish Things" and traces of Duke Ellington in the opening minutes of the piano solo "Darn That Dream" which later has a playful stride section.  That's the joy of this music––Billy Lester can play what he wants when he wants and no two versions of any song in his repertoire can be subtly (or even not-so-subtly) changed each time he sits at a piano.  Check out "From Scratch" for a musical adventure par excellence.
For more information, go to www.billylestermusic.com. To hear more and to purchase the music, go to
https://newvellerecords.bandcamp.com/album/from-scratch.
Here's the swinging "Back Home in Indiana":
Posted by Richard B. Kamins at 5:38 PM