Blessings & a Joyful Noise for the New Year

No matter how you look at 2018, it was a year of extremes. Strange weather, devastating fires, tsunamis, hurricanes, droughts, and that's without mentioning the extreme political polarization in the US and many other countries.  Musicians, through their music, recognize these extremes, they reflect on how their audiences are weathering, their music can provoke, can soothe, can issue a call-to-action, can ignore it all and just dance.  All is not lost - extremely messed up - and more people are beginning to respond with positive action. Can it negate the rise of authoritarianism?  Can it quell the cult of personality that grows stronger each year?  We don't seem to elect leaders but cardboard cutouts beholden to the highest bidders (and that's true for both major parties in the US) - many only seem to speak their minds when they are ready to retire.

Does it all come down to the mighty dollar?  The cynic says "of course" and the optimist knows it does but prays for change.  Nothing new under the sun yet that sun shines every day meaning there's always the opportunity for change. One has to be brave these days just to get out of bed but if you just pull the covers over your head, the ones in power take that as a vote of confidence. No one says this world is supposed to make sense.

Anyway, music and family remain my balm in bad times. Always has, Expect they always will. Have a great New Year, let your voice be heard (whether you are pro or con), and keep your communities going! 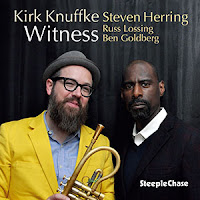 Just a glance at the track listing of the new Kirk Knuffke CD, "Witness" (SteepleChase), and you'll know you're in for quite an aural adventure. From spirituals to Strayhorn, Sun Ra to Guiseppe Verdi, Puccini to Henry Mancini, the program is delightfully. The cornettist shares top billing with operatic baritone Steven Herring while creating the music with Russ Lossing (piano) and Ben Goldberg (contralto clarinet, clarinet).

The album opens with the traditional "Witness", the clarion call of the cornet and the lows notes of the contralto clarinet leading Herring in. When Lossing enters, the music takes on deeper gospel hues. When Knuffke steps out to "testify", he's supported by Goldberg's low lines and Lossing's impressionist piano chords. The clarinet solo is emotionally rich leading to a far-ranging piano solo playing variations on the melody. When Herring returns, he responds to the higher energy level with a even more powerful vocal.

That's just the opening track.  Surprises along the way include a playful take on Sun Ra's "The Satellites Are Spinning" - the original version, from 1971, is basically voice and drums but here Herring opens by reciting the lyrics while the musicians "free-associate" around him. As the piece tumbles forward, Herring sings in a call-and-response with Knuffke while Lossing and Goldberg dance around them.  Following Sun Ra is Verdi's "Iago's Credo" (from "Otello"). Herring stays close to the handsome melody as the cornet, contralto clarinet and piano improvise around him. The musicians capture the emotion in the vocal, sometimes matching the energy while, other times, they step back to allow the voice to stand out. 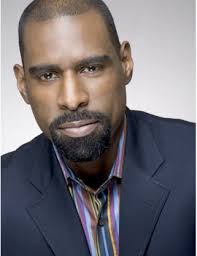 There's a beautiful reading of the Henry Mancini/Johnny Mercer song "Charade." Opening with voice and piano, the contralto clarinet and cornet enter on the second verse.  Pay attention to the beauty of the piano accompaniment and how Herring inhabits the lyrics.  Throughout the album, Knuffke is in sync with the voice, acting as counterpoint and responder.  Everyone step away for the stunning piano solo followed by an equally impressive (and quite bluesy) cornet spot. While Goldberg is mostly in the background, do pay attention to his "foundational" lines.

Knuffke sets poems by contemporary poet Kirby Congdon and the late Carl Sandburg to music.  Sandburg's work, "Subway" is a short blues chant that rides forward on the rhythmical lines of cornet and clarinet joined on the second verse by the piano.  The energy and interactions give the music such urgency that the song ends much too soon.

From beginning to end, "Witness" is a fascinating recording. There's so much music here, four voices working together to create a unified message.  Music crosses so many borders, so many walls, religions, politics, and much more. This mix of gospel, poetry, popular songs, opera, creative music and spirited improvisations is often stunning yet will make smile all the way through. Kirk Knuffke, Steven Herring, Ben Goldberg, and Russ Lossing made magic in the studio and we are the beneficiaries.

For more information, go to www.kirkknuffke.com.

Here's a taste of the Sun Ra piece:


Although it's official release date is not until 1/11/19, it's been impossible keep the new album by alto saxophonist Greg Ward out of the CD player. The full title "Greg Ward Presents Rogue Parade: Stompin' Off From Greenwood" (Greenleaf Music) tells the listener much about this album.  One - this is a new group for Ward. Consisting of two electric guitars (Matt Gold and Dave Miller) plus the splendid rhythm section of Matt Ulery (bass, electric bass) and Quin Kirchner (drums), the music they make is notable for its irresistible forward motion and Ward's delightful melodic flow.  Two - this is the second album Ward has made since his return to Chicago and has all the earmarks of the newer music from the Windy City.  The blend of funk, r'n'b, hip hop rhythms, jazz, and exciting interactions may remind some of Tortoise and Ornate Coleman's Prime Times but there are traces of the world-music adventuresome attitude of Makaya McCraven as well.

Since I've been listening to this music without paying attention to song titles (all songs are by Ward save for Hoagy Carmichael's "Stardust"), I would recommend you do the same.  On initial listenings, listen for how the rhythm section powers this music (Kirchner's blend of busy cymbals and active snare work is quite exciting while Ulery not only keeps the bottom solid but engages with Ward playing subtle counterpoint). Ward's alto tone can be so sweet (especially in the higher registers) but there's power in his melodic lines.  It takes a few times through to hear the guitarists - initially, it seems as both are there for the various colors they create but they also provide melodic introductions and the occasional solo. Their sound is not distorted yet the effects they use are often subtle and powerful.  Note the beginning of the album's final track (people who buy the download from Greenleaf get a bonus final track) - "Sundown" is driven by both guitars with Ward giving support.  The energy level continues to rise from the onset and is overwhelming by the close. There are several ballads. One is the generously melodic "Pitch Black", the softness of the alto and the rhythm guitar rising above the clatter of Kirchner's percussion and Ulery's solid bass lines.  Still, as the piece comes to a close, the intensity picks up still the band does not lose its melodic way.

Go back to the beginning, to the high-powered "Metropolis", and you'll really hear how all the elements of this music come together to make a unified statement.  How the melodies and counter-melodies, how the rhythms from the drums and guitars push the music, and how you can hum many of these melodies (even if you can't keep up at times).  Music often gives me hope for the future - "Stompin' Off From Greenwood" makes me smile, bounce my feet, challenges me to listen with fresh ears, opening up to the myriad possibilities in this music, making me wish I was in the audience as the band developed this program leading uptown the recording.

"Greg Ward Presents Rogue Parade" is the latest installment in the musician's maturity as a composer and bandleader. He's been busy since returning to Chicago, adding his saxophone to many different ensembles and recordings (including 2018's Benje Daneman's Searchparty "Light in the Darkness"). Greg Ward is making great strides and we are lucky to be part of the experience!

For more information, go to www.gregward.us.