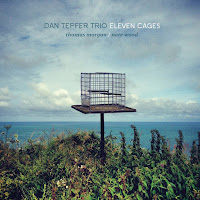 Dan Tepfer has a new album, "Eleven Cages" (Sunnyside Records), his return to the trio format in nearly seven years.  Joined here by Thomas Morgan (bass) and Nate Wood (drums), the pianist and composer creates a musical exploration of freedom through the concept of the myriad cages in out lives. Some we create, others are foisted upon us - the composer here is focussed more on the former than the latter yet.  In ways, songs are cages: they have walls created by time constraints, by technique, by imagination, by rhythms that adhere to a steady beat.  Listeners can construct cages, usually by not being willing to trust the artist's imagination.  Putting labels on music helps some people but are often "cages" for musicians which often forces them into boxes where they do not wish to be.

Seven originals plus 2 group improvisations ("Cage Free I" and "Cage Free 2") and two fascinating "standards" (one from 1935, the other from 2008) gives the Trio the blueprint to cover a wide swath of musical territory. The album opens with the hard-driving "Roadrunner" (an original), with Wood slapping out a forceful beat and Morgan joining forces with the pianist's left hand to create quite a groove.  "Minor Fall" follows: the pace is slower, the melody more formal with Morgan displaying his Charlie Haden-like ability to put so much depth into a single note.  Notice as well the minimalist percussion and how Wood really helps to complete the portrait the song is creating. 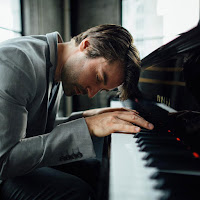 Listen to how Tepfer, Morgan, and Wood play with time and not just on the free improvs.  "Hindi Hex" is a piano solo based on a traditional North Indian music form.  A funky excursion into Beyonce's "Single Ladies" offers a multitude of delights (try typing while listening - impossible!)  Check out the playful "Little Princess" that speeds up, slows down, crawls, runs, strolls, and keeps the listener on his/her toes.  The album closes with George Gershwin's "I Loves You Porgy", another work that shows how Morgan can impact a piece.  His counterpoint is as impressive as the lovely melody.

"Eleven Cages" is, at turns, playful, soothing, challenging, and always musical. Dan Tepfer, along with Thomas Morgan and Nate Wood, gives the listener much to savor, an aural experience to return to time and again.  Highly recommended!

For more information, go to www.dantepfer.com. 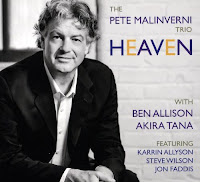 Composer and pianist Pete Malinverni and his Trio looks to the "beyond" for his latest recording, "Heaven" (Saranac Records).  The 10-song program is more spiritual than religious: it includes a number of traditional American gospel and folk songs, two pieces from Edward Kennedy Ellington (including the delightful title track), a swinging remake of Curtis Mayfield's "People Get Ready", "Eili, Eili" from the pen of Hungarian Jewish poet and soldier Hannah Senesh, a lovely take of Molly Mason & Jay Ungar's "Ashokan Farewell", and the leader's own music for "Psalm 23." The music is gentle yet uplifting, a balm in times of sadness and loss but also a reminder of the peace one can find in contemplation.

Performing alongside Malinverni is bassist Ben Allison and drummer Akira Tana. plus three guests (one each on three separate songs).  This rhythm section knows just how to caress a melody, how to support the lyrical pianist, and be in the moment.  Listen to the gentle backing on the Senesh piece, the bass counterpoint and the brush work.  But they can swing as well.  Their support of the pianist and guest Steve Wilson (alto saxophone) on "Wade In The Water" is just right, the joyful walking bass and sprightly drum work.  Vocalist Karin Allyson joins Malinverni and Ben Allison on "Shenandoah" - the bassist takes the first solo in the middle of the piece and his melodic turn sets the mood for the leader.  Jon Faddis sits in on muted trumpet on "Come Sunday."  His solo is actually quite devilish as it bounces atop the snappy brush work of Tana.

Pete Malinverni is an accomplished musician, having released over a dozen albums in the 30+ years he's been a professional musician. He's composed a suite for Gospel Choir and jazz ensemble as well as having set a poem of James Weldon Johnson to music. He's expanded his music for "Psalm 23" (which appears on "Heaven" as a powerful ballad) into a suite for big band and gospel choir.  Malinverni's certainly got "soul" - can't miss that on this album's "Down in the River To Pray." Not all of his music has a religious or spiritual bent but he's not afraid to let that side of his curiosity to show as an artist.  It's in full bloom on "Heaven" and it's a delight to hear.

For more information, go to www.petemalinverni.com. 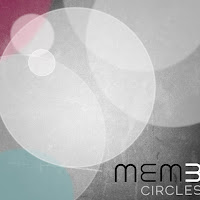 MEM3 is Michael Cabe (piano), Ernesto Cervini (drums), and Mark Lau (bass). They first came together in 2006 to record with Ernesto's sister Amy on her "Famous Blue" recording - in 2007, they recorded their first album, "Pennsylvania Grey" (self-released) but they are all such busy musicians, it has taken nine years for the follow-up. "Circles" (also self-released) was recorded in 2011 but issued earlier this year and shows how they have grown as a musicians and composers, how their friendship makes the music stronger.

As on their debut, each person contributed three original songs plus there is one adaptation of a hymn (in this instance, it's a powerful reading of "Faith of Our Fathers"). The band admits they have been influenced by artists and groups such as Oscar Peterson, The Bad Plus, and EST (Cervini's "4ES" was composed for and dedicated to the leader of EST, the late Esbjorn Svensson).  MEM3 are not mimics.  They use electronics sparingly but what stands out for me is how well they combine melody with rhythmic drive.

Listen to Cabe's "Native Dancer" and how it builds off of the pianist's percussive and funky phrases plus how Lau and Cervini (especially his excellent brush work) relentlessly push the piece forward.  The driving quality is also evident on the pianist's "Shire Song", even during the melodic bass solo (more fine brushes from Cervini). It's fascinating to hear how they move away from and back to the lovely, folky melody.  The power of songs such as "Olympic" and "Circles" can be heard on how the three musicians work together to set the stage for the music, the insistent piano riffs, the throbbing bass, and the relentless drumming. The title track shows the influence of "progressive rock" especially in the waves of synthesizer lines that rise out over the pounding piano.

Best of all, they are not afraid to play ballads, songs like "AFJ", with its pealing gospel lines, and "Anthem", which has the feel of a classic "soul" ballad, a vehicle for Aretha Franklin, Betty LaVette, or the late Sharon Jones.  The piano solo on the latter cut is so "vocal" throughout, especially as it builds to its powerful close (but don't ignore the heart-felt bass solo at the opening of the piece).

"Circles" grows with each successive listen as you hear how well this music is constructed, when you realize that each member of MEM3 checked their egos at the studio door to create this fine example of "group" music.

For more information, go to www.facebook.com/MEM3NYC/.

Here's a taste of the trio's music: 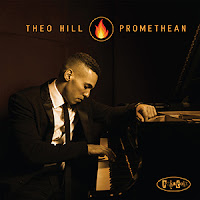 Theo Hill is a young pianist who hails from Albany, NY who now lives and works in New York City.  Over his decade-plus in the city, Hill has worked and recorded with the likes of trumpeter Charles Tolliver, trombonist Frank Lacy, drummer Jeff "Tain" Watts, saxophonist Dave Liebman, trombonist David Gibson (he's on two CDs with his band), the Mingus Big Band, and many others.  Hill's debut CD, "Live at Small's" (Small's LIVE), was a quintet issued in October of 2014.

His new recording, "Promethean", is his first for Posi-Tone Records and is a trio date with bassist Yasushi Nakamura and drummer Mark Whitfield, Jr. One might be tempted to assume as he reads the program that, with the exception of the pianist's composition "The Phoenix", that this CD is an homage to Hill's influences. There are two pieces from Tony Williams ("Pee Wee" and "Citadel") and Kenny Kirkland ("Blasphemy" and "Chance") as well as one each from Bobby Timmons, Herbie Hancock, Victor Lewis, Hale Smith, Chick Corea, and Duke Pearson. The lone original is a tribute to McCoy Tyner; one hears it in the muscular chords and the powerful surges from the rhythm section.

Right from the opening notes of Timmons's "This Here", one can hear that Hill is a masterful pianist and that he can "swing" with force, joy, and purpose,  Messrs. Nakamura and Whitfield, Jr. are equal partners in this adventure, keeping the rhythms percolating and creating foundations that not only support  but also push the pianist and songs forward.  Smith's "I Love Music" (recorded, most notably, by Ahmad Jamal in 1970) is given a funky treatment with the rhythm section locked into the groove. Corea's "Litha" rises on Latin rhythms into a high-energy romp (note that fast-paced "walking" bass and superb cymbal work) - it's on pieces such as those that one hears the real joy Hill and the Trio can create. Yes, the pace may be funky or frantic but the music transcends mere technique. There's such a handsome solo piano reading of "Chance", with its floating chords and articulated single-note lines, illuminating an artist not afraid of making a song his own.

The main definition of promethean is "daringly original and creative."  That may be hyperbolic in some instances and I wish to modify it just a bit in the case of Theo Hill.  He's a daring musician who is continually creative, willing to take chances with the "tradition" without being sacrilegious. No need to shoot the (jazz) messenger but to honor him and her by continuing to move the music forward.  Enjoy "Promethean."

Here's the original tune from the album: