This "Best of" process usually takes four posts to finish; I like to think that's because my tastes are so eclectic. It's true that I like and listen to a lot of different music plus each album reviewed has pieces or themes that really speak to me.  Again, this list is in no particular order but notice the number of releases from Sunnyside Records - I'm surprised that François Zalacain does not get more recognition. 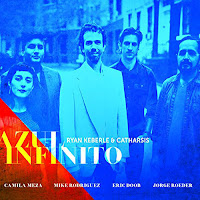 Ryan Keberle & Catharsis - Azul Infinito (Greenleaf Music) - Talk about a band that gets better with age and work, trombonist's Keberle's Quintet - Camila Meza (voice), Michael Rodriguez (trumpet, pandeiro), Jorge Roeder (bass), and Michael Doob (drums) - grows stronger and smarter with every release.  This album pays tribute to the various groups the composer played with when he first moved to New York City, many of which played South American music. The presence of Ms. Meza (her second recording with the group) adds an extra voice and this music soars.  The interaction of the brass throughout the songs is delightful while the rhythm section makes this music soar and sway. 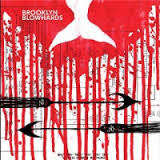 Here's the band in action: 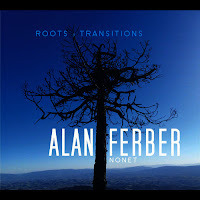 Alan Ferber Nonet - Roots and Transitions (Sunnyside Records) - Trombonist, composer, and arranger Ferber leads this smallish "big band" through series of composition inspired by the birth of his first child.  The Nonet has been together for five albums (several with expanded personnel) and here includes his twin brother Mark (drums), Matt Clohesy (bass), Bryn Roberts (piano), Nate Radley (guitar), Charles Pillow (bass clarinet), John Ellis (tenor saxophone), Jon Gordon (alto saxophone) and either Scott Wendholt (6 tracks) or Shane Endsley (2 tracks) on trumpet). The music often crackles with excitement but there are track with a quieter, contemplative edge. No matter the type of song, this is an excellent recording. 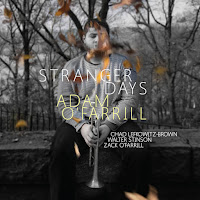 Adam O'Farrill - Stranger Days (Sunnyside Records) - Trumpeter and composer O'Farrill, son of composer, arranger, and pianist Arturo O'Farrill, released his debut (as a leader) with his brother Zach (on drums, with whom he has released two albums as co-leaders), saxophonist Chad Lefkowitz-Brown and bassist Walter Stinson. Loaded with smart melodies and excellent musicianship, this recording illustrates the trumpeter's commitment to making personal and accessible as well as adventurous music.  The interactions between the four young musicians set off sparks throughout the program.  For more information, go to www.adam-ofarrill.com. 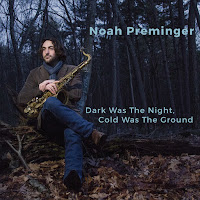 Noah Preminger - Dark Was the Night, Cold Was the Ground (self-released) - Over the past several years, saxophonist Preminger has gotten deeply into the blues, Delta Blues in particular.  This group - Preminger plus Jason Palmer (trumpet), Kim Cass (bass), and Ian Froman (drums) - made its debut with 2 long improvisations but this nine-song program shows a band getting comfortable with each other so they can explore this material in melodic and adventurous ways.  The interaction of the trumpet and tenor sax sparkles throughout while the rhythm section creates a variety of moods. 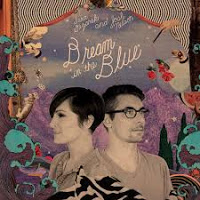 Sara Gazarek and Josh Nelson - Dream in the Blue (Steel Bird Music) - I wrote the following paragraph about this wonderful album: "Dream in the Blue" invites the listener in, makes him comfortable, makes him cry and smile and tap his feet and think about how the interactions of two talented people can open up so many possibilities. The lilt in and lift of the voice, the idea that a piano can be an orchestra or a solitary sound in a crowded lifetime, the lyrics that stir the heart, all that and more make this recording by Sara Gazarek and Josh Nelson so special." It's such a delightful program of standards and contemporary songs. Plenty of heart, lovely vocals, and intelligent piano, what a treat!

For more information, go to saragazarek.com/duo/. 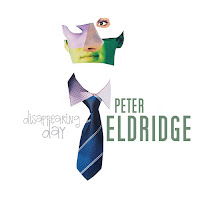 Peter Eldridge - Disappearing Day (Sunnyside Records) - One of more expressive vocalists, a strong composer, solid pianist, and excellent educator, Peter Eldridge makes music for adults.  This recording, his fifth as a solo artist, was built from his long-standing duo with bassist Matt Aranoff; the material features standards, pop songs (the version of Paul McCartney's "Jennie Wren" is a stand-out), and originals.  Also impressive is his use of backing vocalists (people such as Jo Lawry, Laila Baili, Lauren Kinhan, Janis Siegel, and Alan Hampton all pitch at various times). Great music for early morning, late in the day, or any time you need a boost!

For more information, go to petereldridge.com.

Here's a poem by Robert Bly set to music by Mr. Eldridge: 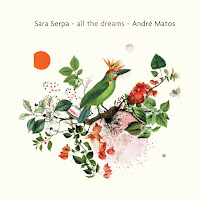 Sara Serpa and André Matos - All The Dreams (Sunnyside Records) - Vocalist Serpa and guitarist husband Matos set poems to music, write original material for wordless vocals and guitars, drawing the listener to this world of quiet songs, stories, and intimate interactions. The only other voices on the CD are the synthesizers of Pete Rende and soft percussion of Billy Mintz yet there is no filler or extraneous sounds - everything one hears is in the service of the song.  The gentle quality of the music and the performances often give the program a feel of folk music but there are myriad influences.

For more information, go to serpamatos.com.

Here's a lovely track set to the words of poet Fernando Pessoa: 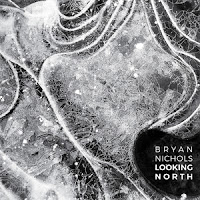 Bryan Nichols - Looking North (Shifting Paradigm Records) - Back in July I write the following words about this album: "Looking North" is music that allows the listener to relax, to listen, to create images, to enter a musical world where melody is much more important than technical prowess.  This is not music for the car but can be played when the sun shines through the window in the morning or as the moon rises in the late winter afternoon. or after the children go to sleep.  If you like solo piano music that forgoes "standards" but has its foundation in folk song, blues, and contemporary music, yet sounds quite original, it's all here in the music of Bryan Nichols."  Returning to the program after several months, the music still sounds rich, heartfelt, and so alive.

For more information, go to www.bryannichols.org.

Here's a lovely ballad from the program, one that sounds influenced by Erik Satie: 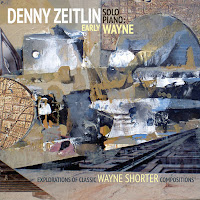 Denny Zeitlin - Early Wayne: Explorations of Classic Wayne Shorter Compositions (Sunnyside Records) - Most of the songs on this delightful solo piano journey hearken from Wayne Shorter's tenure with Miles Davis and solo recordings on Blue Note.  Dr. Zeitlin explores this music with his usual curious nature, playing with rhythms and moods but with great respect for the melodies.  The ballads are emotionally strong, the faster pieces have strong foundations, and the solos within the songs glisten with creativity.  Recorded in front of a live audience, this album is a joyous tribute to a man, his music, and his vision as well as a reminder how one can be with respectful and creative.

Here's a classic Miles Davis Quintet work that is such an aural delight: