Musicians With Stories To Tell 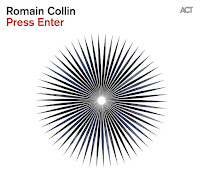 French-born pianist/composer Romain Collin is a busy person.  Besides touring with his excellent Trio - Luques Curtis (bass) and Kendrick Scott (drums) - he has composed scored for a good number of short films and documentaries including one for the "Stand with Malala Fund" (watch and listen here).

There is a heightened sense of drama amidst the lyricism of this music.  Some of that comes from the maturity of the artists as he has travelled/played around the world with his mentors.  From the opening piano figure of "99", this is purpose and direction to this program.  Does not hurt one bit that Mr. Scott is the motor of this music - he knows when to push (and push hard), knows when to "dance" beneath the piano (check out his work on "Clockwork"), and does it all without stealing the spotlight. Young Mr. Curtis (a native of Hartford, CT) is most certainly the "glue" in this music, a solid presence along with the drummer.  He is the "push" on "Webs" while Scott acts as the time-keeper, his counterpoint to Collin's left hand a reminder of his melodic talents.

One of the more powerful pieces on the disk is "Event Horizon", a simple yet handsome melody that plays beneath the voices of men who had been wrongfully imprisoned.  As the voices swirl in and out of the mix, the Trio plus cellist Laura Metcalf and vocalist Megan Rose create a prayer-like atmosphere and one hears different people comment on their experiences and life after release. Ms. Rose also adds her wordless vocals to the lovely "San Luis Obispo", yet another beautiful melody on the recording.

In the midst of the serious stories (and placed in the middle of the program), is "Kids", a playful melody enhanced by the presence of fellow pianist Jean-Michel Pilc. Mr. Pilc does not add his keyboard talents but instead is employed as a whistler, creating a playful sound to the bouncing rhythm and melody (sounds like Collin on keyboard bass throughout.) Another guest is percussionist Mino Cinelu who joins the fray on the explosive "The Line (Dividing Good and Evil Cuts Through the Heart", a piece that continues to build throughout over the pounding drums, the deep notes of the cello until the climax - the solo piano epilogue is a gentle finish. The program ends with an wistfully impressionistic solo piano take on "'Round About Midnight", which opens with the pianist working his way towards the melody, finding it and then moving in and away from then back to Mr. Monk's classic lines.  Though the piece was recorded over 2 years before the recent events in Paris, this version serves as an elegiac reminder of the fragility of life.

If you pay close attention to "Press Enter", you'll notice that Romain Collin uses synthesizers to add strings and other sounds to a number of the tracks.  As opposed to other artists who overuse effects, these additions never get in the way and really do enhance the music.  Overall, this is powerful music, music for healing, for joy, whose darker moments are utilized to inform and teach.

For more information, go to www.romaincollin.com. 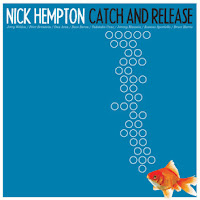 Like many contemporary jazz artists, saxophonist and composer Nick Hempton has watched the recording industry "go south" over the past decade.  So, after 2 fine releases on the PosiTone Record label, the artist sent out the following release, titled "Catch and Release", in May of 2014:
"Nick and his band treated each track like a self-contained album. A new tune was composed and rehearsed; then recorded at a pop-up recording studio set up in New York’s legendary Smalls Jazz Club. The number was mixed and mastered, the artwork designed, the promotional materials drawn up, the whole package sent off to radio and press, and finally the finished product was put up for sale online. Every step, meanwhile, was documented through videos, photos, and blog posts. Six weeks later, the process began again."

Yet, Mr Hempton did not feel complete without something to hold in his bands (sound files are useless that way.)   The result, naturally, is "Catch and Release" (Triple Distilled Records - note to those in the know - while "Triple Distilled" makes vodkas smoother, the CD is not a "smooth jazz" album).  The leader's rhythm section includes drummer Dan Aran and bassist Dave Baron (who has a brand-new CD that is well worth seeking out) plus pianists Jeremy Manasia (4 tracks), Tadataka Unno (3 tracks) and Rossano Sportiello (1 track).  3 of the cuts feature guest artists including a delightful turn by guitarist Peter Bernstein on the Horace Silver-influenced "The Third Degree." Hempton's tenor and the guitar roll easily over Manasia's piano while the rhythm section sets a pleasing medium tempo. "Nordberg Suite" is a sly take on the sound of Charlie Parker and Miles Davis (guest trumpeter Bruce Harris plays the Davis part, right down to the mute.)  Part of the fun is that, for a song that swings as much as this one, drummer Aran sits out this track.  He's definitely back for the rousing "Change for a Dollar" that features guest Jerry Weldon on tenor sax.  It's certainly a "blowing" extravaganza with a sprightly theme and 2 fiery sax solos.  Pianist Unno, who works with the likes of bassist James Cammack and drummer Winard Harper, takes his own excellent solo before the saxophonists "trade 4s".

Other highlights include the Monk-soaked blues "Target Practice" (dig how Aran and Baron set the pace and how both the saxophone and piano solos try to up the intensity) and the multi-sectioned "Catch Up" which starts out rubato before dropping into a medium tempo.  But, this time, there is more intensity from the rhythm section and the piece feels like a blues from the pre-"Love Supreme" John Coltrane Quartet.  Hempton switches to alto sax for the handsome "Montauk Mosey", a duo with pianist Sportiello, a tune takes its sweet time and features fine solos from both.

The album closes with the title track, which was the first of the 8 cuts Nick Hempton issued, is a delightful romp. Everyone plays in "full speed ahead" mode and ends this program on an up note (actually a lot of up notes.) The order of the CD does not match the order in which the tracks were released - not sure why but that does not really make a difference in one's ability to enjoy this music.  Catch ahold of "Catch and Release" - unlike fish, this music gets better with age.

For more information, go to www.nickhemptonband.com.

Here's the Hempton 4 live at Smalls: