Although none of the following CDs were listed in my "official" Top 10, any one of them could have made.  You may notice the preponderance of recordings with Matthew Shipp and why not? He's one of the more original musicians on the scene, never worrying about "the fashion of the day."

Mr. Shipp goes in a number of fascinating directions on "I've Been To Many Places" (Thirsty Ear), from Gershwin to Coltrane and through his own fertile mind.  This solo recording stands out in an impressive discography as does his latest Trio CD, "Root of Things" (Relative Pitch) - the work of drummer Whit Dickey and bassist Michael Bisio is so wild and free yet always interacting with the pianist.  Perhaps my favorite release with Mr. Shipp is "Alternating Currents" where he is a part of a cooperative Trio recorded by and released by drummer Jeff Cosgrove, an ensemble that also features bassist William Parker. All good music and well worth checking out.

Pianist Manuel Valera, who is usually seen in the company of his New Cuban Express or Trio, self-released "Self Portrait" this year - listen to this all the way through and you hear a musician reaching for the stars.

Producer Todd Barkan continues to reach back to his days at San Fransisco's Keystone Corner to surprise fans of Jaki Byard with more solo piano music from his concerts in the Bay Area venue.  "The Late Show: An Evening with Jaki Byard (HighNote Records) - one can hear just how much the great man influenced pianists who are active today.

The duo of Steve Wilson (reeds) and Louis Nash (drums and more drums) has worked together over a decade but released its first CD, "Duologue" (Manchester Craftsmen's Guild) and what a delight it is. True masters at work!

Avishai Cohen (trumpet), Omer Avital (bass) and Nasheet Waits (drums) make up the trio Triveni and create such delightful sounds together. "Dark Nights" (Anzic Records) is their 3rd collaboration and continues their streak of excellent sessions.

In a year where so many piano trio CDs were released (why should this year be different from others?), "Affirmation", the 2nd CD from the Jason Yeager Trio (Inner Circle Music), was certainly a real treat.

His teacher, Fred Hersch, had yet another as performer and producer.  Palmetto Records not only released the stunning DVD of "My Coma Dreams" but also his splendid new Trio disc, "Floating" featuring bassist John Hebert and drummer Eric McPherson.

Talk about "super groups" - drummer/composer Jeff Ballard released his debut as a leader, "Time's Tales" (OKEH Records), with his good friends Lionel Loueke (guitar) and Miguel Zenon (alto saxophone).  This is "dance music" for the heart, mind and soul!

As the year moved and I returned to CDs reviewed previously, "Inward Looking Outward" (RopeaDope), the debut of pianist J J Wright kept jumping to the top of the pile.  With drummer Nate Wood and bassist Ike Sturm, Wright created a program of originals and "pop" covers that tickles the ears while making one think - that's a talent.

Tyshawn Sorey continues to go in his own mind-stretching direction. His CD "Alloy" (Pi Recordings) features bassist Chris Tordini and pianist Cory Smythe playing 4 pieces driven more by melodic fragments and textures than formidable beats. Music one can truly get lost in and be happy for the experience. 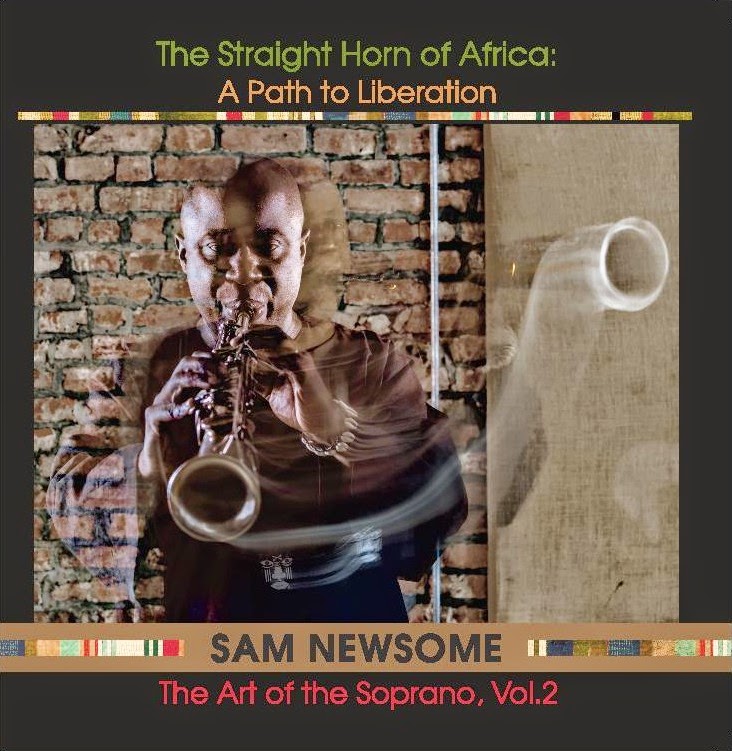 Here's the initial entry for the 2015 list - Sam Newsome's brilliant solo (with multiple overdubs) CD "The Straight Horn of Africa" (self-released) is an utter joy and a true work of art.

The final entry will feature groups sized 4-7 and probably won't be posted until next week - family is on the way.