Personally, 2010 has been a roller-coaster of a year (seemingly moreso than the past few.)  On a musical level, there's been great CDs and concerts, more than I can document.  In previous years, I have gone a bit overboard in "end-of-the-year" columns but, seeing as "austerity" is the watchword of the day, this will be a tad more compact than usual. Also, as usual, there is no order of preference. 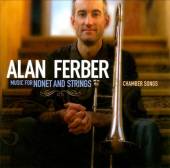 Trombonist-composer Alan Ferber is a very busy player, appearing on many recordings over the past yeas including the wild and crazy "Asphalt Orchestra" on Canteloupe as well as John Ellis's "Puppet Mischief" and Owen Howard's "Drum Lore" (see below.) His own release, "Music for Nonet and Strings: Chamber Music" (Sunnyside) is stunning in its breadth and musicality.  Not only is his writing excellent but also his choice of music by his bandmates and surprising arrangements of solo works by both Keith Jarrett and Ben Monder makes this a program to savor for many months to come.

There are several CDs on this list created by drummers.  Each one is different but similar in that the music is quite impressive.  The afore-mentioned "Drum Lore" (BJU Records) is Owen Howard's wonderful tribute to his fellow percussionists with tunes from the pens of Shelley Manne, Jack DeJohnette, Ed Blackwell, Peter Erskine, Denzil Best, Chick Webb and others.  Composer-percussionist Roland Vazquez produced a splendid large ensemble recording in "The Visitor" (self-released) - the arrangements are complex and arresting, the playing rich and exciting, with a slew of fine musicians (although Vazquez does not perform, he conducts the ensemble.)  John Hollenbeck created "Royal Toast" (Cunieform) for his Claudia Quintet (plus guest pianist Gary Versace) - he continues to surprise listeners with richly designed pieces that cull from so many traditions. 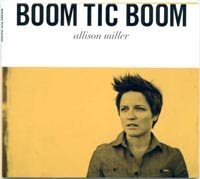 Early in 2010, drummer Allison Miller released her second CD (Foxhaven Records) as a leader, an absolute treat.  With pianist Myra Melford and bassist Todd Sickafoose, she invigorates the "piano trio" with her smart compositions while the playing is flat-out exquisite.  And the sound...my, it is so rich that, even on inexpensive speakers, the cymbals crackle, the bass drum booms and Sickafoose's playing is articulate and melodic. 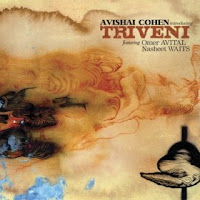 Trumpeter Avishai Cohen created "Introducing Triveni" (Anzic Records) with fellow Israeli Omer Avital (bass) and the ubiquitous drummer Nasheet Waits (he's as busy as trombonist Ferber.)  The intimacy of the sound,  intelligent choice of the material and the fine interaction makes this Cohen's best release (to date.)  His sound has grown up, taking in the history of the trumpet's role in jazz and blues.

Cohen has taken over the trumpet chair in the SF Jazz Collective - their 3 CD set, dedicated to the material of Horace Silver (and works by Collective members) is the 7th strong release from the organization.  Miguel Zenon (alto saxophone) is the only original member left, the rhythm section of Eric Harland (drums) and Matt Penman (bass) have anchored the band since year 2 (2005), vibraphonist Stefon Harris returns after a year absence, pianist Edward Simon takes the seat of original member Renee Rosnes, trombonist Robin Eubanks is a major presence as is new member Mark Turner (tenor saxophone.)   The aggregation gives the Silver material the attention it deserves (with many fine arrangements) and the new material is quite impressive. 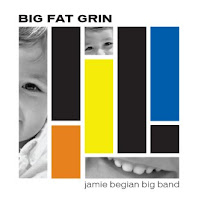 Educator-arranger-composer Jamie Begian (who's on the faculty of Western Connecticut State University) released his 2nd Big Band CD, "Big Fat Grin" (Innova), and it does much to bring a smile to fans of large ensemble music. Good tunes, smart arrangements and great playing all makes for a fun experience.

Last but not least (for Part 1) is the sprawling and often enthralling "A Wallflower in the Amazon" (Accurate Records), the new work from composer/arranger Darrell Katz & the Jazz Composers Alliance Orchestra.  Filled with poetry, blues, humor, the fine voice of Rebecca Shrimpton, knock-out arrangements of Ellington's "I Like The Sunrise" and Willie Dixon's "Hoochie-Coochie Man" (with Mike Finnegan) and much more, this is a recording that one must pay attention to - it's not for the background.

In Part 2, there is classical music, more fine small-group work and a modern broadside.
Posted by Richard B. Kamins at 5:33 PM