O Mario and A Wonderful Discovery

Arc Suite T/Pi T/Po -  Mario Pavone Orange Double Tenor (Playscape Recordings) -This is a good time for composer/bassist Pavone.  He's just celebrated his 70th birthday, been feted by NPR (click here to check it out) and was the subject of an in-depth interview on Jason Crane's "The Jazz Session" (listen here.)
Those of us who live in Connecticut have had the good fortune of watching and listening to Pavone in various settings for over 4 decades, from his work with the late Bill Dixon and Thomas Chapin, his association with the Connecticut Music Improvisers Forum, and his numerous groups that have recorded on the Playscape label.  His music combines exciting rhythmic variations and compositions built from his bass outwards.  As a player, he's never been a slouch or showoff; as a leader, he surrounds himself with intelligent collaborators.
The sextet on this program is no exception -  what's interesting to me is various influences I've not noticed in his music before.  Michael Musillami's arrangements on the opening 2 tracks have an Ellingtonian feel in the sway of the horns and reeds.  "East Arc" combines the tambre of "East St Louis Toodle-oo" with the shuffle-cum-sway of many uptempo Duke Ellington works from the the 40s and 50s.  Pavone and drummer Gerald Cleaver set the tone for the soloists while pianist Peter Madsen moves in and around the ensemble (and he's such an impressive soloist.) The double tenors of Jimmy Greene and Tony Malaby each bring a different flavor to the songs, the former with his John Coltrane-like explorations, the latter with a thicker tone and more experimental side.  Greene unveils his handsome soprano work on "Poles" joining with Madsen and trumpeter Dave Ballou in the journey through Pavone's musical landscape.The title track has a slippery melody, nicely executed by Ballou (who doesn't even solo), as well as more strong work from Greene and Madsen. The challenging melody of "17 Note" moves from the piano to the guest Steven Bernstein's slide trumpet with ease while pieces of the rhythm are used by the tenor saxophonists to create their solos.
The Cd also contains 3 short pieces, the rhythmical "Nokimo", the angular, edgy, "Half Dome (for Bill Dixon)" and its companion "Dome." The brief works allow the composer and band to create unique worlds that pull the listener in the way a haiku attracts a reader.
Over the decades since he took up the bass (when he was in his mid-20s), Mario Pavone has continued to move forward, not slowed by the vagaries of the music business or lack of imagination.  His creative music marries rhythm and melody in original ways that make one sit up and pay attention.  For more information, go to www.mariopavone.com. 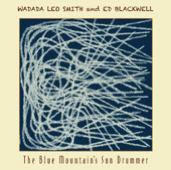 The Blue Mountain's Sun Drummer - Wadada Leo Smith and Ed Blackwell (Kabell) - This is an unqualified treat.  A live recording from 1986 pairing the splendid drum work of Ed Blackwell and the exciting brass, flute and voice of Wadada Leo Smith.  Originally recorded at Brandeis University, the duo are in sync from the opening moment through to the closing tones.  Blackwell, who passed in 1992, was born in New Orleans and, though he often played in "free" jazz settings, never lost his rhythmic propulsion. One can hear the influence of the "parade drums" on the opening track "Uprising" and the joy in the trumpet trills, splats, and riffs above him.  The duo creates an African dance on "Love", Blackwell riding his cymbals while bouncing between snare and toms as Smith roars triumphantly.
Several of the tracks include vocals by Smith, including the mbira-fueled tracks "Seeds of a Forgotten Flower" (dig the subtle cymbal work) and "Don't You Remember".   Smith sounds like a blues griot on the latter track with Blackwell's sticks creating subtle, provocative, dance rhythms.  The move to muted trumpet does not change the ageless rhythmic patterns.
The mellower tone of the flugelhorn ushers in "Seven Arrows in the Garden of Light" while the drummer creates a "Bolero"-type rhythm but, instead of building up to a climax in the fashion of Ravel, Smith moves to flute and the piece becomes quieter and more intimate. Close to the end, he returns to trumpet but only for a moments of impressionistic phrases. There is a wonderful sense of swing amidst the raucous sounds and humid air of the Crescent City on "Buffalo People: A Blues Ritual Dance", a delightful musical jaunt.
"The Blue Mountain's Sun Drummer" can and should be listened to in one sitting. There are no weak moments, only the joyous dialogue of 2 musical equals. For more information, go to Wadada Leo Smith's homepage at http://adagio.calarts.edu/~wls/.

I had the joy of being able to see and hear Ed Blackwell play in various ensembles (some with faculty, others with students) many times at Wesleyan University where he taught for the last 2 decades of his life. Even in his later years as his kidney problems slowed him down, his drum work always danced. This CD is a real gift for those of us who still thrill to hear his unique approach to rhythm.
Posted by Richard B. Kamins at 4:53 PM