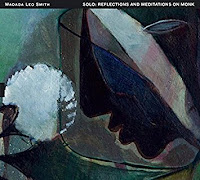 In this year of the Thelonious Monk Centennial, there is no more fascinating tribute than "Solo: Reflections and Meditations on Monk" (Tum Records) from trumpeter Wadada Leo Smith. Just trumpet.  Smith, who is a major force on the creative music scene (and has been since the early 1970s), interprets four Monk classics ("Ruby, My Dear", "Reflections", "Crepuscule With Nellie", and "'Round Midnight") plus creates four original "reflections" of his own inspired by his relationship to Monk's music.  Beautifully recorded over three sessions (in November of 2014 and August 2015), the package includes excellent notes by Smith and a fairly extensive bio.

So much stands out on this very personal recording. Start with how in this setting, one can hear how the blues infiltrates Monk's music. Note how beautifully the trumpeter blends sounds and silence - there are many moments that the listener hangs on the notes, even after they fade.  One also hears how this music connects with the philosophies of the AACM and with Smith's creative philosophies as well as with the sounds of another creative musician celebrating his 100th birthday, John Birks "Dizzy" Gillespie.  The avid Monk fan knows that both Dizzy and Miles Davis recorded "'Round Midnight" yet the performance here apes none of the numerous recordings and live concert versions.  The plaintive melody pours over the listener; Smith takes his time, caressing each note who producing a sound that is so intimate on an instrument that can shake the rafters. 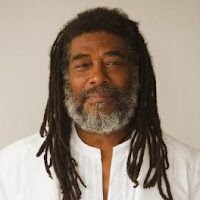 The original pieces range from the intense yet tender "Monk and His Five Point Ring at The Five Spot Café" to the gentle ballad "Adagio: Monkishness - A Cinematic Vision of Monk Playing Solo Piano." That latter track is quiet, with notes that ring out, gently fade, and create a heartfelt melody.  "Adagio: Monk, the Composer in Sepia - A Second Vision" is not only influenced by the blues of a Monk ballad but also by the "muted" tones of old photographs of the pianist. The muted trumpet sounds fragile but sympathetic, with strength in the higher notes.  Following that is a piece inspired by a dream: "Monk and Bud Powell at Shea Stadium - A Mystery" unites the two pianists, great friends, both who dealt with ailments, who were stalked by the police as well as demons, yet who created such vital music. The playful quality that Smith interjects into this piece reflects the creative adventure of the pianists. Still, as the piece comes to its close (it sounds as if the music ends in the middle of a phrase), one can hear both musicians lives were often interrupted.

"Solo" Reflections and Meditations on Monk" is music to savor, to sit and breathe in, to inhabit.   Once you surrender to the sounds, you grow to not only appreciate the immense contributions that Thelonious Monk made to contemporary music but also how Wadada Leo Smith made his explorations of this man and his music personal and universal at the same time.

For more information about this other TUM recordings, go to tumrecords.com/053-solo-reflections-and-meditations-on-monk. 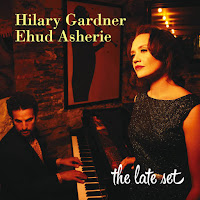 In many big cities around the world, there are jazz clubs and other venues that stay open very late, well into darkness of the new day. Even if you have not spent time in one of these often intimate performance spaces, you probably have hear the music created in the last set of the evening can be extremely powerful, personal and, often, quite romantic.

Listening to the nine songs on "The Late Set", the new Anzic Records album from vocalist Hilary Gardner and pianist Ehud Asherie, one is transported to a late-night joint: the tables are close together, almost all of them near the bandstand, with candles burning down to their final moments, and several nearly-empty glasses that the listeners are caressing gently.  The songs were not chosen to spotlight the many talents of the duo but to tell stories that an audience can connect to.  Perhaps it's the loneliness of Lorenz Hart and Richard Rodgers's "A Ship Without a Sail" or the sweet reverie of "I Never Has Seen Snow" (from the musical "House of Flowers", music by Harold Arlen and words by Truman Capote) but Ms. Gardner and Mr. Asherie caress each tune, making sure the melody is given its due and you can hear every word.

After you've taken in these classic tunes (all composed between 1928 and 1950), then listen to how fine an accompanist and soloist Mr. Asherie in. There are touches of Thelonious Monk on the opening "Shadow Waltz" and Fats Waller on "After You've Gone"; also notice how he sets the mood on pieces such as the tender ballad  "Seems Like Old Times" or the jauntiness he infuses into Irving Berlin's "I Used to Be Color Blind." On the latter tune, he accompanies the vocal with a countermelody that is a perfect match for the joyful vocal.  The duo returns to Hart & Rodgers for the spunky "Everything I've Got", a delightful story of a love-struck but determined woman and her philandering boyfriend.  The joy in both the vocal and the piano are infectious!

If you are not moved by the sassy, sexy, seductive, and swinging version of "Sweet and Slow" (from the prolific team of Al Dubin and Harry Warren), you might want to go to the doctor.  Yes, it's about slow dancing late at night but not only on the dance floor.  Though one of the earliest versions of this song was recorded by Fats Waller, the piano accompaniment displays the influence of George Gershwin.

"The Late Set" is a delight from start to finish. Hilary Gardner has such a mature, honest, and, yes, playful voice while Ehud Asherie is such an intelligent accompanist, partner, and soloist.  If younger listeners want to understand the power of the Great American Songbook and how songs not only captured the hearts of many listeners but also their imaginations, this album is one of the best contemporary showcases of that power.

For more information, go to www.hilarygardner.com/the-late-set/

Here's a splendid tune from the album: 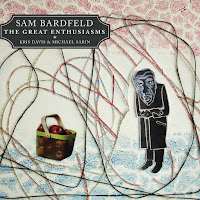 Violinist and composer Sam Bardfeld graduated from Wesleyan University in 1990. He had studied with a number of people while there including jazz saxophonist Bill Barron.  He played (and still plays) all sorts of music, from Latin and Afro-Cuban to the avant-garde works of Anthony Braxton and John Zorn to the Americana of Bruce Springsteen.  While he has recorded with the likes of Johnny Pacheco, Roy Nathanson & The Jazz Passengers, and Joel Harrison, the arrival of "The Great Enthusiasms" (BJU Records) is a delightful surprise.  It's his first CD as a leader since 2005 and features the dynamic pianist Kris Davis and intelligent yet playful percussionist Michael Sarin. 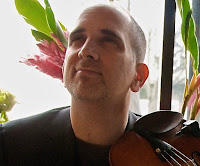 The opening track, "Fails While Daring Greatly", takes its name from President Richard Nixon's resignation speech and sets the tone for the entire program. The piece has a medium-tempo shuffle beat, a jaunty melody, and delightful interplay.  Ms. Davis lays out while the violinist and drummer dance about, returning to the shuffle rhythm at the close of the solo before stepping out with a Monk-like dancing solo.  Sarin is the glue of the music but also serves as a provocateur throughout.  His "second-line" bounce enlivens "Resignation Rag", a platform for the leader's swooping violin lines.  That beat makes the "resignation" more of a "celebration" (remember that the "second line" shows up on the way home from a New Orleans funeral).  Ms. Davis's unaccompanied solo is a treat; she messes with the tempos, moves from percussive sounds to melodic fragments, and, when the drummer returns, leads hi a chase through the middle of the performance.  The title track manages to combine traces of "country swing" fiddle music and the Teutonic beats of Kurt Weill, leading the listener through challenging yet enjoyable passageways.

Beside the five Bardfeld originals, the trio "covers" two pieces from the 1970s.  Bruce Springsteen's "Because the Night" was a Top 10 "smash" for Patti Smith - here, the melody is deconstructed, made darker and somewhat scarier by the unaccompanied piano solo plus listen to how the violinist leads the trio back into the melody in frenetic fashion. The funky take of Robbie Robertson's "King Harvest Has Surely Come" (the song that closes the classic second album by The Band) rides on the powerful drums and Ms. Davis's left hand.  Bardfeld soars over the rhythm section until he and Sarin drop for an impressionistic and solemn piano solo that takes the piece out (and takes the listener's breath away).

There's plenty of melody, rhythms, interactions, humor, and sadness spread throughout "The Great Enthusiasms"; much of that surprises the listener first time through but, once you return for several more journeys through this daring program, you begin to understand that this music displays the leader's myriad influences without being beholden to any of them.  Kris Davis and Michael Sarin are perfect partners for the"dancing on the edge" approach of this music.  The music of Sam Bardfeld dazzles, delights, and definitely deserves to be heard.

For more information, go to www.sambardfeld.com.

Check out the title track: