As I am writing this post, radio stations throughout the US and elsewhere are celebrating the 100th birthday of Thelonious Monk.  None of the albums reviewed below have Monk compositions yet his music has influenced musicians from around the world for the last 70+ years. Ethan Iverson wrote an excellent appreciation for The New Yorker and you can - and should - read it by clicking here.
********************************************
It's amazing how many musicians from Israel have taken up residence in the United States. Among the first to be noticed was bassist Avishai Cohen who first came to critical notice when he joined pianist Chick Corea's group in 1996.

Clarinetist-saxophonist Anat Cohen came to the United States to study at Berklee College around the same time bassist Avishai Cohen (no relation - her brother Avishai is a much-heralded trumpeter) joined Corea's Origin sextet.  Moving to New York City in 1999, she joined DIVA Jazz Orchestra as well as several Brazilian ensembles plus David Ostwald's Gully Low Jazz Band, an ensemble dedicated to the music of Louis Armstrong.  In 2005, she started Anzic Records and had released eight albums as a leader, four as the Three Cohens (with her brothers Avishai and saxophonist Yuval), two each with the Choro Ensemble and Trio Brasileiro, and a duet with Brazilian guitarist Marcello Gonçalves. She has also recorded as a side person with numerous bands plus tours in a duo setting with pianist Fred Hersch. 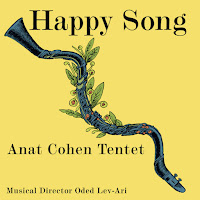 The material ranges from klezmer (the album's centerpiece is the 12:26 "Anat's Doina", a medley of three traditional melodies) to Brazil (a sweet arrangement of Egberto Gismonti's "Loro") to several impressive standards (Owen Murphy's snappy "Oh Baby" from 1924, made famous by Bix Beiderbecke and Gordon Jenkins's "Goodbye" composed in 1935 and a tune that became Benny Goodman's sign-off tune).  The program opens with two originals from Ms. Cohen, the funky title track followed by the handsome ballad "Valsa Para Alice", a piece she recorded with Trio Brasileiro on their 2016 collaboration "Algeria Da Casa."  Lev-Ari's original contribution is "Trills and Thrills", a seven-minute sonic adventure that opens in rubato until Ms. Cohen plays the lovely melody and the piece opens up with contributions from all building to a powerful, blues-drenched finish. The album's final track is "Kenedougou Foly", a high-spirited romp composed by Malian balafon artist Néba Solo (the 2006 album that features this song is well worth examining) - arranged by Ms. Cohen, each member of the Tentet adds his or her personal touch and the joyous piece is worth playing at very high volume. Special kudos to Messrs. Shipp and Pinciotti for their impressive work driving the band.  It should remind some close listeners of the work of Pierre Dørge's Jungle Orchestra.

This album does live up to its name. There are solemn moments but the album opens and closes on such "highs" that one walks...no, dances away from the speakers.  From the delightful Milton Glaser cover painting to Ms. Cohen's highly expressive clarinet playing to the intelligent and inventive arrangements and the "knockout" ensemble, Anat Cohen's Tentet's "Happy Song" is a treat to hear over and over. 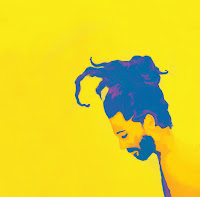 Bassist and composer Or Bareket had an international upbringing. He was born in Jerusalem, raised in Buenos Aires, Argentina, and then in Tel Aviv, Bareket (whose brother Eden is a baritone saxophonist) is now based in New York City.  His debut album as a leader (he's worked or recorded with drummer Ari Hoenig, pianist Aaron Goldberg, plus vocalists Cyrillé Aimee and Camila Meza), "OB1" (Fresh Sounds New Talent), features guitarist Shachar Elnatan, pianist Gadi Lehavi, and drummer Ziv Ravitz.

The album opens with a bluesy guitar intro that leads into "Patience", a song that has a jump and an irrepressible forward motion that gets interrupted every now and then with melodic interludes.  Sound engineer Luis Bacque does an amazing job of capturing the band's sound, you can clearly hear the quartet's interactions as well as the intimate relationship of the drums and bass. Bareket's sound and attack remind this listener of the playing of Eric Revis; they are both so melodic yet can be percussive when need be. 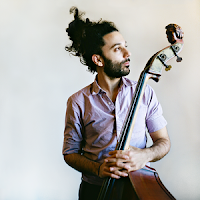 What stands out throughout the program is how melodic these songs are. Influences from Middle-Eastern music, traditional Israeli music, and the innovations of 1960s Blue Note Recordings move in and out of pieces such as "Snooze" and "Misdronoth"; One hears a more traditional melody on the piano-bass duo "Elefantes I" et the piano backing has a classical feel, especially when Lehavi plays beneath the bass solo.  Still, the fun is allowing the music to just roll over you, to listen closely, then at a distance, and to hear how the music often moves seductively.

Percussionist Keita Ogawa and accordionist Vitor Gonçalves join the group for "La Musica Y La Palabra", a lovely tango composed by pianist and vocalist Carlos Aguirre.  The leader and accordionist have several lovely moments when they play the same phrases.  It's a haunting melody and Bareket deserves much praise for filling the piece with long solos but for embracing the melody with short solos that rise organically out of the thematic material. 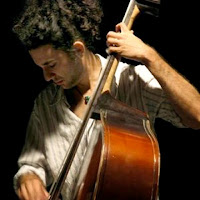 The album closes with "Shir Lelo Shem (Song with No Name)" - composed by one of the earliest Israeli-born "rockers" Shalom Hanoch (born 1946), Bareket plays it solo, sticking to the handsome melody with several short solo excursions.  His notes are well articulated and he never lets technique stand in for emotion.

"OB1" is a memorable debut that stands out as much for the excellent musicianship as for its thoughtful melodic content.  One hopes Or Bareket continues his quest for what he has created here bodes well for his future as both a musician and composer.

For more information, go to www.orbareket.com. 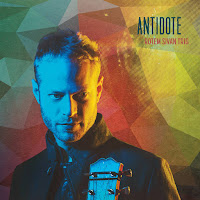 One of the essential components of jazz has how the blues has been integrated into the music. Sometimes, you can hear it in the chord progressions, sometimes in the anguished cries or gleeful shouts of the musicians, and sometimes it's how the composer and/or musician approaches the material and performance. "Antidote" (AIMA Records) is the fourth album from Jerusalem native Rotem Sivan and the first since the guitarist/composer a seven+ year relationship with his girlfriend ended and new person entered his life.  Recorded with his "working" band of Haggai Cohen Milo (bass) and Colin Stranahan (drums), the album is, not surprisingly, an emotional roller-coaster.

The opening track, "Shahar", has a lighter feel. Built upon a powerful bass line and splendid brush work, the guitarist flies over the rhythms.  The title track follows. It's a bit darker, there are a touch of electronics in the background, and the melody is accompanied by whistling and wordless vocals. Milo's bowed bass work helps the dark mood as does the short, highly amplified, break.  But there is hope in the melody.

Vocalist Gracie Terzian joins the trip for a funky, danceable, version of "Somewhere Over the Rainbow" - the touch of hip hop in the rhythm section and the "chill" vocal gives the music less of a wistful feel and feels more positive.  The other non-original is Bob Dylan's "Make You Feel My Love" which turns out to be a vehicle for Milo's wonderfully melodic bass.  Sivan takes several choruses but does not stray far from the melody until his powerful solo. Urged on by conversational drums of Stranahan, the guitarist does step out and continues to ride the percussive wave until the piece fades out. Interesting to note - several cuts earlier, Sivan's hard-edged "Sun Song" sounds like variations on the Dylan song.

The bluesiest track is the ballad "Aloof", a piece with a country twang in the melody and another excellent bass solo.  Milo, who has worked with pianists Omer Klein and Jarrett Cherner plus has worked with numerous choreographers, knows how to shape a solo.  The counterpoint he creates for the drum solo on "For Emotional Use Only" includes low notes that resonate on the bottom.  The song goes through several sonic changes before the guitarist turns up his amp and rips off a powerful solo.

Rotem Sivan channeled his heartbreak and bewilderment into his music and, thanks to his trust and love for his bandmates, came up with his "Antidote."  Instead of burying himself in long self-indulgent solos, these 11 tracks come in at 38 minutes yet one does not feel short-changed.  Give it a listen at rotemsivan.bandcamp.com/album/antidote-full-album.

To learn more about the guitarist, go to www.rotemsivan.com.