A Benefit Concert for Puerto Rico

Fuerza Puerto Rico!
A Jazz Benefit for the Victims of Hurricane Maria 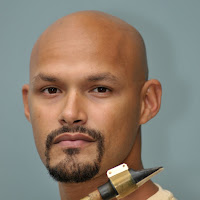 Join some of the world’s top jazz musicians for Fuerza Puerto Rico! a jazz benefit concert for the victims of Hurricane Maria on Wednesday, November 1, 2017 at the Jazz Gallery, 1160 Broadway, New York City. Tickets $50; all proceeds go to Puerto Rico Recovery Fund.  Sets at 7:30 and 9:30 p.m.  For tickets and information visit www.jazzgallery.org or call 646-494-3625.

“Hurricane Maria was the worst storm to hit the island of Puerto Rico in almost a century.  I hope you’ll join us to help the people of Puerto Rico recover from this devastating catastrophe. It’s going to take years for the island to recover, but residents need immediate help,” says event organizer saxophonist/composer Miguel Zenón who was born and raised in San Juan.  “It’s going to be an amazing event.  We’re honored that so many incredible musicians have chosen to donate their talents to help raise badly needed resources, and that the Jazz Gallery is providing a wonderful venue so that we can perform for everyone who wants to help.” This is the second benefit concert organized by Zenón.  The first took place October 8 at Freight and Salvage in Berkeley, CA and raised over $20,000.
Posted by Richard B. Kamins at 2:15 PM