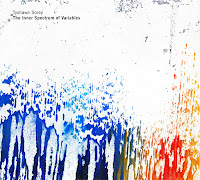 Tyshawn Sorey wears many hats.  He's a top-notch drummer with ensembles led by Mario Pavone, Steve Lehman, Armen Donelian, John Zorn, Steve Coleman, Vijay Iyer, and has recorded duets with Roscoe Mitchell.  As a leader, he has recorded CDs that reflect his interest in so many styles of music, not the least of which is contemporary classical music.  His new double-CD, "The Inner Spectrum of Variables" is his third with Pi Recordings and fifth overall.  The program features his working trio - Cory Smythe (piano) and Chris Tordini (bass) - plus a strong trio composed of Chern Wei Fung (violin), Kyle Armbrust (viola), and Rubin Kodheli (cello).

One of the most impressive aspects of Sorey's music is that it's not all about him and his considerable prowess as a drummer. On this recording, he does not enter until the 18:42 mark of "Movement II" (nearly 22 minutes into the album) and then it's to color below the viola and Smythe's rippling piano lines.Upon initial listening, it seems as if the piano is the central element but, when you spend more time with the music, one hears that various voices - the string quartet (including Tordini's bass) on "Movement III" , the cymbals and percussion on "Reverie", the violin and viola on the highly rhythmic "Movement IV", and the ensemble (minus the drums) through the closing track ("Movements V + VI + Reprise") - are telling this extended story.  The scene is always shifting, moving from soft piano passages to percussive pizzicato from the strings to powerful interactions between the two trios to different combinations of the voices.

When you take the time to really listen to "The Inner Spectrum of Variables", the different themes and variations begin to make sense and one can hear an overarching theme.  Tyshawn Sorey has created music that defies categorization yet is filled with melody, dramatic solos, and long meditative passages.  Don't spend time trying to figure out his influences - just pay attention and you will be rewarded as well as moved.

For more information, go to pirecordings.com/artist/Tyshawn_Sorey.  To hear samples of the music, go to tyshawn-sorey.bandcamp.com/album/the-inner-spectrum-of-variables?. 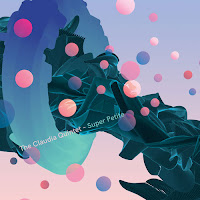 Over the course of nearly 20 years and eight albums, The Claudia Quintet has expanded  upon the vision of its leader, drummer and composer John Hollenbeck. First and foremost, this is a working band whose personnel has stayed constant over the course of its existence with, really, only one change.  Red Wierenga (accordion, piano) replaced original member Ted Reichman in 2012 joining Hollenbeck, Drew Gress (bass), Matt Moran (vibraphone), and Chris Speed (clarinet, tenor saxophone).

Hollenbeck, who composes all the music for Claudia, usually sets a challenge for each recording, sometimes adding an additional musician or more (pianist Gary Versace joined the Quintet for "Royal Toast", vocalists Theo Bleckmann and Kurt Elling plus pianist Matt Mitchell on "What Is The Beautiful" and bassist Chris Tordini for the 7th CD, "September"). "Super-Petite" is the CQs eighth album (seventh for Cuneiform); Hollenbeck states in the liner notes,  "Contrary to the current popular trend of making works of literature or recordings longer and larger, I have focused most recently on writing shorter compositions."  Lest you think that he's created a jazz version of a Ramones album (14 songs in under 30 minutes), CQs album has 10 tracks that clock in at 47 minutes, the longest being 8:24 and the shortest a concise 1:53.  The "short" tune, "Pure Poem", sounds like a cross between a Irish dance and Native American pow-wow music.

One of the joys of listening to the Claudias is that they definitely have a distinct sound and style but you are always surprised by what you hear.  The album opens with "Nightbreak", a lovely reimagining of Charlie Parker's famous sax solo from "A Night in Tunisia."  Hollenbeck slows down the incredible solo and the resulting music soft and mesmerizing.  There are a number of tracks that make you slow down and concentrate, such as the playful "Newark Beagle"  and the delightful "Peterborough", the latter with its handsome, circular, phrases over a dancing rhythm (also listen for the unison work of Wierenga (accordion) and Speed (clarinet).  "Mangold" moves at a deliberate pace; after a mysterious clarinet/vibes opening, the piece falls into a slowly unfolding fragmented melody (low accordion notes paired with Gress's bass lines). Suddenly you realize that it's the drummer is pushing the music forward, ever so gently.

The Claudia Quintet keeps one on his toes. One hears traces of prog-rock, slabs of hard-bop, a touch of minimalism, a bit of humor and a dollop of funk.  "Super-Petite" will more than satisfy long-time listeners; those new to the ensemble should leave their expectations at the door and listen with fresh ears - the music is worth it!

For more information, go to johnhollenbeck.com/band/the-claudia-quintet/.

Here's a pleasing taste of the album: 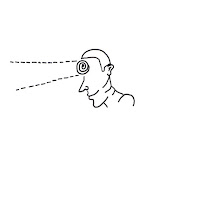 One of the joys of actively listening to music is finding a new artist and discovering his or her music and then discovering that the artist has been around for over 2 decades.  Nick Fraser has been an integral part of the Toronto, Canada, music scene as a "first-call" drummer when visiting artists come to the city and he has led or co-led several ensembles that have been in the forefront of the creative music scene north of the border.  In the 2013, he built a quartet around saxophonist Tony Malaby (tenor and soprano saxes), bassist Rob Clutton, and cellist Andrew Downing. Originally, Fraser had envisioned the ensemble to have two bassists (similar to the lineup Ornate Coleman had in the latter part of his long career and one that Bill Dixon used in several occasions.)  It was Downing who suggested he play cello instead to serve as a melodic foil to the saxophonist and to interact with with Clutton's bass.  Critics and audiences approved and the Quartet has become Fraser's main vehicle (although he and Malaby linked up with pianist Kris Davis for a 2015 recording released by Clean Feed Records.

Fraser's second album with the Quartet, "Starer" (self-released, cover above left), continues the sonic experiments of the group's debut CD.  Each musician contributes to the direction of the music.  On the powerful opening track, "minimalism/416-538-7149", the pulsating drone of the bass and cello serve as a foundation for the drums and saxophone to explore. Malaby, on soprano, flies over the ensemble while Fraser plays counterpoint.  "Sketch #26" is just that, a short musical vignette with a nervous rhythm set up by the drummer as Malaby roars on tenor.  The title track has an opening melody painted by the cello and drums. When the bass and tenor sax enter, the bass holds down the bottom while Malaby joins the cello in the melodic theme.  They then solo at the same time, wrapping their lines around each other as the rhythm section pushes them forward.  The sound reminds me of Julius Hemphill's Trio with cellist Abdul Wadud and Famadou Don Moye.

The blend of sounds throughout the program is impressive.  "Sketch #20/22" starts with the cello watching the range and notes of the soprano saxophone then allowing him to go out by himself.  As the piece progresses, they move away and into each other, sometimes the same note, sometimes harmony, other times counterpoint. After a short section of silence, both Clutton and Downing bow furiously while Fraser plays percussive fragments.  Then, the cellist plays fiery pizzicato in conversation with the drums. Malaby and Clutton enter the mix and the piece immediately picks up in intensity, a four-way conversation that explodes out of the speakers as the music reaches its powerful climax, finishing on squealing cello and sax.

"Starer" is a great introduction to the work of drummer and composer Nick Fraser. His music is filled with surprises, with wonderful group interactions and impressive solo work by each member of the Quartet. The music reflects the experiments of the late 1960s and 1970s, reminding this listener of the virility and honesty of the music created by people such as Oliver Lake, Anthony Braxton, Mr. Hemphill and others.  Listen closely, the rewards are numerous.

For more information, go to www.nickfraserthedrummer.com.