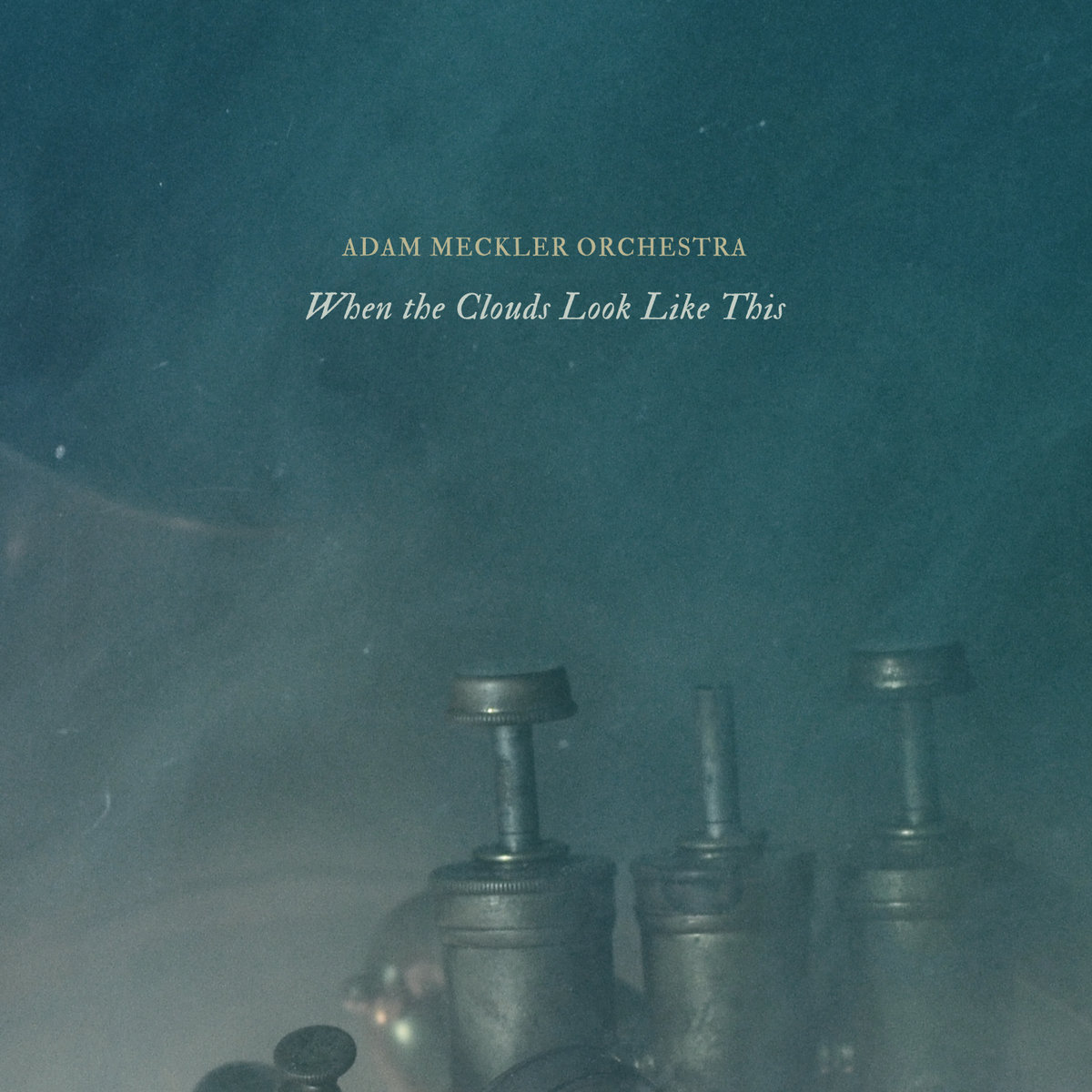 I imagine that reviewers like surprises as much as the next person - one gets dozens of CDs or mp3s a month and the job is to be as fair as one can be.  Every once in a while, a batch of CDs arrive featuring musicians one does not remember hearing of or reading about and the music stands out. Two such examples of happy surprises are found in this post.

Adam Meckler, trumpeter, composer and resident of St. Paul, Minnesota, has just issued the debut CD of his Orchestra; "When The Clouds Look Like This" (Meckler House Music) features his 18-piece ensemble on 6 originals - I do not recognize any of the names of the musicians but they did not stop from really enjoying this music.  Several of the tracks - in particular "Sparkly Eyes" and "Open Your Eyes" - have the feel of the music created by the team of Gamble & Huff in Philadelphia in the the 1970s as well as Philly favorite Thom Bell. The songs have singable melodies and rhythms one can dance to yet the arrangements are smart and the solos short and sweet.  The section work is what stands out, the way Meckler arranges the brass to support or echo the reeds, how the solos rise out of the swirling lines and the fine rhythm section.  The opening track, "Busta Jones" (presumably dedicated to the funk bassist), opens with drummer Adrian Suarez playing simple pattern for nearly 2 minutes before the brass butt in. While the music does not reach the rhythmic drive that Mr. Jones was noted for, there is a splendid piano solo (Joe Strachan) plus a fluid trombone spotlight (Nick Syman).

Guest Jana Nyberg (Meckler writes, arranges and plays with her band and is her husband) adds voice and flute to the whimsical title track (which also features wordless vocals by trumpeter Cameron Kinghorn, a good name for a brass player.)  This is the one time on the CD that one can hear the influence of another Minnesota composer/band leader, Maria Schneider. There is a long rubato section that features different instruments and the voices that leads to a full-blown climax. It's a work evocative of a late summer evening but, unlike the rest of the pieces, the music actually loses its way.  That said, it's fun to hear how the composer/arranger gets the music back on track.

By the time you reach the final track, "Beautiful Beatrice", you'll be seduced by the generous quality of the music. It swings, bounces at times, more akin to the jazz-rock of Al Kooper's Blood, Sweat & Tears and the hard-edged swing of the Thad Jones & Mel Lewis Orchestra. Best of all, this music is fun. "When The Clouds Look Like This" is an auspicious debut for the Adam Meckler Orchestra (Meckler has released 1 small group CD as well) - let's hope we get to hear much more music from the aggregation. For more information, go to www.adammeckler.com.

Here's one of the tracks for your enjoyment: 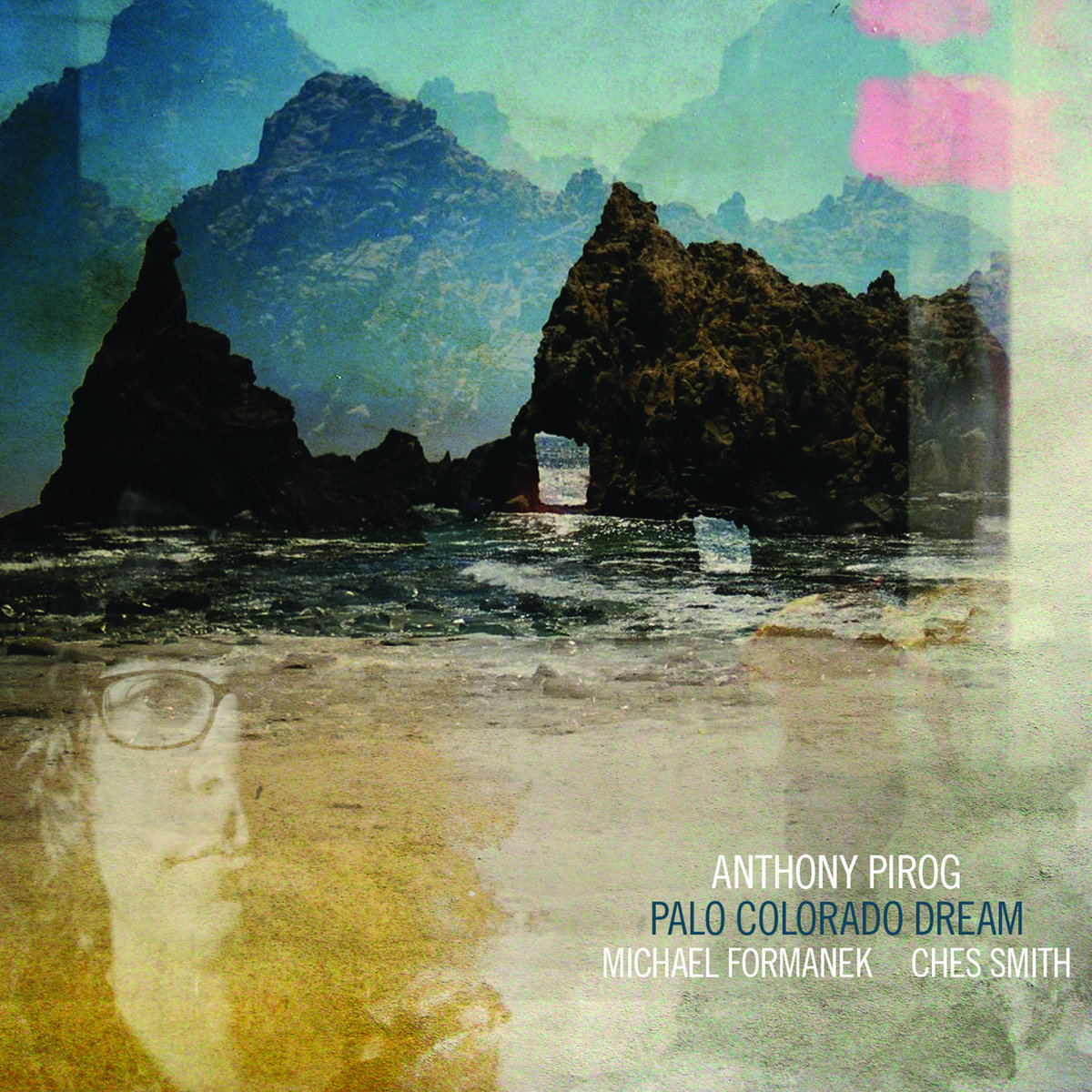 The rhythm section that works with guitarist and composer Anthony Pirog on "Palo Colorado Dream", the young man's debut on Cuneiform Records, is only one of the impressive aspects of this recording.  Anytime you get the opportunity to work with bassist Michael Formanek and drummer Ches Smith, you know as a composer and performer, their support will always be there, and creative sparks will certainly fly. What also stands out is that many of the pieces have sturdy melodies that capture one's attention.

The "spaciness" of the unaccompanied yet overdubbed title track (which opens the album) will remind some of the work of Bill Frisell. Smith thumps his way through "Motian" (also shadowing the guitar with his vibraphone), taking the first solo - the bassist gets the second solo and his thick lines reverberate through the speakers.  Pirog's short unaccompanied solo is filled with whirring noises and various effects.  Veteran Formanek manages to hold his own in the mix, his circular phrases pulsating up through crashing cymbals and roar of Pirog's electric guitar on "Song In 5", a tune that shows the influence of Marc Ribot.  One might immediately expect pyrotechnics on a piece titled "The New Electric";  instead, the piece is a handsome ballad that slowly builds to a fiery crescendo, the repetitive lines creating a trance-like atmosphere before the guitarist's solo forces its way through the wall-of-sound created by the rhythm section and overdubbed "loops" plus programmed electronics. "I'm Not Coming Home" is also a ballad, this time with the leader on classical guitars, Smith using brushes and Fromanek offering counterpoint to the finely-spun melody lines.

Anthony Pirog can make his guitars bellow or whisper. He composes pieces that start moving in one direction then veer off their path towards a different destination.  He understands the strengths of Michael Formanek and Ches Smith, letting them loose when the music calls for it (the closing track, "Vicious Cricket", is a great example of how freely the rhythm section can move in Pirog's structure).   In case you wondered, "Palo Colorado" is in the Big Sur area of California. Pirog, who studied at the Berklee School in Boston and NYU, lived in the region when he was a boy but grew up outside of Washington, D.C.  His "Dream" is worth exploring.  For more information, go to www.anthonypirog.com.

Here's one track from the CD: