The Uncertainty Music Series rolls right along with a triple bill this Wednesday (7/18) at 9 p.m. in the Elm Bar, 372 Elm Street in New Haven.  Headlining the show is baritone saxophonist Jonah Parzen-Johnson - he's on tour to promote "Michiana" (Primary Records), 11 solo tracks that cover much aural territory for an instrument most people think is often relegated to the bolstering the bottom of a big band.  But, Parzen-Johnson is another innovator for the instrument, a group that stretches back to Harry Carney (in the Ellington Orchestra) to Gerry Mulligan to Hamiet Bluiett (of the World Saxophone Quartet) to Colin Stetson.  The saxophonist grew up in Chicago and, during his high school years, studied with Mwata Bowden and Matana Roberts, both associated with the AACM (Association for the Advancement of Creative Musicians.)  Since moving to Brooklyn, he has worked in numerous ensembles such as Zongo Junction, Reed's Bass Drum, the Steve Newcomb Orchestra and others.

Opening the show at the Elm Bar will be solo sets by Valerie Keuhne (cello, voice) and Joey Molinaro (solo grindcore violin).  For ticket information and links to the artists' websites, go to uncertaintymusic.com. 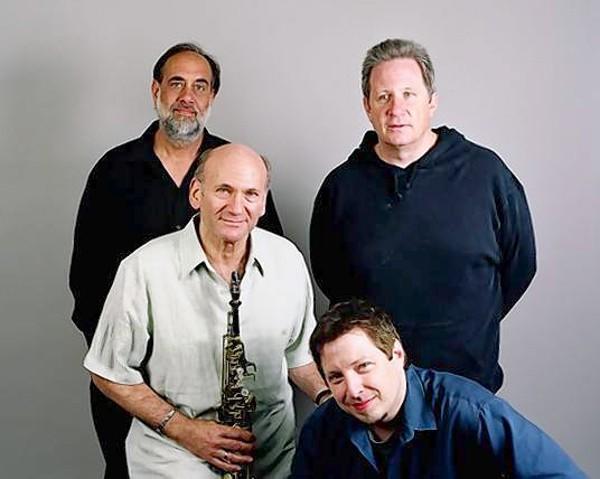 Saxophonist-composer-educator Dave Liebman brings his Quartet to Middletown and Crowell Concert Hall on Thursday July 19 for an 8 p.m. show.  Liebman, a native of Brooklyn, New York, first came to critical notice as a member of the jazz-rock aggregation 10 Wheel Drive but it was his work in the late 1960s with drummer Elvin Jones group that caught the ear of Miles Davis.  Liebman worked with Miles for 4 years, recording and touring, before starting the Open Sky Trio and then Lookout Farm. Since the late 1970s, Dave Liebman has worked steadily on both sides of the Atlantic Ocean as well being involved in music education, most recently on the faculty of the Manhattan School of Music.  Liebman was also named an NEA Jazz Master in 2011, a richly deserved award.

In 1991, Liebman formed his Quartet featuring Vic Juris (guitar), Tony Marino (bass) and Marko Marcinko (drums - he joined in 2002).  In their 2+ decades together, they have recorded a dozen CDs with material ranging from all originals to the music of Ornetter Coleman to Puccini arias.  One never knows what to expect except the playing will be strong (Liebman plays both tenor and soprano saxophones) and the material stimulating. To learn more about the fascinating career and work of Dave Liebman, go to www.daveliebman.com.  Crowell Hall is located on Wyllys Avenue in the heart of the Wesleyan University campus.  For tickets, go to www.wesleyan.edu/cfa or call 860-685-3355.

Guitarist Vic Juris will be back in Middletown on Saturday night July 21 to play a duo concert at The Buttonwood Tree with fellow guitarist Sheryl Bailey  - more about that gig in my next posting.
Posted by Richard B. Kamins at 7:41 PM