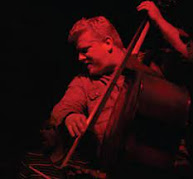 Like many top-notch bass players, Chicago-based Clark Sommers is often first-call.  He has done numerous tours with vocalist Kurt Elling, with pianist Darrell Grant, the late tenor sax giant Von Freeman, vocalist Jeff Baker, the Chicago Symphony Orchestra, the 13-member Chicago Yestet, and guitarist Bobby Bloom (plus many others). For the past decade, the bassist has led the Ba(SH) Trio with saxophonist Geof Bradfield (tenor and soprano saxes plus bass clarinet) and drummer Dana Hall. That group has issued two excellent albums and Sommers' two compatriots are the foundation of the latest version of his Lens quintet. Sommers and Bradfield, along with drummer Kendrick Scott, guitarist Jeff Parker, and pianist/ organist Gary Versace released its first album, the self-titled "Lens", on eyes&ears Records in 2017. The quintet's second album, "Intertwine", is now out on Outside In Music now featuring guitarist Matt Gold, tenor saxophonist Chris Madsen, and drummer Hall. 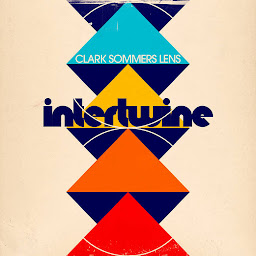 Replacing the keyboards with the guitar acts to "open up" the sound of the quintet. The new album, which clocks in at nearly 74 minutes, never feels over-stuffed or sounds dull––instead, Sommers has composed music with strong melodies that gives the ensemble plenty of room to create cogent solos and for Hall to experiment underneath the solid foundations the leaders creates.  "Also Tomorrow" opens the 12-song program, the two tenor saxes combining to present the melody while the drums and bass play a skipping rhythm.  "James Marshall" follows and the title is a reference to James Marshall "Jimi" Hendrix. You can hear the influence of the great guitarist in the structure of the song but Gold's solo certainly goes its own original way. There's a bluesy solo from Bradfield and exciting statement from Madsen that leads the piece to its powerful close. 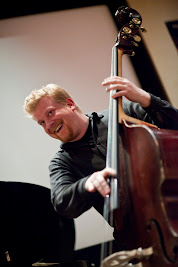 Sommers the composer keeps one guessing as to what direction the next track are going to take.. There's the swinging hard-bop of "Second Guess", the lovely and mysterious modalities of "Ancient Voice" (where Bradfield's bass clarinet blends nicely with Madsen's tenor sax), the bluesy funk of "Weeks and Weeks" (where the handsome melody runs counter to the down-home feel of the rhythm section) which leads into "Invisible Arrow" that again has the open play feel of the earlier tracks.
The up-tempo title tracks closes the program. Again, it's the skipping quality of the drums that gives the handsome melody the room to move and expand. The blend of soprano and tenor over Gold's rippling guitar lines is so attractive. The track also features a melodically rich solo from the leader and rousing call and response by the saxes that leads the piece and album to a gentle finish.
"Intertwine", for this listener, is an album that I start at the beginning, go to the end and start all over again. The bountiful melodies and rhythms wash through the room and, in the long run, are greatly rewarding.  Clark Sommers Lens is an ensemble that begs to be seen live so it can work its musical magic on an attentive and appreciative audience. In the meantime, this album is a true treat!
To find out more, go to www.clarksommers.com. 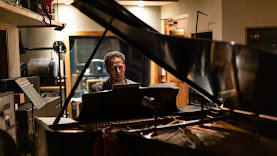 Most modern music fans know Elan Mehler as co-producer and Artistic Director of Newvelle Records, the label that has been producing ultra-high quality vinyl albums in a subscription series since 2016.  There's much more than music––each package features impressive art work, informative liner notes, and more.  Most people don't know that Mehler is a fine pianist––the fifth" season featured Mehler in a musical conversation with trumpeter Dave Douglas and, in 2020, his duo album with vocalist Becca Stevens was issued as a "digital-only" release. 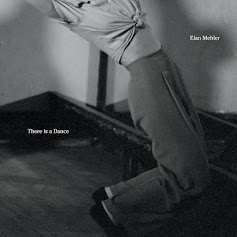 This month, Newvelle issues a new quartet of albums under the name of "The Renewal Collection". Subscribers purchase four vinyl albums including new work from Mehler, saxophonist Michael Blake, saxophonist Dave Liebman, and trumpeter/ flugelhornist Nadje Noordhuis.  All four will be issued digitally one month at a time. The impetus for this collection is how music was able to soothe so many souls during the worst months of the Pandemic.  "There Is a Dance" finds Mehler in a trio conversation with acoustic bassist Tony Scherr and drummer Francisco Mela––if you love piano trios, this is worth your time.  While most people will point to Bill Evans or Keith Jarrett or Bud Powell as the most influential piano trios, this 13-song (the digital release has two more tracks than the vinyl) reminds this listener of the cooperative trio of Geri Allen, Charlie Haden, and Paul Motian that recorded for Soul Note and DIW (Japan) in the late 1980s and 1990s. 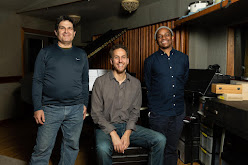 In his liner notes, the pianist writes that "I’ve spent my whole life with this music – listening to this music – practicing this music – relying on this music – struggling with this music – and – when it’s good – welcoming this music’s arrival from the quietest place in my heart." (There's much more to understand about this recording in the notes).  The music ranges from the sweet blues of "East Side Blues" to deep introspection of the title track to lovely gospel sounds of "When You Were Blind" to the Frank Kimbrough influence that permeates "The Shakes" to the lyrical "We Spin" to the Erik Satie gentleness of "Ruby D."  Scherr and Mela are the perfect partners––while neither solos, they listen intently to the pianist either following as Mehler moves through his solos or gently prodding him or just quietly interacting.  One of the aspects of this music that stands out is how articulate and musical Elan Mehler is.
What might happen to the active listener as he or she goes deeper into "There Is a Dance" is that a sense of calm should spread through the body.  This music is not about technique, about swing, or volume; inevitably, it's about healing, about acceptance, about moving forward into a better state of being.  Power need not be about pushing someone away until they push back; it can also be about pulling one into a hug and giving thanks for being alive.  Elan Mehler may have struggled to bring this music to life but the results are life-affirming.
For more information, go to www.newvelle-records.com/products/the-renewal-collection.  If you would rather the digital release, go to https://newvellerecords.bandcamp.com/album/there-is-a-dance.
Enjoy the gospel-blues of "When You Were Blind":
Posted by Richard B. Kamins at 5:52 PM