Charles Mingus at 100: Just as Contemporary, Just as Meaningful

Plenty of attention being paid to bassist, composer, activist, author, and bandleader Charles Mingus (1922-1979) in this year, the 100th anniversary of his birth.  Those of us who followed Mingus when he was alive knew how important he was as a link from the bebop generation  to the new Black Music of the late 1960s and into the 1970s. If you listen closely to the music of The Art Ensemble of Chicago, Dave Holland, Vijay Iyer, Tyshawn Sorey, Dave Douglas, you can, at times, hear the Mingusian approach. 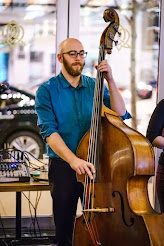 Into the mix steps bassist Ethan Philion.  The Chicago-based musician has made a name for himself working alongside saxophonist Greg Ward, violinist Mark Feldman, saxophonists Gary Bartz and Ernest Dawkins plus many others. He was chosen in 2015 to take part in the Betty Carter Jazz Residency at Lincoln Center where he worked/studied with pianist Jason Moran, bassist Eric Revis, vocalist Carmen Lundy, saxophonist JD Allen, and others. Currently, Philion leads three ensembles including a piano trio, a piano-less quartet, and a 10-piece ensemble dubbed Meditations on Mingus––it's that last group whose new recording, released August 26 on Sunnyside Records, that we're concerned with in this post. Arranged and produced by the bassist, "Meditations on Mingus" features Russ Johnson and Victor Garcia (trumpets), Rajiv Halim, Geof Bradfield, and Max Bessessen (saxes, bass clarinet, flutes), Norman Palm and Brendan Whalen (trombones), Alex Lombre (piano) and Dana Hall (drums). 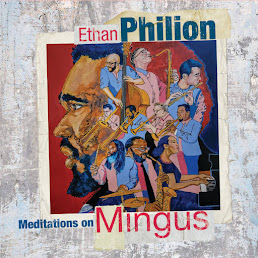 The eight-song, 76-minute, program features pieces Mingus fans will recognize plus a few surprises.  The album opens with "Once Upon a Times, There was a Holding Corporation called Old America" which was composed for "Mingus at Monterey 1965" but not heard until a 1966 live recording at UCLA.  It's an episodic adventure that plays to the strengths of both the collective and individual soloists. "Meditation for a Pair of Wirecutters" also showed up in 1966 ––at 15:11, it's the longest track on the disk and, as most of these pieces, goes in several directions, from a piano solo over arco bass to a lovely bass clarinet solo (Bradfield) over shifting rhythms to powerful ensemble work.  Philion's arrangement allows all the instruments to be heard even when the music gets cluttered. Hall's drum playing is exemplary throughout but especially on "...Wirecutters". 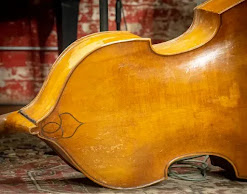 Longtime favorites such as "Haitian Fight Song" and the rip-roaring "Better Get It In Your Soul" sparkle with splendid playing, the ensemble joyously dancing through the melodies before the solos.  The former track opens with a powerful bass statement leading into the familiar intro before melody comes rolling in. The buildup to the full ensemble is great fun with trumpets blaring, bluesy trombones, and thick piano chords. Powerful solos from Palm (trombone), pianist Lombre, and the leader stand out. "Better Get It...", with its delectable soul-gospel melody, features fire in the rhythm section, delightful "shouts" from the brass and reeds during the piano solo, a powerful alto sax solo (Bessessen), and a "stomping" drum spot for Hall. The music is so infectious you'll want to press "repeat"! Dig the coda!! 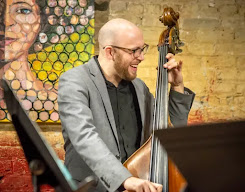 There's a lovely take of "Self-Portrait in Three Colors" with a long and powerful trumpet solo from Johnson over different ensemble backgrounds. Also, check out the bluesy, playful "Prayer for Passive Resistance" with a smashing alto solo from Rajiv Halim.  "Remember Rockefeller at Attica" from 1975's "Changes One" gets a sparkling arrangement (with a little hint of "Fables of Faubus" thrown in to enforce the fact how stupid Governors can be)––the pace is powerful led by the throbbing bass and dancing drums.
Thanks to Ethan Philion and to "Meditations on Mingus" for reminding us that there are many ways to interpret the music of a Master and how rewarding it can be to dive right in. Play it loud!
For more information, go to https://ethanphilion.com/. To preorder the album, go to  https://sunnysiderecords.bandcamp.com/album/meditations-on-mingus-2.
Here's the band in action on "Haitian Fight Song":
Posted by Richard B. Kamins at 4:34 PM