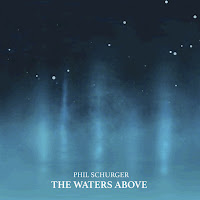 Truth be told, nothing thrills this writer than receiving albums by artists whose music i have never heard and being very impressed by their efforts.  Guitarist and composer Phil Schurger, a native of Indiana (now living in Fort Wayne), has just issued "The Waters Above", his second album in 12 months for the Chicago-based Ears & Eyes label.  The recording features his regular band including alto saxophonist Greg Ward (vying for the 2018 Most Valuable Player as he had appeared on a series of albums this year), bassist Jeff Greene, and drummer Clif Wallace.  The group has been together since 2012, working on a collection of Schurger originals he composed from 2006-2011. 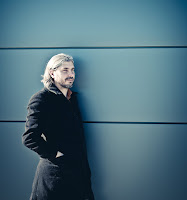 Upon initial listens, I heard shades of John Abercrombie and Pat Metheny in the leader's guitar tone as well as his long-form compositions (two of the six track are under 10 minutes).  There is an airiness to the group's sound and an intensity to the performances.  The warmth of Ward's alto is a fine complement to the clear electric guitar tones.  Greene and Wallace provide splendid support with both pushing the rhythms forward (listen to the bassist's melodic lines beneath the solos and how the cymbals splash all around).  Schurger's favorite guitarist is the late Jerry Garcia and, if you listen closely on pieces such as "Motion" and "Scorpio", you might hear that influence on some of his phrases.  Do pay attention to how Ward plays with such intensity yet never goes "out" or plays long stretches in the alto's higher ranges.

Several of the songs have a meditative quality (the guitarist has written about how certain forms of meditation aid in his compositional process - read here) and rest easily in the ears and mind.  "Anikulapo" moves forward on the rolling rhythms from the bass and drums, the melody lines expanding as the song goes from section to section.  I could listen to "Inclusion", with its melody of longer notes over gentle rhythms, guitar chords, and thick bass tones, on an endless loop and hear something new each time.  Ward's elegant sounds wrap one in a protective blanket and keeps your mind safe from daily distractions.

There is so much to enjoy on  "The Waters Above", just don't expect an elongated "blowing" session.  The music, the quartet, the composer want you to enter a different soundscape if you are willing to explore.  If you are, Phil Schurger and his music will reward you generously.

For more information, go to www.philschurger.com. 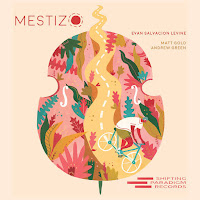 Bassist and composer Evan Salvacion Levine, a native of New Jersey and now a resident of Chicago, issues his second album as leader this month.  "Mestizo" (Shifting Paradigm Records) moves away from the piano trio of his 2016 debut "Unsolvable Problem" (although three tracks on that disk employed a guitarist) to a trio where the bassist enjoys the company of guitarist Matt Gold (SUN SPEAK, Makaya McCraven) and drummer Andrew Green (Twin Talk).  Levine creates a program that blurs the lines between folk, jazz, blues, world, and rock musics, and that posits the the guitarist and drummer as equal members of the trio and not just the supporting cast. 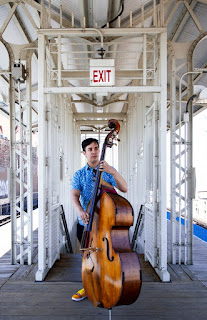 The title refers to Levine's heritage as the son of a Filipino another and Father of mixed Irish and Russian descent. Nowadays, the meaning in much of the United States is of mixed Spanish and American Indian. This music does not really have a political agenda per se (only what you wish to read into the title and a tune named "Opposing Forces").  Instead what you hear plus you in on the strength of the fine melodies and musical interactions.  Green is a powerful drummer with the ability to create dancing rhythms ("Highways") and kick-butt beats that roar out of the speakers ("Center of Gravity"). That latter tune finds Levine on electric bass where his thick sound and melodic lies benefit from the foundation the drummer creates.  Also on that tune, Gold lays down a percussive line (along with the bassist) for Green create a forceful solo. Note how the piece shifts gears and volume levels several times in its 7:40 run.  The title tune opens on a quieter note until the bass and drummer kick the piece in the direction of a serious groove.  The guitarist holds back but soon is drawn into the    rhythmic adventure.  "Little Shells" finds Green using his hands to create the rhythms in the opening section of the tune (and adding rattles in the background).  While the leader plays a sweet circular bass line, Green begins to prod the piece forward and Gold plays a lively melodic solo.  The sound of the song may remind some of bassist Marc Johnson's Bass Desires - no matter what, it's a delightful summer groove.

There is a mature beauty to "The Best Things Never Change", the melody expressed by the guitarist while the bassist plays the counterpoint and the drummer keeps a quiet rhythm on his high-hat.   Levine solos first - he's an articulate player and, if you listen closely, you'll hear how the drummer plays along.  The trio interaction is so impressive on this ballad, the music moves forward so easily as if the trio was breathing as one. The drum solo near the finish raises the heat level as if the trio was about to move into another song but does not obliterate the gentle mood.

I do enjoy the sounds of guitar-bass-drums trio: whether it be the overwhelming attack of Cream or the subtle approach of Jim Hall, the combination is one with so many possibilities. Evan Salvacion Levine makes music that makes us listen with expanded ears, with open minds, and one imagines it's great to hear the trio live in a club setting.  The word "Mestizo" refers to a mixture: the album "Mestizo" does just that, mixes influences and goes in many delightful directions.

For more information, go to www.evanlevinemusic.com.

The album will be released on October 5th - look for it by going to shiftingparadigmrecords.bandcamp.com/album/mestizo.

Here's a quick teaser for the album: