That's Noah Baerman in that "serious" pose on the left.  That makes sense as he is serious about his music, about his teaching, and about the ability to reach people through music and have them lead positive lives.  To that end, Mr. Baerman has started a program at Russell Library in Middletown he calls "Jazz Up Close" - it's a concert but the musicians talk to and with the audience, explaining what they are attempting to do with their music, why they do what they do and more.  Playing jazz is more than playing the notes; it's about teamwork, about communication, and about creativity (and much more). 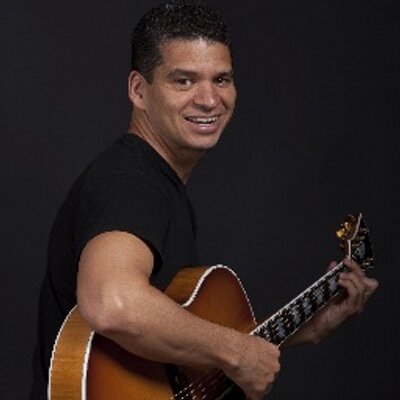 This Saturday at 2 p.m. (March 28), the 2015 season of "Jazz Up Close" commences with Mr. B (piano) leading at quartet with with bassist Henry Lugo, drummer Willard Dyson and special guest, guitarist Freddie Bryant (pictured left). Besides his busy solo career, Mr. Bryant has worked with the great vocalist Salif Keita, trumpeter Tom Harrell and the Mingus Big Band. He and drummer Dyson have worked together on a number of occasions as well as recording together on 2 of his 7 CDs.  His latest, "Dreamscapes: Solo, Duo & Trio" (self-released), was issued in 2014 and features saxophonist Chris Potter and bassist Scott Colley.

Bassist/composer Kyle Eastwood and his "American Quintet" - pianist Richard Germanson, trumpeter Alex Norris, saxophonist Jason Rigby and drummer Joe Strasser - are spending the coming weekend in Old Lyme.  They will be the guests of Jan and Ken down at The Side Door Jazz Club. They'll also play 2 sets on Friday and Saturday, probably featuring the majority of pieces from Mr. Eastwood's 7th release as a leader, "Timepieces", released earlier this month on the Jazz Village?Harmonia Mundi label. He's an accomplished musician, composer and arranger, having scored films for both his father Clint and his sister Alison. He's got a crackerjack band of musicians and they play jazz with roots in the 1950s and 60s as well as more contemporary music.  To find out more, go to www.kyleeastwood.com.

For its second presentation of the 2015 Spring Concert Series, Firehouse 12, 45 Crown Street in New Haven, welcomes the electrifying trio of Paul Flaherty (alto saxophone), Chris Corsano (drums) and Steve Baczkowski (soprano, alto, baritone saxophones, miscellaneous reeds) for an evening of improvisations.  Mr. Flaherty, a native of Hartford, has been in the forefront of high-energy "free improvisation" since the late 1970s while drummer Corsano, who has played in numerous ensembles plus did 2 tours with Bjork, began his association with the saxophonist in 1998.  Baczkowski, who resides in Buffalo, NY, is a new addition to the ensemble. 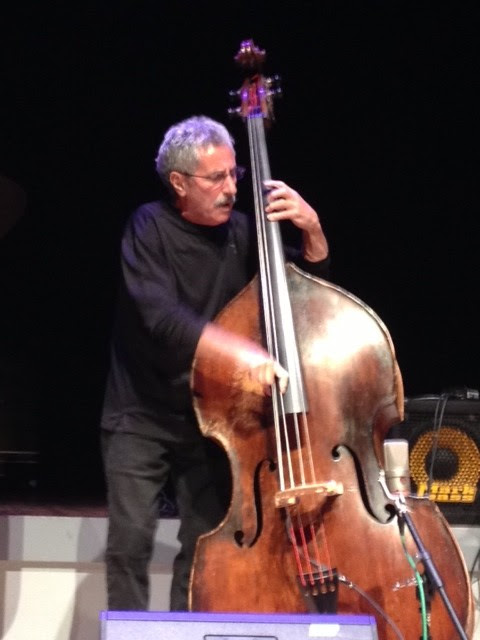 The Uncertainty Music Series presents its 2nd concert in 5 days, this time featuring the Mario Pavone Quintet plus a solo set by trombonist Dan Blacksberg.   It's the first show at a new location, G Cafe, 14 Orange Street in New Haven.  Blacksberg, who is active in the worlds improvisational jazz, modern classical music and klezmer music, has worked with guitarist/bassist Joe Morris, pianist Danilo Perez and Professor Anthony Braxton's Tri-Centric Orchestra.  He has an amazing range, an exciting sound and a great sense of creativity in his playing.

Mario Pavone needs no introduction to readers of this blog. The bassist has been an important member of the creative music scene for over 4 decades, continuing to grow as a musician and composer.  For this show, he brings a group that includes Peter McEachern (trombone), Gary Buttery (tuba), Adam Matlock (accordion) and series curator/bassist Carl Testa. Chances are good the Quintet will play music from Mr. Pavone's latest Playscape release, "Street Songs", a collection of songs that relate back to the bassist's youth in Waterbury, CT (both Matlock and Testa are on that recording).

The music starts at 3 p.m. For more information, go to uncertaintymusic.com.