The Buttonwood's January of Jazz

As the New Year begins, The Buttonwood Tree celebrates its 24th Birthday.  The brainchild of poet Susan Allison and her husband Stephan (an arts maven and believer in the power of art),The Buttonwood has played host to concerts from myriad musical styles, plays, poetry readings, belly dancing workshops, yoga workshops and other types of performance art as well as being a gallery for the visual arts and a bookstore.  Plus, it's a gathering place, working with children in the summertime as well as having programs for adults.

For old fogies, such as myself, it's a great place to hear live music. I have seen and heard numerous musicians from around the world playing (literally) in my living room.  For several years after coming to Wesleyan, Professor Anthony Braxton would workshop material in the performance space.  David Chevan and Warren Byrd utilized the space to kickstart the Afro-Semitic Experience and I've watched Noah Baerman grow as a performer and composer in that very room.

So, I am so pleased to see the schedule in January includes a goodly number of jazz concerts.  This Saturday (January 5), tenor saxophonist Russ Nolan (pictured above) brings his Organ Trio to The Buttonwood for an 8 p.m. show. Nolan just issued his third CD as a leader, "Tell Me" (Rhinoceruss Music), and will be bringing 2 of the musicians on the disk with him, organist Art Hirahara and drummer Brian Fishler. Inspired by his great love of salsa dancing, the recording has several Latin-influenced tunes (including a splendid version of Stevie Wonder's "Creepin') but, in his liner notes, Nolan writes "..this is anything but a dance record." Yet, it is hard to keep one's feet from tapping on a majority of tracks.  There are also intelligent arrangements of Lennon-McCartney's "Nowhere Man" and Michael Jackson's "Man in the Mirror" (composed by Siedah Garrett and Glen Ballard.) Nolan's warm tenor sound, his enjoyment for playing and the excellent rhythm section will warm those who come see the Trio play. 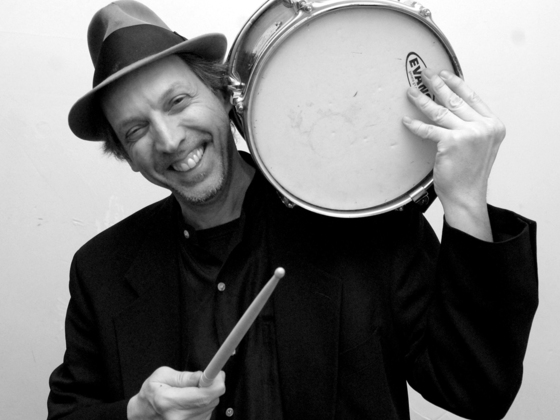 The following Friday (January 11), drummer/composer George Schuller (he of the ubiquitous chapeaux and constant smile) returns to Middletown with his Trio, this time composed of Frank Kimbrough (piano) and Matt Pavolka (bass).  Mr. Schuller's list of accomplishments since he turned professionally 3 decades is mighty astounding, including gigs with saxophonist Joe Lovano, pianist Myra Melford, bassists Mario Pavone and Joe Fonda, guitarist Michael Musillami and a slew of others as well as producing numerous recordings and leading his own bands. He is a sensitive and adventurous composer and an accomplished percussionist.  Frank Kimbrough leads his own Trio and is, honestly, one of my favorite musicians - he works with the Maria Schneider Orchestra, vocalist Kendra Shank, is an original  member of the Jazz Composers Collective (having just celebrated its 20th anniversary) and teaches at the Juilliard School in New York City.  Matt Pavolka is a busy musician, working with numerous ensembles (including his vocalist wife Akiko's band) and leading his own Horns band.

All told, should be another fine evening of exploratory music - the music starts at 8 p.m. 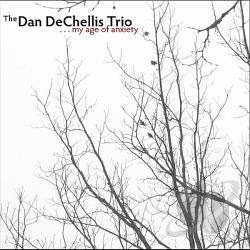 The very next night at 8 p.m., the Dan DeChellis Trio plays an evening of original music.  Mr. DeChellis has just issued his 10th CD as a leader, "The Age of Anxiety", and will be bring bassist Mitch Shelley and drummer Zack Martin with him to Middletown to play those tunes and more. He's a fine improviser and composer, writing songs that, at times, have more structure and depth than one might expect from a Piano trio.  The interplay of the musicians is very important, how they listen to each other, pushing, prodding and moving the music forward.