The Fabian Almazan Trio - pianist Almazan, bassist Linda Oh and drummer Kendrick Scott - opened the Fall 2011 Concert Series last Friday night at Firehouse 12 with grace, style and fire.  From the opening piano notes to the "danzon" that closed both sets, the night was alive with melody and percussive intensity.  Scott, who has worked with the pianist in Terence Blanchard's band, is not on Almazan's scintillating new release, "Personalities" (Henry Cole is on the trap set), really dug into the music, pushing, prodding, driving and shining throughout the evening.  Ms. Oh is a bassist who not only underpins the music but also is a fine melodic soloist.  Her work in the second set was quite impressive, with solos that emphasized rhythmic as well as thematic possibilities.  As for Almazan, he is another one of the fine young pianists who already has his own style (Dan Tepfer, Jeremy Siskind, Gerald Clayton and Gwilym Simcock also come to mind) - there is a foundation of classical music in his approach to melody and his solos eschewed cliches.  After the second set, the pianist praised the piano and the room for helping to make his music shine.  If you get the opportunity to hear Fabian Almazan in person, do not pass it up - he makes wondrous music.

"Leapfrog" is the name of the sweet new Sunnyside CD from pianist/composer Armen Donelian and he's bringing the ensemble from the recording to play this Friday evening at Firehouse 12.  It's the same group that appeared with Donelian in April of 2010 at the Firehouse - they returned in July and October of the same year to to record the 8 tracks on the CD.  Driving the group is recent Wesleyan graduate Tyshawn Sorey (drums) ably abetted by the rock-solid bass work of Dean Johnson.  On the front line with the pianist is saxophonist Marc Mommaas and guitarist Mike Moreno.  Donelian provides the band with a number of adventurous as well as melodically rich pieces, ranging from the bluesy "Smoke" to the hard-edged "Rage" to the seductive "Mexico."  Sorey, who has powered the trio Fieldwork and Steve Coleman's group, shines throughout the program - Donelian, in his 4th decade as a professional musician, creates music that has myriad influences yet sounds fresh and refreshing.
The Group will play 2 sets, 8:30 and 10 p.m.  For more information, call 203-785-0468 or online at firehouse12.com. To find out more about the impressive career and music of the pianist, go to www.armenjazz.com. 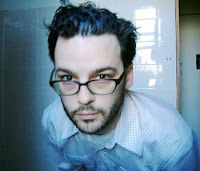 Saxophonist/composer Jeremy Udden, whose new CD "If the Past Seems So Bright" (Sunnyside) is a lovely and understated blend of Americana, "pop" music and jazz will be on a short tour this week (9/20 - 9/25) that will take him back home.  Udden is a native of Plainville, Massachusetts, who now lives in Brooklyn, NY but his music resonates with the feeling of small-town life. Many of the tunes on the new CD and his 2009 Fresh Sounds New Talent release that bears the name of his hometown, have rock-influenced beats yet also feature banjo and acoustic guitar.  The tour, with a band featuring guitarist Mike Baggetta, Randy Ingraham (Fender Rhodes), bassist Eivind Opsvik and RJ Miller (drums), starts at NUBLU (24 1st Avenue in New York City) then moves north to UMASS/Dartmouth (9/22), the Lilypad in Cambridge, MA, Dirty Truth in Northampton, MA, and ends in his hometown for a benefit concert on 9/25 for the Plainville Lion’s Club in the Plainville Town Park at noon. During the Massachusetts part of the short tour (funded by the Doris Duke Charitable Foundation and the Chamber Music America Endowment Fund), Udden will give workshops at his former elementary and high schools.  Sounds like fun for all involved - to find out more, go to www.jeremyudden.com. 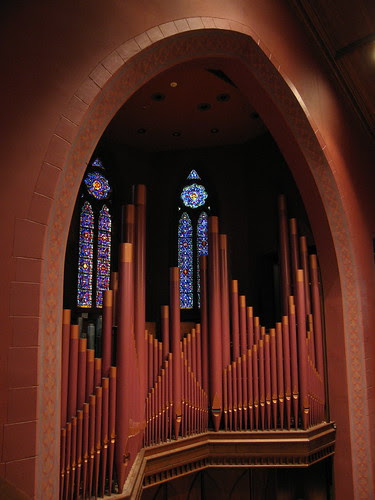 The Uncertainty Music Series, curated by multi-instrumentalist/composer Carl Testa, steps out of its home base of New Haven, CT, and heads up either Rte 91 or 17 to Middletown and Wesleyan University to use the lovely pipe organ (pictured left) housed in the school's Memorial Chapel (High Street) on Thursday September 22.  "The Musical Singularity: Music for Computer-controlled Pipe Organ" will feature new works by Forbes Graham, Ben Klein, Dean Rosenthal, Brian Parks, Michael Winter and Testa.  Each composer has created a new piece programmed so that he can sit in the audience (except for trumpeter Forbes Graham who will be on stage and programming the computer while playing his horn.)  The event, which begins at 8 p.m., is free and open to the public.  For more information, go to uncertaintymusic.com.

Recently, there have been (and will be) a slew of releases featuring or inspired by poetry - "Mobile" (Inner Circle Music), the new release by vocalist Sara Serpa, has songs that take their inspiration from the poetry, fiction or essays of writers such as Herman Melville, Homer, V.S. Naipaul, John Steinbeck, e.e. cummings and Herodotus.  Ms. Serpa, who composed all but one of the melodies, realized that her fascination with the stories she read was the fact they were based on the journeys of solitary travelers.  Ms. Serpa does not enter her musical sojourns alone - aiding her is Andre Matos (guitars), Kris Davis (piano, Fender Rhodes), Ben Street (bass) and Ted Poor (drums).  What the listener realizes after several times through the program is how much of a group effort this program. Whether it's the stunning acoustic guitar opening on "Pilgrimage to Armanath" or Ms. Davis's dizzying piano solo on "Ahab's Lament", this music draws one in.  Poor can kick hard when called for ("Gold Digging Ants") or be percussively "conversational" ("Ulysses's Costume") and his cymbal work is quite impressive.  Street is the "glue" on this music, working alongside Poor through all the changes while offering musical counterpoint now and then - "Sequoia Gigantis" is a good example of his fine playing.  Matos' shimmering electric guitar work on that track stands out as well.

Still, it is Sara Serpa's voice that haunts the listener long after the last notes fade.  Her "instrumental" work moves from scatting on several tracks to singing along with Matos' guitar ("Traveling with Kapuszinsky") to the multi-tracked chorus on cinematic "City of Light, City of Darkness" that closes the program. Her Portuguese is flawless on "Sem Razão" while "If" (a poem from cumming's first edition of poetry "Tulips & Chimneys") is dark and foreboding music leavened by Serpa's soft vocal.

"Mobile" moves the listener in many directions, whether it's the fine keyboard work of Kris Davis, Andre Matos strong guitar playing, or the active and reactive rhythm section of Ted Poor and Ben Street.  Sara Serpa's vision for the project is impressive - the creativity of her vocal work is yet another reason for one to explore this music time and again.  For more information, go to www.saraserpa.com.

Saxophonist Tineke Postma (alto and soprano) grows more mature and impressive with each recording.  "The Dawn of Light" (Challenge Records) is her 5th release in 8 years and features her working band.  Composed of Martijn Vink (drums, he appeared on her debut CD), Marc Van Roon (keyboards, synthesizer) and Frans Van Der Hoeven (acoustic bass), the bands wends its way through 10 tunes (6 by Ms. Postma, 2 by Van Roon, and 1 each by Thelonious Monk and Heitor Villa Lobos.)  Much of the music and some of Ms. Postma's saxophone work bears the influence of Wayne Shorter ("Falling Scales" with its various shifts in tempo and the evocative alto sax is an early example.)  Her soprano is earthy and seductive on "The Observer" then turns introspective for Van Roon's "Newland."  Esperanza Spaulding gets a vocal showcase on "Leave Me A Place Underground" (music by Ms. Postma, lyrics by Pablo Neruda) and her energetic scat singing sets the stage for a fine soprano solo.  Van Roon's acoustic work is lively and engaging while the rhythm section shines throughout.  Her alto work on the Villa Lobos piece that opens the CD, "Canção do Amor", shines with inventiveness, especially in the breathy and sprightly solo section.

"The Dawn of Light" is filled with sweet moments, songs with inventive solos and rhythmic excitement as well as melodies played with real emotion (not just someone going through the motions.)  Tineke Postma's music is well worth investigating.  For more information, go to www.tinekepostma.com.

Drummer/composer Jerry Granelli has released a slew of recordings in his long career but few as engaging  as "Let Go"  (Plunge Records). Featuring saxophonist Danny Oore and bassist/cellist Simon Fisk, the 9 tracks have an intimacy that belies the fact this is the first time the 3 men have recorded together.  There is a nakedness to the sound - the music rarely shouts - and Granelli is not the sort of player who feels the urge to be showy.  In some ways, he's like Paul Motian, not as spare perhaps but rarely intrusive.  Vocalist Mary Jane Lamond adds her voice to several tracks but it's Oore who is the main voice whose tenor, soprano and baritone saxophone work is quite impressive.  On "Leaving", his tenor rises over the funky drums and melodic bass lines while his breathy soprano swoops and swirls around the Bertolt Brecht-like "Dango."  Fisk's lively overdubbed cello lines create quite the rhythmic inspiration for Granelli on "Letter to Bjork."

The interplay throughout the CD is mighty impressive and one is attracted to the lack of clutter in this music.  Jerry Granelli and company enjoy their interactions and, if you like music that is intimate and entertaining, "Let Go" will please you.

To find out more, go to jerrygranelli.com.