Life has been a bit hectic around the old homestead lately plus I've preparing to teach 2 classes at Quinnipiac University for the Fall semester (which starts in 9 days.)  Though my reviewing time has been curtailed, I've been enjoying a slew of new releases.  Also, the Fall schedule for Firehouse 12 has just been published and it's chock-full of impressive shows.  I'll write about it tomorrow - tonight, we swing!

For his 3rd Posi-Tone release, tenor saxophonist/composer Sean Nowell headed over to Sweden to record "Stockholm Swingin'" live at the Glenn Miller Cafe.  Accompanying him on the journey was his New York City bandmate, drummer Joe Abba; despite the last name, he's not Swedish, but the rest of the quintet is.  Leo Lindberg (piano), Fredrik Olsson (guitar) and Lars Ekman (bass) join the American duo to create a pleasant program consisting of several standards, 2 originals by the team of Lindberg and Olsson (they co-lead a band), one each by Nowell and Abba plus a bluesy take on a traditional Swedish tune.

The disk opens with the easy loping rhythms of McCoy Tyner's "Blues On The Corner", a piece that showcases the smoky tones of Nowell's tenor, a sound that brings to mind Coleman Hawkins and Ben Webster. That tone is also evident on the lovely take of Billy Strayhorn's "Chelsea Bridge."  Nowell lets loose on "Ack Värmeland du Sköna", the traditional tune that a number of jazz musicians have recorded as "Dear Old Stockholm."  Abba and Ekman do a fine anchoring the rhythm section throughout the CD but especially on "Harlem Woman" (one of the Lindberg/Olsson tunes) and the drummer's funky "Walking the Path." For these ears, the highlight of the program is the fine take on Duke Ellington's "Amad" (from "The Far East Suite.")  The rhythm has the feel of a Randy Weston tune over which the tenor and guitar dance around each with abandon.  Gritty sounds but oh-so-fine!


"Stockholm Swingin'" satisfies on a number of level, especially in the way the quintet of musicians work together.  They sound like they're having great fun and, no matter the language, that translates into a fine listening experience.  For more information, go to www.seannowell.com.

Like Nowell, this is the third release on Posi-Tone for the duo of Ken Fowser (tenor saxophone) and Behn Gillece (vibraphone).  Aptly titled "Duotone", this is also their third release that features a different rhythm section. For this collection of 10 originals (all but 2 by Gillece), bassist David Wong, drummer Willie Jones III and pianist Donald Vega get to lay down the grooves.  In many ways, this music reminds of the Harold Land-Bobby Hutcherson group from the late 1960s into the 70s.  Nothing is forced, nothing phony, just smart melodies and chord patterns for the various soloists to play with.  Peruvian-born pianist Vega is solid throughout offering up excellent background and several fine solos, especially on "Attachment" when he starts way down on the left side and rambles up the keys. His rubato opening to "Spontaneity" with harp-like glissandos, sets the tone for the handsome piece.  The blend of piano and vibes do not always work but Vega and Gillece complement each other in so many ways.  Fowser's tenor is quite musical; his solos tend to be built off the melody lines and he never forces the pace. "One for G" is a perfect example of his bluesy style, reminiscent at times of Hank Mobley.   That does not mean the music is tame. The fire created by Wong and Jones III on the hardbop opener "Overcooked" and the hard-edged "Back to Back" is impressive; Gillece and Vega really dig deep and let loose on the latter track.

"Duotone" is pleasantly unpretentious music, truly joyous bop at its best.  Fowser and Gillece, as well as their excellent rhythm section, are always in sync - no one attempts to steal the spotlight.

Give a listen to the opening track and enjoy!
Overcooked (mp3)

May I also recommend a CD that's been sitting on the desk most of 2011 - "Christian X Variations" (Audial) is music that speaks out against discrimination against minorities with the title referring to Danish King Christian who fought to protect the Jews of Denmark from deportation by the Nazis in World War II.  The King purportedly told his subjects that should wear armbands with Jewish stars to throw off Nazi occupiers.  (Though the Danes did their utmost best to help their Jewish comrades, there's no physical evidence that the King ever wore an armband.)

No matter what happened, pianist/composer Moller's music is quite impressive.  3 of the 5 tracks are scored for jazz quartet and the Kirin Winds quintet while the remaining 2 feature the quartet of Moller, frequent collaborator Dick Oatts (saxophones), Josh GInsburg (bass) and Henry Cole (drums).  The 3 "Variations for Nonet" are extremely powerful, with Cole's dramatic drum work supporting the symphonic chords of the piano while the Wind quintet provide handsome background.  "Nonet I" features Oatts' excellent work on soprano, his rapid-fire lines flying above the thunderous percussion. Oatts moves to alto for "Nonet III", phrases scattering like leaves in a powerful wind.  Moller's McCoy Tyner-inspired chords give fine support on the 2 "Kvartet" pieces and his solo on "Kvartet 2" may remind some of Tyner's work from the 1970s.  Also impressive is the solid contribution from bassist Ginsburg (Metta Quintet, Eddie Henderson) - when he and Cole (the Puerto Rican-born drummer who powers Miguel Zenon's Quartet) lock into a groove, the music soars.

If music possessed the power to put an end to discrimination and class warfare, "Christian X Variations" would be in the front lines.  To find out more, go to sorenmoller.com. 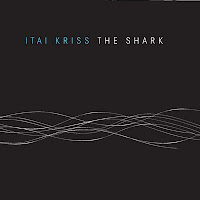 Israeli-born flautist Itai Kriss has recorded with trombonist Rafi Malkiel, drummer/composer Dan Aran and others (he recorded his first CD as a leader for the Israeli market in 2000) but "The Shark" (Avenue K Records) is his debut CD in the United States. Kriss has assembled quite a group including bassist Omar Avital, pianist Aaron Goldberg and drummer Eric McPherson with the trumpet of Avishai Cohen on 2 tracks and tenor saxophonist John Ellis on 1.

Kriss moves easily through several different genres on the program.  There is the Latin tinge and exciting rhythms of the title track (the only piece on the disk not composed by the flautist, being composed by Colombian-born pianist Jack Glottman) and the more stately Cuban feel of "Danzon no. 1".  Cohen's rambunctious trumpet work pushes Kriss to be a bit more adventurous, sonically speaking, on "Four by Four" while both get "down and dirty" (that is to say, funky) on the dub-inspired "Booty Call" that closes the CD (there are several jazzy phrases thrown into each verse to shake up the tune.) "Gypsy" starts as a ballad, with Goldberg supplying Beethoven-like melodic variations beneath the courtly flute  - yet, in the middle, Goldberg drops into a montuno for Kriss to dance above. Then, the rhythm picks up for Kriss's long ramble of a solo; soon, he and Goldberg "trade 4s" while McPherson and Avital truly push the pace.  Ellis shows up on "Kamuvan" (translated as "naturally" or "certainly" from the Hebrew), offering a boppish tenor sax solo before Kriss dons his Herbie Mann cap for a sweet turn.

"The Shark", as presented by Itai Kriss and cohorts, doesn't bite as much as it caresses the listener's ears. The musicianship is top-notch (Goldberg is such a fine accompanist), the compositions less so. Still in all, Kriss is an excellent flautist and shows much promise as a leader.  For more information, go to www.itaikriss.com.
Posted by Richard B. Kamins at 11:10 PM