Well, here's looking at you, Messrs Dan Fox, Liberty Ellman and Stephan Crump (from right to left).  Collectively, they are known as Rosetta Trio and they'll be performing this Friday (November 1) at Firehouse 12, 45 Crown Street in New Haven.

Formed in 2005 by bassist Crump (Vijay Iyer Trio, Jen Chapin's Group) to perform music composed in the aftermath of September 11, 2001, the ensemble sonically blends the sound of Fox's electric guitar with Ellman's acoustic guitar and the leader's acoustic bass.
While the music is often low in volume, there is an intensity to the performances and a forward motion that does not flag (even though there is not a drummer.) Crump can be a very rhythmic player and both guitarists take turns supplying the "beat." What there is an abundance of on the group's 3 CDs (the latest, "Thwirl"was issued earlier this month on Sunnyside Records) are well-constructed melodies, fine interplay and smart solos.  As the group has continued to work together (they also recorded with Crump's wife Jen Chapin), the line between composition and improvisation has become blurred and, to be honest, that should not make any difference in your enjoyment of this music.

Rosetta Trio plays 2 sets - 8:30 and 10 p.m. - and you can make reservations by going to firehouse12.com.  To learn more about the ensemble, go to stephancrump.com/projects/rosetta-trio/. 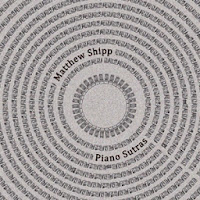 Over a career that now spans 3 decades, Matthew Shipp has played in numerous ensembles (most notably, the David. S. Ware Quartet and in various formations with Roscoe Mitchell and Rob Brown) while releasing over 40 recordings as a leader or co-leader.  He continues to mature as a composer and pianist, to make musical decisions that surprise both the long-time listener and newcomer.

"Piano Sutras" (Thirsty Ear) comes almost 4 years after his previous solo effort for the label "4 D".  With the exception of a short version of Wayne Shorter's "Nefertiti" (2:18) and an even shorter reading of John Coltrane's "Giant Steps" (1:11), Matthew Shipp composed the material.  The title track opens quietly but with a strong melody line moving the piece forward.  Some long-time Shipp listeners may be surprised by the bluesy turn of "Cosmic Shuffle" but the left hand, on several occasions, creates quite a "swing" rhythm.  The pianist has always created music that has intense chordal work - you can hear that on this recording as well - but here, he often goes on a melodic tear that pulls the listener along.  Shipp also employs silence or short, dramatic, pauses to great effect on pieces such as "Space Bubble" and "Cosmic Dust", the latter piece containing phrases that one feels as if he has heard on a Bud Powell piece but, no...these original songs are just that - original.  There's the sonic image of tolling bells that rise out of the forceful chords that one hears all through "Indivisible", the final track of the CD.

Sit down and listen to "Piano Sutras" from beginning to end.  All but 2 of the tracks are under 5 minutes yet the music does not sound rushed, forced or unfinished.  Instead, the music flows in its various streams, much like a river after a big rain, the movement on top changing course constantly while the undercurrents remain strong.  I have spoken to a number of musicians who say that there are  songs always running through their head; Matthew Shipp brings his interior soundtrack to the surface in such original and persuasive ways.  For more information, go to www.matthewshipp.com. 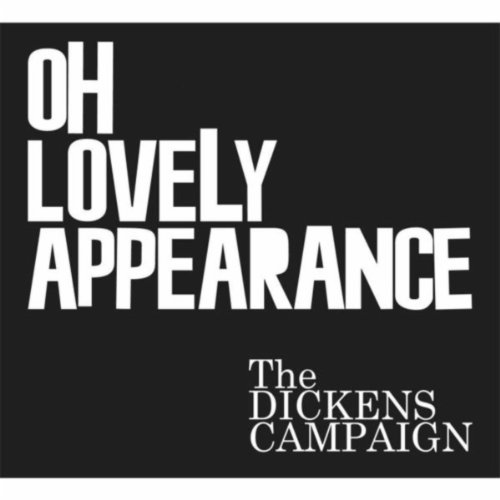 Drummer/composer Deric Dickens hails from South Georgia and now lives in Brooklyn, New York.  His self-released 2011 debut, "Speed Date", was a series of 20 duets, 6 of which were created with the instruction to keep the musical interactions under 1:14. For his new CD, "Oh Lovely Appearance" (also self-released), there are no restrictions on the length of the tracks (3 of the 10 are over 5 minutes) and there are now 3 musicians playing the music.  The drummer calls the trio The Dickens Campaign, with Kirk Knuffke (cornet) returning from the debut CD and guitarist Jesse Lewis (Jon Irabagon, Ike Sturm, Michael Webster) filling out the ensemble.

In his notes, Dickens call the album "an homage to musical archivist Alan Lomax. 4 of the pieces come from the Lomax collection and there is a strong Americana feel that permeates the tracks.  There's the hard-edged blues of Henry Truvillion's "Roustabout Holler", a piece from the 1930s that Dickens rearranges to give its a Black Keys-type feel (Knuffke rises above the fray with a fiery solo.) The title track is an old prayer ("Oh Lovely Appearance of Death") that Dickens re-imagines as a country blues (with just a hint of a Celtic influence in the guitar accompaniment.) The modified skiffle beat of "As I Went Out for a Ramble" (credited to Hazel Hudson) has the feel of a Johnny Cash song from the late 1950s, only with Lewis on acoustic guitar. William Walker's "Hallelujah" dates from the mid-1800s and is a gospel favorite, especially among shape-note singers. Dickens keeps a steady beat while Knuffke and Lewis share the melody.

Elsewhere, there's the soulful "My Baby Likes to Sing" that sounds a lot like Ray Charles' "Unchain My Heart"; the track features a strong cornet solo and great rhythm work from Lewis. The slow blues of "I Should Have Known" features a blazing, blues-drenched, guitar solo and a sly turn on the cornet. "Twice My Heavy" would not sound out of place on a Buddy Guy recording, a simple melody over a steady rhythm.  More squalling guitar work that sounds great pouring out of the speakers.  Dickens ode to one of his inspirations, the late Paul Motian, bears the drummer's name and also has a wide-open sound like many of the pieces he recorded over the last 15 years of his life.  With Paul Motian, music was not about technique but feel and real emotions. Dickens captures that on his song.  "Poem" has a similar feel, with the cornet gliding above the sparse guitar lines and the leader's fine brush work.

"Oh Heavenly Appearance" is joyous without being giddy (most of the time), respectful without being too brash, and quite delightful all the way through.  It makes great sense that Deric Dickens created a group name - The Dickens Campaign -  because this music is a true group effort.  Play it loud, play it often and pray that he takes this show "on the road."  For more information, go to www.dericdickens.com.
Posted by Richard B. Kamins at 9:52 PM